Interesting Facts About The Gambia 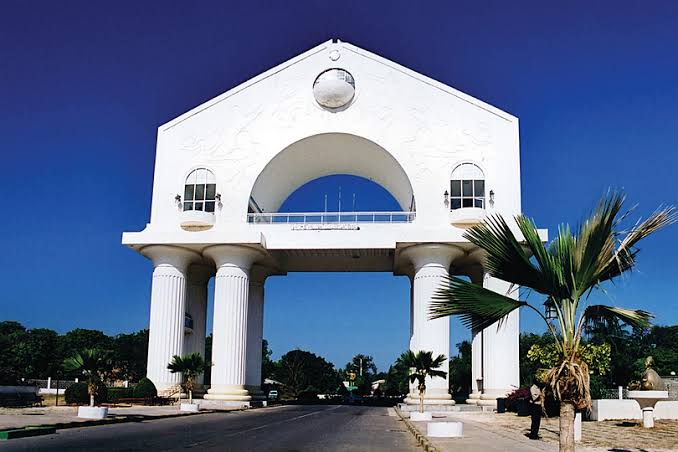 The Gambia, on Africa’s Smiling Coast, is famous for having friendly, hospitable people.

Those who have had the great pleasure to travel there have also gushed about its stunning, uncrowded beaches, describing it as a beach lover’s paradise.

Even though The Gambia is a small country, it has a diverse culture, history, and natural beauty.

Do you want to know more about the nation? Here are 10 fascinating facts about the Gambia that you should be aware of.

1. There are nine different tribes in The Gambia

The Mandinka, together with the Fula and Wolof, is the largest of these tribes, and they coexist peacefully.

Due to the differences, learning any local language becomes a little more challenging. Despite being a former British colony, many people speak English regardless.

2. Gambians cast their votes with marbles during elections

Voters are provided with holes in the ground labeled with each candidate in a private booth. After that, they just throw their marble into the chosen hole.

3. In Bakau, there is a sacred crocodile pool

There are over 100 crocodiles of all sizes and forms living in the Kachikally crocodile pool. All of them are carefully cared for (and, more importantly, fed!) therefore don’t endanger the everyday stream of tourists who come and go.

While you’re here, you should definitely stop by the site’s modest museum, which offers a much more thorough explanation of how and why the region came to be designated as a sacred space.

The waters are still believed to have healing and reproductive properties. The museum is an interesting spot to spend an hour and features a variety of different magical objects related to the nearby tribes.

The Gambia is a broad region on Africa’s west coast that runs parallel to the River Gambia and is bordered by Senegal on both sides.

Its maximum width of fewer than 30 miles makes it exceedingly narrow. Despite being small, the nation has a sizable population of 2.28 million.

5. The major source of revenue is agriculture

The Gambia’s economy is mainly reliant on tourism, although groundnuts are the country’s second-largest cash crop.

This industry, which is vulnerable to unfavorable climatic circumstances and still mostly operates at the level of subsistence farming rather than commercial enterprises, employs about 80% of the people.

Islam is the major religion in The Gambia
The nation is also very respectful of other faiths, and there are a few Christians living there as well.
It is customary to fast for one month each year during the festival of Ramadan.
Six weeks later, the family celebrates Tobaski, which involves buying and killing a ram to share with loved ones, friends, and the less fortunate in remembrance of Abraham’s willingness to sacrifice his own son.

There are about 600 bird species to be aware of
The nation is without a doubt a birdwatcher’s dream, with 600 species waiting to be found in the forests and along the rivers’ banks.
Don’t forget your camera because as you travel farther inland, you’ll also come across hippos and crocodiles living in the river as well as Green Vervet and Red Colobus monkeys in various hotel gardens.

It’s one of the friendliest and safest places to visit in the world
Due to its friendly and inviting residents, the nation’s economy mainly depends on the tourism industry. It also goes by the moniker “The Smiling Coast” because of where it is on the African map.

Bissap is the nation’s number one drink
Manjo, also known as bissap, is an infused herbal tea prepared from the hibiscus plant’s blooms and is a blood-red color and almost unbearably sweet. It’s typically flavored with ginger or mint and is a cooling midday drink. According to studies, it might also lower blood pressure and hypertension.


The Gambia was historically the hub of the slave trade
James Island, originally known as Kunte Kinte Island, was as a significant stopover for the transatlantic slave traffic and was designated a UNESCO World Heritage Site in 2003. As he traced his ancestry back to the banks of the River Gambia, American novelist Alex Haley brought attention to the slave trade from this region in his best-selling book “Roots,” which was also made into a TV miniseries.

Today, you can take a trip upriver to some of the historical sites, such as the museum of slavery and the town where Kunte Kinteh, Haley’s great, great grandpa, is reputed to have been born. By educating visitors about the history of transatlantic slavery in this part of West Africa, the museum brings the past into the present.