Finally! The Rumors are true! Rihanna is expecting her first baby with A$AP Rocky 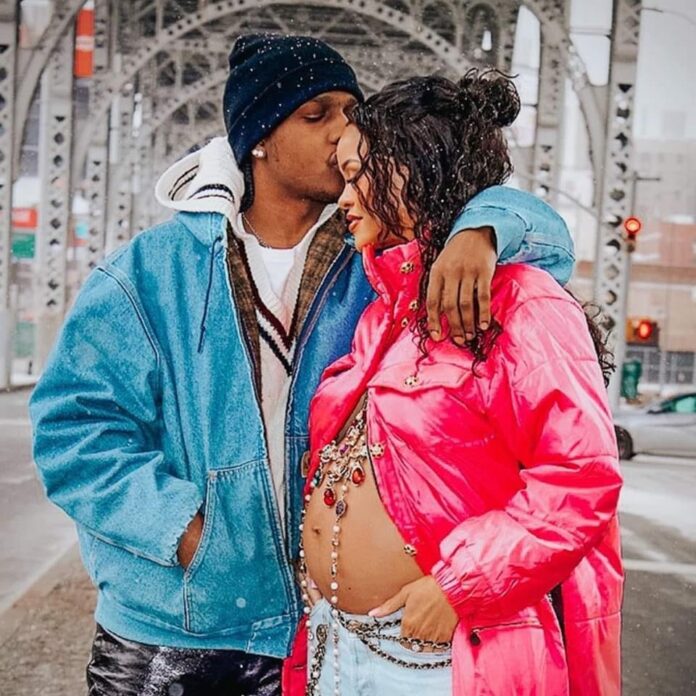 Late last year, rumors had it that the Star singer and Fashion Mogul was pregnant, however the rumors were not specifically confirmed by Riri.The #Rihannapregnant rumor flames were fanned after Rihanna was named a National Hero; in her homeland of Barbados at the country’s celebration of becoming a republic. But, the Umbrella crooner has finally confirmed that she is expecting her first child with her lover, Rapper A$AP Rocky, by flaunting her baby bump in a new loved up photoshoot. 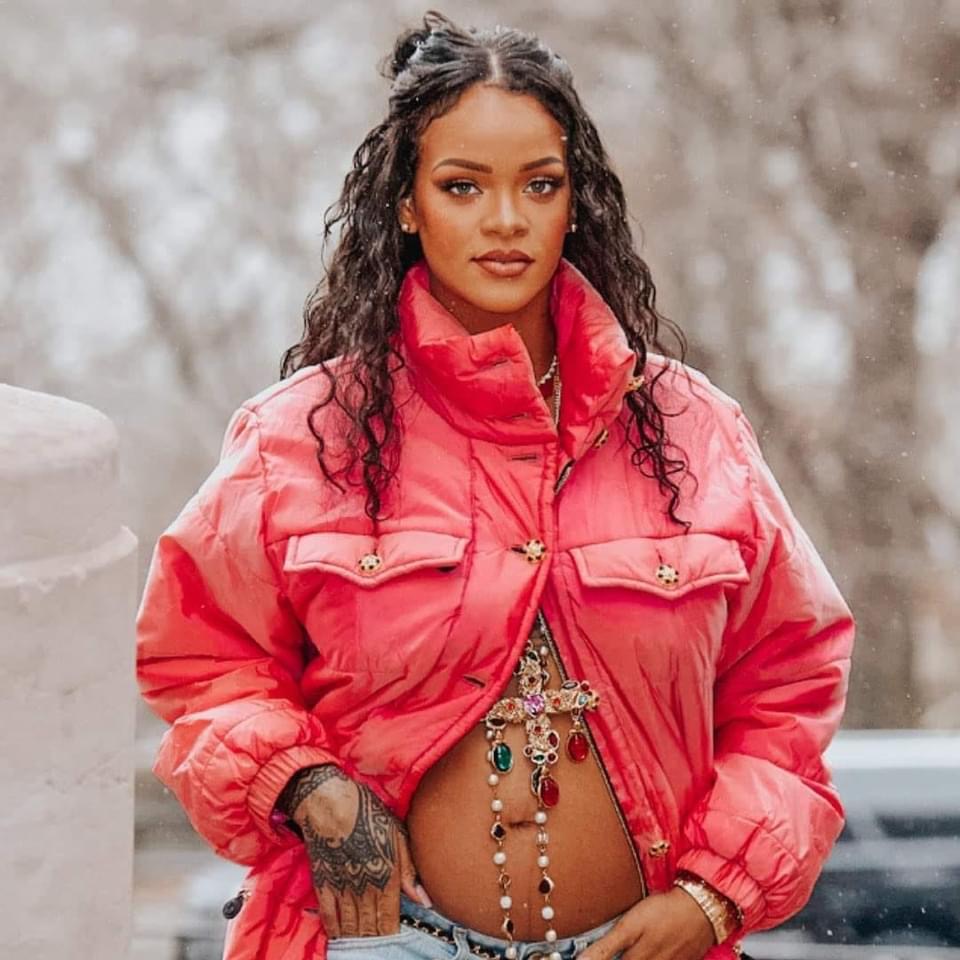 According to People, The couple were photographed out in New York City over the weekend; where Rihanna showed off her baby bump for the first time; while wearing a long pink jacket. Her oversized outerwear was unbuttoned at the bottom to reveal her growing bump adorned in a gold cross with colorful jewels. 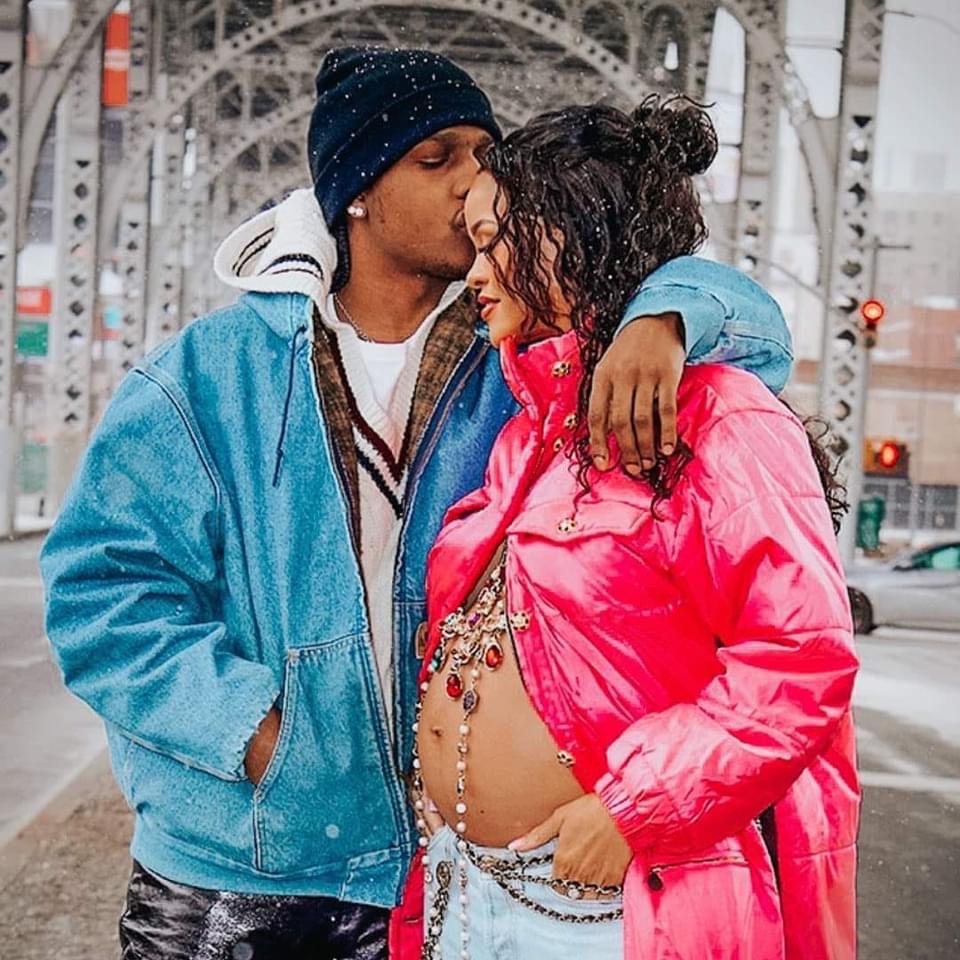 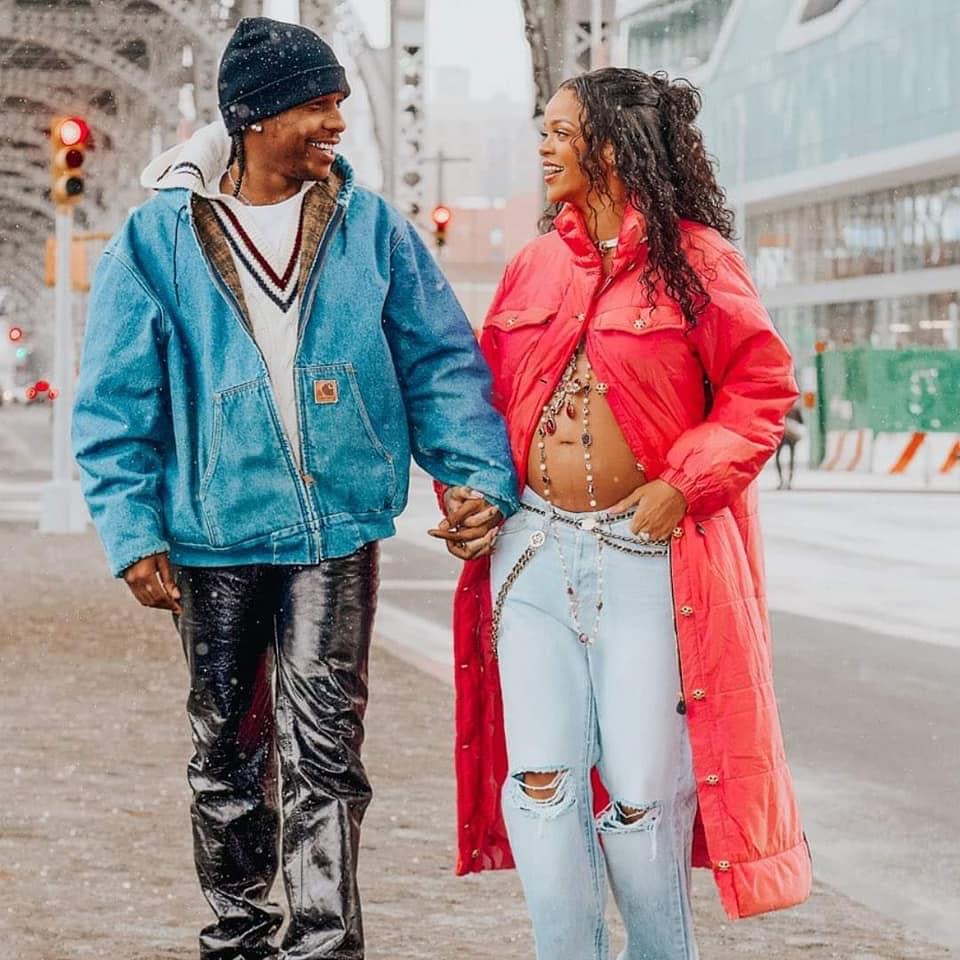 Back in May, A$AP Rocky told GQ Magazine, about his romance with Rihanna; calling her the “love of my life.” When asked what it felt like to be in a relationship, he said, “So much better. So much better when you got ‘the One.’ She amounts to probably, like, a million of the other ones. I think when you know, you know. She’s the One.”

In regards to fatherhood, A$AP Rocky who is also 33 years old just like Rihanna; said starting a family is “in my destiny, absolutely.” As he put it at the time, “I think I’d be an incredible, remarkably overall amazing dad. I would have a very fly child. Very.”