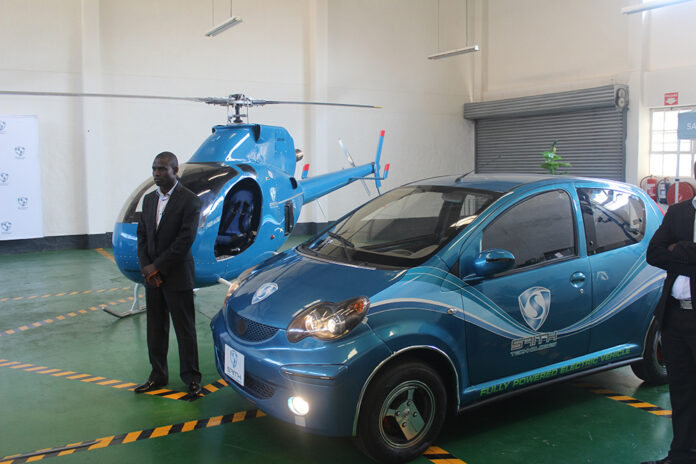 Maxwell Chikumbutso, is a self taught Zimbabwean innovator whose work and achievement history has been an innovative realm of daring and mind-boggling discoveries. However, Following his trail of controversial discoveries, are a set of critics from popular media on one side of the divide; who are doubting and trying to disapprove his works whilst he rallies on with new findings and innovations.

Maxwell, from his tender age, has had a huge interest in the tech world. And as such with his innovations at a younger age, he earned a profile as a; “prominent young man in the innovation industry” in the year 1999.

Maxwell’s rise to fame was boosted with a discovery he themed “Digital Navigation Facilitator”; a technology used to facilitate landing of aircrafts. This was tested and approved by the Air Zimbabwe Technical Training Centre.

His controversies in recent years started after he announced and practically demonstrated a green energy technology developed to convert radio frequencies directly into clean and renewable energy. Unfortunately, the authorities said the discovery violates the laws of physics and for that reason he could not patent his dicovery.

Maxwell remains one of the most underrated but highly productive African innovators. From the manufacturing of a hybrid helicopter that runs on six different types of fuel; to a green power generator which produces electricity using radio frequencies, cordless televisions with free energy and other notable products; Maxwell should have been out there with the media attention because of the notable impact.

A Notable Business Mogul; Luis Cupenala, identified as an Angolan businessman and chairman of Bongani Group has placed a huge bet on his talent, after Maxwell caught his attention a while ago.

Today, his innovations have made sense to major players in the industry with contracts secured in the likes of the United States where he operates more. In one of his interviews confirming the relocation of his company, Saith Holdings Inc. to the US, the inventor said:

“The USA Government saw what Africa did not and California is now our HOME, the Head Office of Saith Holdings Inc. I always love AFRICA and I’m so proud of being born and raised in AFRICA. I will surely come back to Zimbabwe where everything started.”

Currently, he operates more from the United States as highlighted in the report. Now the major question on almost everybody’s lips  is ” Is Africa losing its top talents to the West?”

Share
Facebook
Twitter
Pinterest
WhatsApp
Previous article
Long-standing cooperation between Jamaican artistes and their African counterparts is experiencing another boost
Next article
Jeremiah, the Kind hearted hawker who gave money to prisoners, gets rewarded for his benevolence by Nigerian Billionaire, Obi Cubana, promises him schorlarship and employment