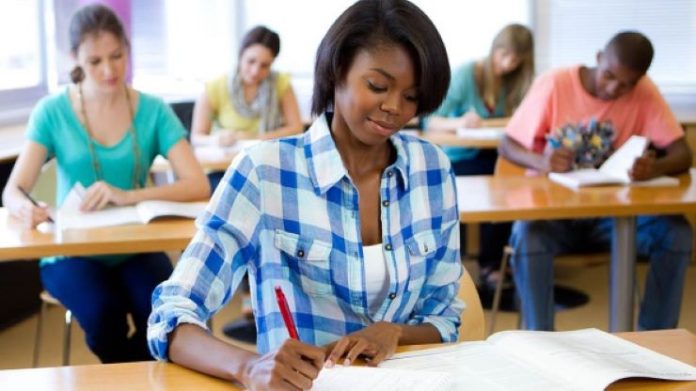 The list of the oldest universities in Africa is quite a long one. Due to the continent’s history and culture, Africa is home to many ancient universities that have stood the test of time.

With Africa being a hub for education, there’s no shortage of opportunities to study. The oldest universities in Africa are some of the continent’s best-known institutions of higher education.

With over a century of tradition and experience, these schools have come to dominate their regions by offering top-class education, research opportunities, and learning facilities.

If you’re looking for a place to start, these 10 oldest universities in Africa should be on your radar.

Fatima al-Fihri (the daughter of a wealthy merchant named Mohammed Al-Fihri) established the University of Al-Karaouine or Al-Qarawiyyin in 859AD, along with a madrasa.

This university is Africa’s first university and it is one of the Muslim world’s most important spiritual and educational hubs.

Leo Africanus, Muhammad al-Idrisi (a geographer), and Maimonides, a Jewish philosopher, are just a few of the university’s prominent alumni.

The University of Al-Azhar” is Egypt’s oldest degree-granting university and also ranks second on the list of the oldest universities in Africa. The university is known as “Sunni Islam’s most distinguished university.” It is affiliated with the Al-Azhar Mosque in Islamic Cairo.

The Fatimids established it as a center of Islamic learning in 970 or 972, and its pupils studied the Qur’an and Islamic law in-depth, as well as logic, grammar, rhetoric, and how to calculate lunar phases.

It was one of the world’s first institutions, and the only one in the Arabic world, to survive as a modern university with a secular curriculum.

The Church Missionary Society founded Fourah Bay College, popularly known as the University of Sierra Leone, in 1827, making it the oldest university in West Africa and also the first western-style institution to be erected in the region.

It began as an Anglican missionary school, with the goal of training Africans to become schoolmasters, clerics, and catechists.

It is one of the University of Sierra Leone’s constituent colleges and several significant Sierra Leone politicians have attended the university, as well as numerous Ghanaians who played key roles in the country’s independence (Kojo Botsio, Casely Hayford).

The University of Cape Town (UCT) is a public research university in Cape Town, South Africa and is located in the Western Cape province.

As well as being on the list of the oldest universities in Africa, UCT was also named the best university in Africa for graduate employability.

The University of Liberia was founded in 1863 as Liberia College and became a university in 1951, after being authorized by the national government in 1851.

The school is one of West Africa’s oldest higher education institutions.

Egypt’s Cairo University was established on December 21, 1908. Previously, it was known as “Egyptian University” and then “Fuad University.”

In contrast to the religious institution of Al Azhar, Cairo University was formed as a European-inspired civil university, and it became the primary indigenous model for other state universities.

The University of Algiers arose from a number of higher-education institutions established in Algeria’s first university during French colonial control in the nineteenth century.

It is known as Mother University and is located in Algiers, Algeria’s capital.

Makerere University in Kampala, Uganda’s largest higher education institution, was founded in 1922 as a technical school.

It was renamed the University of East Africa in 1963, and it began offering courses leading to University of London general degrees.

Makerere University now has nine colleges and one school, with over 36,000 undergraduates and 4,000 postgraduates enrolled in its programs.

The Institution of Ibadan (UI) is the oldest university in Nigeria.

On campus, the institution has distinct botanical and zoological gardens, as well as residential and sporting facilities for staff and students.

Wole Soyinka, winner of the Nobel Prize in Literature in 1986, is a well-known Unibadan alumnus.

The Institution of Ghana is the country’s oldest and largest public university, with about 40,000 students. It was granted full university status in 1961.

The university’s curriculum was enlarged as part of a national educational reform effort to include additional technology-based and vocational courses, as well as postgraduate study.