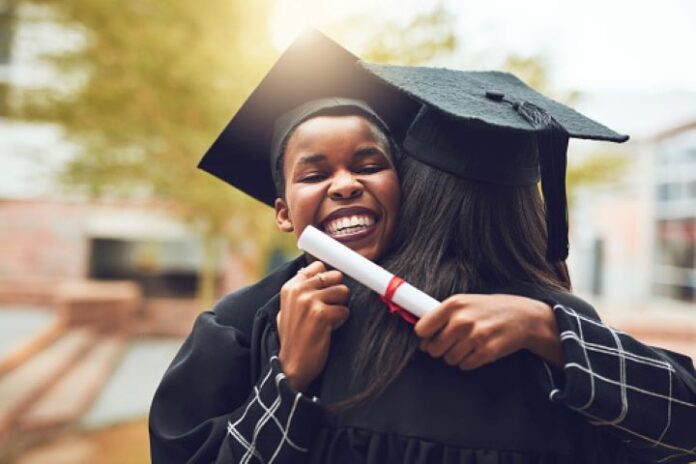 The continent of Africa is home to many universities, some of which are amongst the top best universities in the world.

Africa’s higher education system reflects its many cultures and customs.

The continent is continually changing and improving on many fronts. One of the most prominent areas of development is the education sector.

African countries are heavily investing in this sector so as to produce high-quality professionals who will help push their respective nations forward commercially and economically.

From languages to literature and architecture to research, you can study almost anything you want in Africa, while getting intimately familiar with its people, culture, and heritage.

As more and more students turn to Africa for their university education, more and more institutions of higher learning are being created. The continent is home to a diverse mix of universities that have constantly made breakthroughs in every field.

The greatest institutions in Africa have achieved their high rankings in a variety of ways, and their students’ results are comparable to those of students from other continents.

These institutions of higher learning provide quality education to students from every social class, giving them the necessary skills and training for employment in the private and public sectors.

The top best universities in Africa in 2022 are spread across different countries with South Africa and Egypt taking the lead.

The Top 10 Best Universities in Africa

The University of Cape Town is a public research university located in Cape Town in the Western Cape province of South Africa.

UCT, as it is commonly known, is a top institute in Africa, the No. 1 university in Africa, and No. 109 globally in the recent 2022 edition of the U.S. News & World Report Best Global Universities Rankings.

The university, established in 1829, owns the title of South Africa’s oldest tertiary institution.

During the apartheid era in South Africa, the university became a leading center for research and education, which later influenced developments across the entire country.

The university also consists of more than 80 research units, 57 departments, and 6 faculties.

2. The University of Witwatersrand, South Africa

This is also known as the University of Wits and is located in the northern areas of central Johannesburg.

The University of Witwatersrand was established in 1922 and is fully accredited by the country’s department of higher education.

It is recognized as the second-best university in South Africa and since its inception, the university has produced well-known and respected personalities in the country, among which is Late Nelson Mandela, the first president of South Africa.

The institution also offers various courses both in the undergraduate, master’s, and doctorate programs as well as in diplomas and certificates.

If you are seeking to study at a world-class university that is also welcoming to both local and international students, then Wits is the right pick for you.

The University of KwaZulu-Natal (UKZN) is a multi-campus South African public research university that offers a wide range of courses and programs for undergraduate, postgraduate, and doctoral degrees.

It is recognized by the Department of Higher Education and Training and has been in existence since 2004 after it was merged with another university—The University of Durban-Westville.

UKZN has five campuses in the province of KwaZulu-Natal with and all have a serene learning environment for students (both local and international) and professionals.

The university is ranked as the 4th best university in South Africa by The Times Higher Education University.

Stellenbosch University, is South Africa’s teaching public and non-profit research university with branches in three different locations across the country.

Located in Stellenbosch, in the heart of the Western Cape, South Africa, and known for excellent teaching and research facilities, SU offers a wide variety of degrees, including law, medicine, commerce, and science, amongst others.

It boasts an impressive reputation, combined with a rich, diverse history and dynamic modern outlook that provides for excellent academic and research opportunities for its students.

Cairo University also referred to as CU, is a public university located in Cairo.

It is among the best public universities in Egypt and Africa. Established in 1908, it offers academic programs ranging from bachelor’s degrees to doctorate degrees in various fields of study.

It houses 20 faculties and 3 institutions. It is among the top 50 centers for higher education in the world.

Its School of Medicine is among the first schools of medicine to exist in a center for higher education in Africa, and its school of Law stands out as being amongst the best on the continent.

Established in 1948, the university ranks among the best universities to study in Nigeria due to its excellent record in academics and research. The school offers both undergraduate and postgraduate degrees in a wide range of study areas, including arts, medicine, science, and engineering.

The University of Ibadan is one of Nigeria’s leading research-intensive universities and the first institution in Africa to award an academic degree.

The school has contributed greatly to Nigeria’s economic and political growth. Some of its most notable alumni include Chinua Achebe, the renowned novelist in Nigeria, and Wole Soyinka, a Nigerian playwright, novelist, and poet.

The University of Johannesburg (UJ) is a leading university in Johannesburg, South Africa, and has an outstanding reputation for providing quality higher education to students.

Johannesburg’s 4 campuses make it one of the fastest-growing universities in Africa and the globe.

Since 2005, UJ has focused on helping humanity, promoting knowledge, and embracing diversity.

Mansoura University’s main campus is located in the city of Mansoura, Dakahlia, Egypt. The institution, established in 1972, is an accredited institution that offers various degrees and certificate programs.

It boasts of a high student population of over 50,000 students and offers programs both for undergraduate and graduate degrees.

In its 47 years, the university has implemented a highly selective entrance criterion based on academic performance.

Kwame Nkrumah University of Science and Technology (KNUST) is a public university in Ghana, West Africa.

It became accredited by the Ghanaian government as the University College of Science and Technology in 1963.

Known as KNUST from the mid-1950s to 2002, its current name commemorates Kwame Nkrumah, the first president of Ghana.

It has 30,000 students, and 6 colleges, with branches in Accra and Sunyani.

The University of Pretoria is a public, non-profit learning institution located in Pretoria, South Africa.

Founded in 1908, it is one of Africa’s top colleges in terms of facilities and exchange programs.

The university has an estimated population of about 45,000 students pursuing bachelor’s, master’s, and doctorate degrees in various disciplines.

The University of Pretoria is a higher learning institution that is committed to providing quality, internationally recognized education to students.

This university has received top rankings in South Africa and Africa in recent years.

Going to a university in Africa can really be one of the most rewarding experiences you will ever have.

These universities are well-known for producing successful graduates.

So, if you want to study in Africa, we hope this information helps you make a better choice.