A Brief History on Cornrows 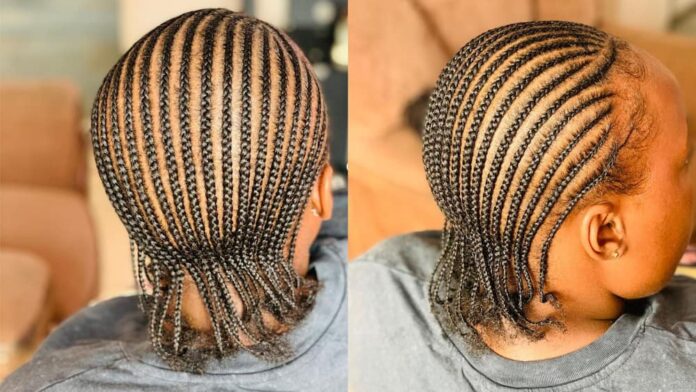 For as long as we can remember, cornrows have always been associated with African beauty. Even more, this hairstyle can be worn by both genders depending on what part of Africa you live in.

Over the past few decades, cornrows have become popular among women from various backgrounds. But many people are unaware of the rich history related to this hairstyle and the role the hairstyle played during the slave trade era.

Cornrows uses a specific plaiting technique in which the hair is braided in an upward, underhanded motion near the scalp.

This produces the corn rows, each of which is made up of a single raised row. In Africa, especially in West Africa, this particular hairstyle has remained very common.

For instance, the Fula women of the Sahel region had a distinctive traditional style that featured five long braids down the back and a little bunch of hair gathered at the top of a crown.

The matriarchs of each generation passed down this hairstyle from generation to generation. This made the Fula women take extensive care of their hair.

Slaves used cornrows as a map of escape

During the era of the slave trade, King Benkos Bioho was captured by the Portuguese from Africa.

He found his way to a village named San Basilio de Palenque where he eventually settled in after several attempts to escape from his masters.

Related post: 8 Natural Hair Goals You Should Try To Develop

The village was a camp for slaves who had escaped from their masters. King Benkos Bioho went as far as creating his own language and an army.

Benkos also came up with the idea of women using cornrows to create maps and communicate with each other.

The slave traders made a number of captives to shave their heads. They did this so they would appear neater and more professional. However, this was also done to make them lose their identity and culture.

While some African slaves chose to get their hair cut, others chose to plait their hair in close cornrows in order to appear more respectable.

The cornrows became extremely important in the transfer and production of maps to lead enslaved Africans out of their master’s house.

For instance, women would plait their hair in a form known as “departed” to indicate that they needed to flee. It was secured into buns on top and had thick, close braids that almost reached the scalp.

The number of plaits worn could signify the number of roads a person had to travel or the location of a meeting point.

African-American women made an effort to preserve the ancestors’ custom of braided styles despite the extreme challenges they encountered while they were enslaved.

The gold and seeds they hid in this hairstyle later served as a means of survival after they escaped. This hairstyle also provided a secure area to conceal valuables.

Cornrows were the ideal solution for such situations because slaves weren’t frequently given the opportunity to write, and even if they did, doing so could lead to serious problems for the people concerned if the messages or maps ended up in the wrong hands.

In order to prevent them from falling into the wrong hands and causing major problems for the intended recipients, such communications or maps had to be encrypted.

The best way to carry out such activities covertly was using cornrows. Who would have guessed that “black slaves” could conceal whole maps in their hairstyle? not even the cleverest slave owners.

The enslaved Africans were able to distribute them without raising any red flags very easily.
In their earliest forms on the continent, cornrows served a dual purpose: they were both fashionable and upheld social customs.