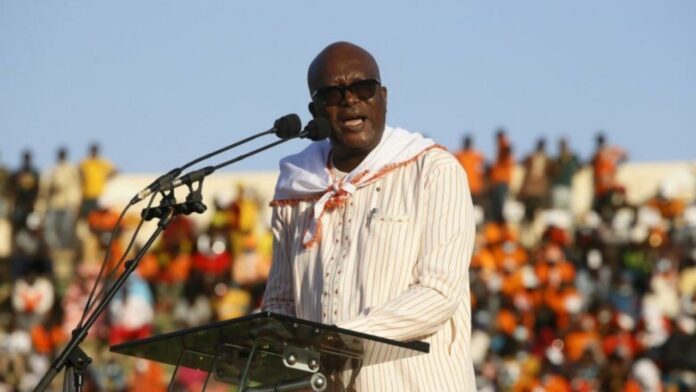 Burkina Faso’s former President Roch Kabore, who had been under house arrest since he was toppled in a military coup that occurred on  January 24; has been allowed to return to his family home, according to the country’s interim government.

The government said in a statement released; “After consultations started over three weeks ago with former president Roch Marc Christian Kabore; it has been decided that he will return to his home in Ouagadougou,”

Kabore was allowed to return to his residence in the capital Ougadougou on Wednesday; the interim government said, adding that security measures would be installed to “guarantee his safety”.

The release came after pressure from the Economic Community of West African States (ECOWAS); which once again demanded the unconditional release of the ex-leader at a summit in Ghana on March 25.

The government has so far resisted pressure from the regional bloc Economic Community of West African States (ECOWAS); to relinquish power in less than three years, saying its priority is to tackle insecurity across the country.

The military junta came to power after widespread discontent amid a spike in extremist attacks in the West African country.

The junta, authorized to rule the country for three years; overthrew Kabore and imposed other measures such as dissolving the government and parliament.

Burkina Faso, a country bordering Niger, Togo; Benin, and Ivory Coast, has a population of about 20 million people and has suffered from Islamist militants attacks since 2015.

According to the Burkinabe government; The attacks, blamed on groups allied to al-Qaeda and the Islamic State, have left more than 1.5 million people internally displaced.