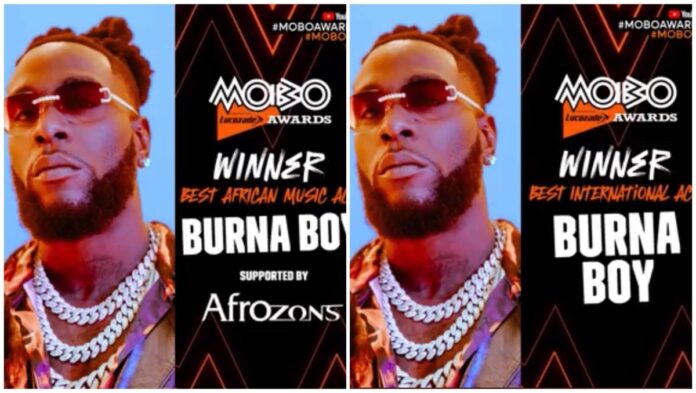 Congratulations keep pouring in for Nigerian singer, Burna Boy as he earns another win at the MOBO Awards, beating Kendrick Lamar, Beyonce, and Drake in the same category.

The African giant continues to conquer new territories and added a new feather to its list of achievements by claiming a win at the MOBO Awards.

This award marks Burna Boy’s second award in the 2022 edition of MOBOs as the singer also won the award for Best African Artist, beating Asake, Rema, Fireboy and Omah Lay.

This brings the star’s MOBO awards to a total of three following his win as the Best International Act of 2021 award.