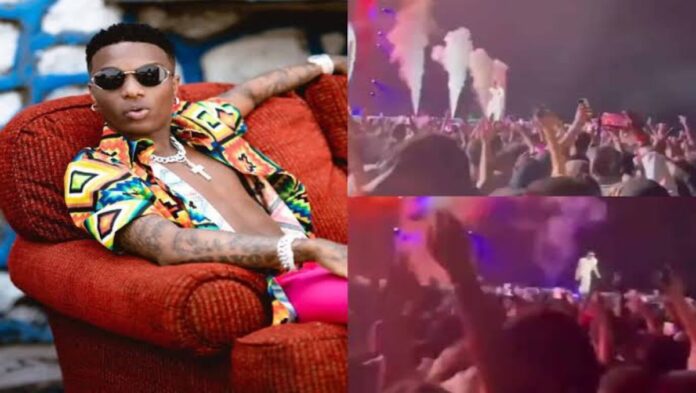 American rapper Busta Rhymes was spotted backstage with several others praising the Afrobeats artist for his successful performance. Busta Rhymes also told Wizkid that it was his first time seeing the Nigerian artist perform up close and it was amazing.

On Wednesday, November 16, 2022, Wizkid delighted his fans in the 20,789-seat stadium. The “Daddy Yo” singer received the audience at Madison Square Garden and had an unforgettable night.

Wizkid is currently touring 4 countries and has 22 shows scheduled. After the Madison Square show, the singer heads to the Ziggo Dome in Amsterdam.

At the sold-out event, Wizkid, popular musician on the African continent, revealed why he is the most decorated Afrobeats singer. Concertgoers flooded social media with photos and images of the star giving an incredible performance of her songs.

Burna Boy was the first African to sell out Madison Square Garden on Thursday, April 28, 2022, as part of the One Night in Space event. Attending the show stunned the world and ushered in a new era for African artists.