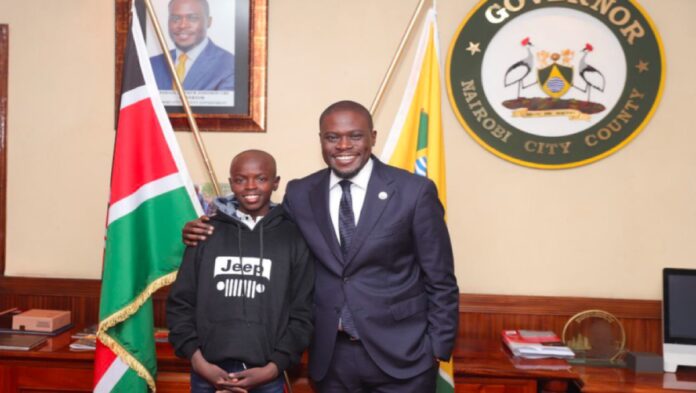 An impromptu inspection of street renovation works in the Central Business District by Nairobi’s Governor Johnson Sakaja ended happily for a street boy after the city chief offered to drive him to school.

The boy took the opportunity to explain his situation to the governor while making rounds around the city on Tuesday.

“Ibrahim Ali. This young man touched my heart. When I was inspecting shops in the CBD, he approached me and said he wanted to go to school. Now he has found a family and is going to school. I see a bright future. ” Said Sakaja.

Sakaga said the boy had been living on the streets for months after he was abandoned.

While the governor’s gesture is welcomed, a more sustainable approach is needed to address the plight of thousands of these children.

Some children fled conflict in their home countries such as Somalia and South Sudan, some lost their parents, some fled their homes, while others were left behind at birth.