Ethiopian Woman Among Seven Executed In Mass Execution In Kuwait 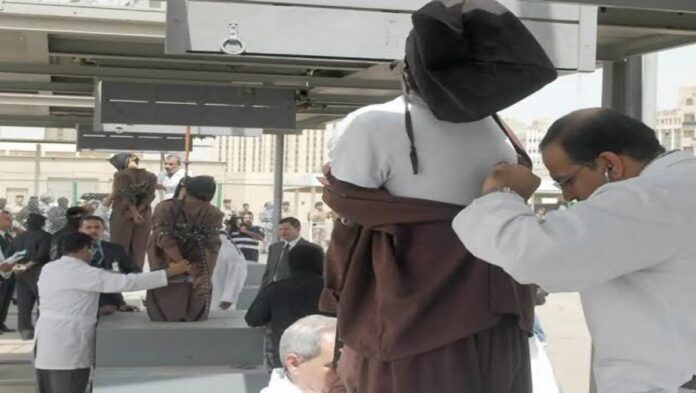 Kuwait carried out its first executions in five years, hanging seven people, including two women, despite pleas for pardons from international rights activists.

State news agency KUNA described those executed as all convicted of premeditated murder and other charges.

The news agency identified the dead as three Kuwaitis, including a Kuwaiti woman, a Syrian, a Pakistani and an Ethiopian.

“They have deprived the victims of their most sacred right in this world, which is the right to life,” Kuwaiti prosecutors said in a statement.

The Arab country has not carried out an execution since 2017, when it also carried out a mass execution of seven prisoners, including a member of the ruling family.

Also, read; Tupac’s Stepfather, Mutulu Shakur to be Freed From Prison After More Than 35 years

Executions are rare in the rich Arab country, with the sixth-largest oil reserves in the world. The last time before 2017 was carried out in 2013, when a Pakistani, a Saudi and “Bidun” – a term used in the emirate for people without citizenship – were hanged.

The European Union immediately criticized the executions, which coincided with a visit to the country by European Commission official Margaritis Schinas.

Schinas separately warned in a statement that the EU “will draw consequences from discussions on the proposal to add Kuwait to the list of visa-free countries”.

The European Parliament was scheduled to vote on Thursday on a proposal to increase visa requirements for Kuwaitis and residents of neighboring Qatar in the European Union.

Amna Guellali, an employee of Amnesty International, had already called for a halt to the executions.

“The death penalty is a violation of the right to life and the most cruel, inhuman and degrading punishment,” she said.