11 African Musical Instruments You Didn’t Know Were from Africa 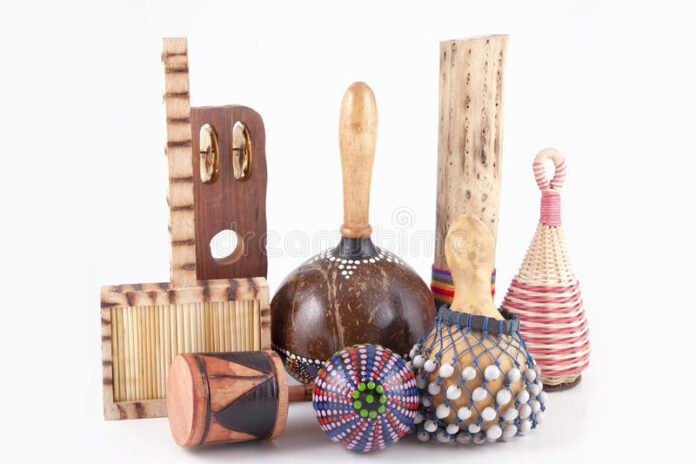 The sounds of African instruments are varied and distinctive. For that reason, these African musical instruments have been able to impart music from various parts of the world.

Africa is music, and the instruments she gave the world are used to create sounds that are exclusive to the continent.

There are instruments that have been used for millennia before colonization, you might even be surprised to learn that the following African musical instruments, both in their original and updated forms, are from Africa.

African music has a rich history and is as diverse as the many tribes and ethnic groups that make up the continent.

Music is a huge part of religion and culture in Africa. In Africa, songs and music are used in rituals and religious celebrations, as well as for dancing and singing, and to pass along stories from one generation to another.

African musical instruments have different purposes; some may only be used in religious or ceremonial contexts, while others are employed for pleasure in more scholastic contexts.

Here’s a list of 11 African musical instruments to know about:

This musical instrument is made of tiny wooden planks that are assembled on a wooden platform (usually like the bars on a piano). The Marimba can be thought of as an African xylophone in a way.

With a mallet or stick, you can create sounds by striking the wooden planks. Kenya, Zambia, South Africa, and Zimbabwe all have marimba players.

The instrument, which was created in Zimbabwe, is hailed as the “mother of singing” and inventor of musical instruments. It was brought to Central America in 1680, and Guatemala officially adopted it as its national instrument in 1821.

This calabash-and-skin-covered stringed instrument is so adaptable that it is referred to as a “double-bridge-harp-lute.”

It has been used for over 5000 years and is typically strung in time with storytelling, poetry readings, or singing.

It is widely used in both western and eastern Africa. It has several different forms all over Africa, including the lute, ngoni, gonje, and more.

Over 5000 years have passed since it was first used, and it is typically played in time with storytelling, poetry readings, or singing.

It is frequently compared to a guitar or harp. The Gambia, Senegal, and Guinea-Bissau are where the Kora, the ancient African instrument, first appeared.

Also read: 7 Music Festivals in Africa You Should Plan on Attending

The akoting, which can be found in Senegal, Gambia, and Guinea Bissau is said to be the parent of the contemporary banjo.

Oral tradition holds that the Senegalese village of Kanjanka is where the instrument originated. It contains one drone string, two long melody strings, and a skin-headed gourd body.

Many of these instruments, which are members of the idiophone family and are used all over the world, originated from Africa and go by various names, including agidigbo, kisanji, sanza, and the Caribbean marimbula.

Variations of these instruments can also be discovered in Siberia and were mentioned in written history as early as the 16th century. Hip-hop music occasionally makes use of the marimbulla variation.

Because it is played using the thumb and fingers, it is frequently called a “thumb piano.” An ancient musical instrument called the Mbira can be found across the continent of Africa.

However, the Zimbabwean Shona population has closer ties to the instrument. It is a member of the idiophone family and has between 22 and 28 keys affixed to the wooden surface.

The balafon is a musical instrument that is played similarly to the xylophone and is common in Ghana, the Ivory Coast, Mali, and Burkina Faso.

According to oral history (told by griots), the instrument originated in Mali, and it has been mentioned in writing since the 14th century.

These drums are also idiophones, and there are variations in Zaire (alimba), Igbo (ekwe), Congo (mukoku or lokole), and Guinea.

The ‘drum’ comes in different sizes depending on the purpose it is intended for and is made from hollowed-out tree trunks with rectangular slits cut into the top.

The talking drum is a West African drum with an hourglass shape whose tone may be adjusted to simulate the prosody and tonality of human speech.

The drum’s two drumheads are connected by leather tension cords that the player can squeeze between their arm and body to alter the pitch of. A proficient player can play complete phrases.

Depending on how they are played, talking drums frequently have a humming sound similar to a person.

The algaita is a double-reed wind instrument most commonly played in West Africa by the Hausa/Kanuri people of Northern Nigeria.

It is occasionally heard on jazz recordings. The algaita’s body is wrapped with leather, and it has four fingerholes as opposed to the sorna’s seven in the Iranian sorna (a double-reed woodwind made of grass).

It is a member of the woodwind family. It is made of wood that has been wrapped in leather and has a brass mouthpiece with four holes for the fingers.

The Fulani people of Northern Nigeria play the Algaita, which has its origins in West Africa. The pipe vibrates when air is blown into it, which causes the sound to come from it. Jazz music occasionally makes use of this sound.

The djembe is a goblet-shaped drum that is coated in skin and tuned by ropes. It is thought to have originated in West Africa and be related to the Numu caste of Mandinka blacksmiths.

With the emergence of the Mali Empire (1230 AD), which includes the modern-day nations of Senegal, Mali, Burkina Faso, Ivory Coast, and Gambia, the musical instrument was spread along the west coast of Africa.

This wonderful instrument is renowned for its flexibility. A broad variety of pitch noises are produced by striking various areas of the drum.

The Mandinka people of modern-day Mali in West Africa are the originators of this percussion instrument, which later spread to Guinea, Senegal, and Gambia.

The udu is an ancient instrument used by the Igbo women of southeast Nigeria. It is essentially a clay water jug with an additional hole in it.

It makes a sound like a liquid water droplet when the player touches it with their palm or fingers.

The udu is a centuries-old instrument used by the Igbo women of southeast Nigeria. It is essentially a clay water jug with an additional hole in it. It makes a liquid, water droplet sound when the player strikes it with their palm or fingers.

This West African musical instrument, also known as shekere, is often a gourd that is either covered in stringed beads or filled with beads, seeds, or stones (axatse) (shekere). It provides a range of musical effects when shook or slapped.

Some claim that the Maracas are of Latin heritage, while others assert that they are West African in origin.

The gourd-shaped maraca, which is typically strung up with beads, is a member of the percussion family of musical instruments.

You might also put beads or pebbles inside the gourd. Slapping the gourd results in a distinctive sound. Shekere is a common name for it in Yoruba.