Candido Da Rocha: The First Nigerian millionaire who was the son of a returnee slave 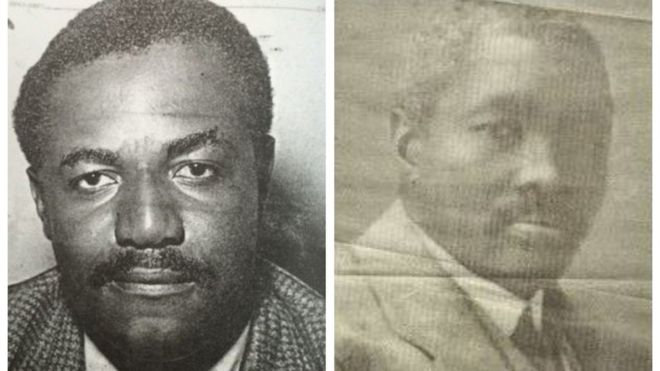 Candido Da Rocha was a Brazilian slave born in 1860 and he was the son of Joao Esan Da Rocha.

Senior Da Rocha, a member of the Yoruba subgroup Ilesha, was kidnapped at the age of 10 and sold into slavery in Brazil in 1840.

When the majority of Brazil’s liberated slaves were allowed to trace their ancestry to the Yoruba tribe Ilesha in 1871, Esan left Brazil and returned to Nigeria.

Upon his return, Esan started an empire of business. On his return, he allegedly purchased two homes in Lagos, including the well-known Water House. Esan was a prosperous businessman, according to The Torch Bearers or Old Brazilian Colony.

Esan Da Rocha was one of the returnees who petitioned the then Queen Victoria’s agent in Lagos to request a location for their resettlement in Lagos, and they were allotted the territories between the Central Bank of Nigeria on Broad Street and Kam Salem, near Obalende.

Esan Da Rocha constructed the Water House on property allotted to him. Because he returned with his wife of Nigerian descent and four children, he was given two parcels of land, including one on Tinubu Street.

Esan Da Rocha had a prosperous business career. Senior Joao Esan Rocha was a wealthy businessman—possibly the richest of his era.

His brother was Moses Da Rocha, a popular Nigerian physician of his time. He was rumored to be a voracious reader with a well-stocked collection that included Portuguese-language novels.

When they returned to Nigeria, Candido Da Rocha, who was rumored to have been born in Brazil, could only speak Ilesha and Portuguese.

Candido Da Rocha went to CMS Grammar School with other well-known Nigerians, including Olayinka Herbert Samuel Heelas Badmus Macaulay, who was a politician, surveyor, engineer, architect, journalist, and musician. Many Nigerians believe Macaulay to be the father of Nigerian nationalism.

According to history, Candido Da Rocha was said to have excelled in every class. At Water House, Joao Esan Da Rocha passed away on December 31, 1891.

Candido, then 25 years old, requested for the administration of his father’s estate in 1893. He built up his father’s company into a big empire when he gained control of it.

To demonstrate his foresight, he chose to also become an intern at a German company on Lagos Island that dealt with the importing and exportation of products rather than becoming a clerk, which was the custom at the time. He was able to hone his business sense thanks to this.

The Lagos Native Bank was founded in 1907 by J.H. Doherty, Sedu Williams, and Da Rocha. Before Da Rocha was duped, the bank competed fiercely with other major financial institutions.

In the 1920s, Candido started a water company that provided service to all of Lagos.

According to legend, Da Rocha received payment from the colonial administrators for providing water to Lagos State, and both the first borehole and the first water fountain were located in his home.

Candido made a fortune in the water industry. But in 1894, when a British gold prospector sold him gold bars for £6,000, he made his first “genuine” breakthrough.

He went to the Bank of West Africa, now First Bank to ask for a loan since he lacked the money to buy the gold bars.

Candido reportedly generated about a 200% profit by grinding the gold bars into gold dust and selling it to the goldsmiths.

Da Rocha, who loved horses and horse racing, was a founding member of the Lagos Race Club in 1891.

Candido Da Rocha had a number of houses in Lagos that he named after Brazilians. One of his most well-known assets was the Ilojo Bar, which he purchased at the age of 34.

Unfortunately, Ilojo Bar was demolished in 2016.

Candido Da Rocha’s personal life was out of the ordinary. Despite the fact that he was a devout Catholic, he never married.

Three different women had children for him. Alexander, his first and only son, with whom he had a major falling out in 1920 never saw again until his death.

He had four daughters as well. After the fall, Alexander moved to Ghana to be with his mother, which is why the Da Rocha family has a noticeable presence in Ghana today.

The great Lagos businessman died in 1959.

His residences include the well-known Water House on Kakawa Street and the other on Tinubu Street, both on Lagos Island. Esan passed away at the age of 88 and was laid to rest in Ikoyi Cemetery.

“was quite close to the British and the western world then. He had a strong work ethic and was well-respected. He disliked lying and deceit. When my mother moved in to take care of him, I resided with him in this home for nearly three years. He and I were quite close. I cherished him and he cherished me. He taught me a lot of things. Da Rocha provided the British government with one of his buildings, the Bonanza Hotel, during the Second World War in order to shield some Nigerian students at King’s College who were initially staying in a boarding house at Race Course.”

“The school was run there until the war was over. Among his close friends was Herbert Macaulay. Da Rocha refused to be a politician. When he was nominated to contest an election and people approached him requesting money to support his electioneering, he said, ‘If you want Da Rocha you vote for him, and if you want Da Rocha’s money don’t vote for me.’ Twice, when Macaulay was arrested by the British colonial government for speaking out against them, Da Rocha paid (a fine) on his behalf to prevent Macaulay from going to jail and warned that he would not come to his rescue the third time. Da Rocha was a staunch catholic. He respected God.

“He was very rich – he was a millionaire in those days and very generous. The elite in those days sent their dirty clothes to Britain for laundry. The Da Rochas, Johnsons, Dohertys and the Olowus, were the foremost wealthy people. They didn’t wash their clothes in Nigeria. They sent them abroad for laundry. Some of them had about five dozen shirts, five dozen vests, five dozen pants, and everything they could afford.”

Disclaimer: this work doesn’t belong to us. Sources are acknowledged below.