Omoba Aina: The Enslaved Yoruba Princess Who was ‘gifted’ to Queen Victoria 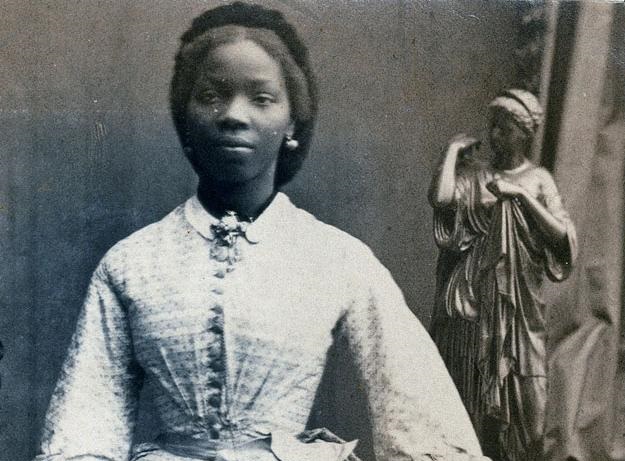 There are several stories that come with the history of the slave trade in Africa. In this article, we will look at a peculiar story of how Omoba Aina, a Yoruba princess from Nigeria became an adopted daughter of Queen Victoria.

Omoba Aina, also known as Sarah Forbes Bonetta, was a Yoruba princess born in Oke-Odan, Egbado which is now known as Ogun state in Nigeria.

This princess was brought to England and given to Queen Victoria as a “gift” from the ruler of the Blacks to the Queen of the Whites.

During the invasion, Aina’s parents and siblings were killed and other villagers were either slain or sold into the slave trade in the Atlantic.

Also, the unique tribal markings on her face showed that she was a princess, which made her a suitable candidate for a beheading ritual and led to her capture rather than a quick execution.

The orphaned princess was kept as a slave in King Ghezo palace, a notable supporter of the slave trade who permitted the trade of slaves from Dahomey to other ports before being sold into the slave trade.

King Ghezo did not only see the exchange, but he actually took part in it. This made Queen Victoria send some delegates to King Ghezo urging him to stop involvement in the slave trade.

In an effort to persuade King Ghezo of the Kingdom of Dahomey to halt his involvement in the slave trade, sea captain Frederick Forbes visited the monarch in 1850 as a delegate of Queen Victoria.

King Ghezo decided it would be wise to make a sacrifice in front of the guests, so Omoba Aina was chosen to be executed alongside other selected slaves but Frederick Forbes stepped in and pressed for the girl’s freedom.

He explained to the King that the girl would be a gift from him, the Black King to the White Queen in order to preserve the girl’s life without upsetting him and King Ghezo agreed.

After bringing Omoba Aina to England, Forbes gave her a new name, Sarah Forbes Bonetta, in honor of both himself and his ship, the HMS Bonetta.

She was praised by Forbes, who called her a “perfect genius” for her quick learning and musical talent.

After spending a few months in England, Captain Frederick took the young lady to the Queen, who immediately fell in love with Omoba Aina and decided to adopt her.

Queen Victoria was astounded by how well-versed in English Omoba Aina was at such a young age.

Omoba Aina received funding from the Queen to school at Palm Cottage in Kent. As time went on, Omoba Aina developed this persistent cough that was assumed to be caused by the cold weather in Great Britain.

This made Queen Victoria send her to school in Africa to school in May 1851. She attended the Annie Walsh Memorial School in Freetown, Sierra Leone (AWMS).

The only information on Sarah Bonetta in the school registration is that she was a ward of Queen Victoria and was student number 24 in June 1851.

Sarah was sent back to England when she turned 12 years old, where she was placed in the care of Mr. and Mrs. Schon at Chatham.

As usual, Sarah’s exceptional knowledge of academics, literature, art, and music continued to impress Queen Victoria so she provided her with a stipend for her well-being and encouraged Sarah to visit Windsor Castle frequently.

It was also during this period that the royal court began to recognize Sarah’s brilliance, and her excellent academic skills never ceased to amaze her teachers.

When she reached adulthood, she was already well-known as the goddaughter to probably the most powerful woman (at that time) and a member of the Victorian social elite.

In 1862, Omoba Aina fell in love and got married to James Pinson Labulo Davies, a 31-year-old Yoruba businessman who lived in Britain, although history claims that he also had Sierra Leonean lineage.

This of course happened with Queen Victoria’s approval. They were united in a magnificent ceremony by the Queen herself, despite the fact that it is thought that Sarah was not interested in getting married to this man.

The bridal party was also said to have consisted of White ladies with African gentlemen, and African ladies with White gentlemen,” as described in the ten carriages and pairs of grays that arrived from West Hill Lodge, Brighton.

After the wedding, the couple returned to Lagos, Nigeria and James Pinson Labulo Davies was elected to join the Legislative Council.

Sarah’s first daughter, Victoria, was born in 1863, not long after the couple had been married, and the Queen gave her permission to bear the name.

Sarah went with her daughter to see the Queen in 1867 after which she went back to Lagos again and had two more kids named Arthur Davies and Stella Davies.

Sarah Forbes Bonetta had a very good relationship with Queen Victoria and because of that, she and Bishop Samuel Ajayi Crowther were the only natives of Lagos for whom the Royal Navy had standing orders to flee in the event of a civil revolution.

Sadly, Sarah passed away in her late 30s after she was diagnosed with tuberculosis. She was buried in the British Cemetery of Funchal, which is located in the city of Funchal, the capital of Madeira Island, a Portuguese island in the Atlantic.

In honor of Sara Forbes Bonetta, her husband Captain Davies built a granite monument in the shape of a statue that stands more than eight feet tall in Ijon in Western Lagos, where he had established a cocoa field.

In 2016, as part of the BBC program Black and British: A Forgotten History, a plaque honoring Forbes Bonetta was erected on top of Palm Cottage.

In an effort to recognize black history in England, English Heritage commissioned artist Hannah Uzor to create a brand-new picture of Forbes Bonetta, which was put on exhibit at Osborne House on the Isle of Wight in October 2020.

In conclusion, the story of Omoba Aina is indeed one that shows the potential and intelligence of Africans even in the 19th century, as well as how much they may have accomplished if given the correct opportunities and platforms.

Imagine losing every member of your family at a young age and having to be adopted and loved by one of the most powerful in the world, truly amazing if one must say.