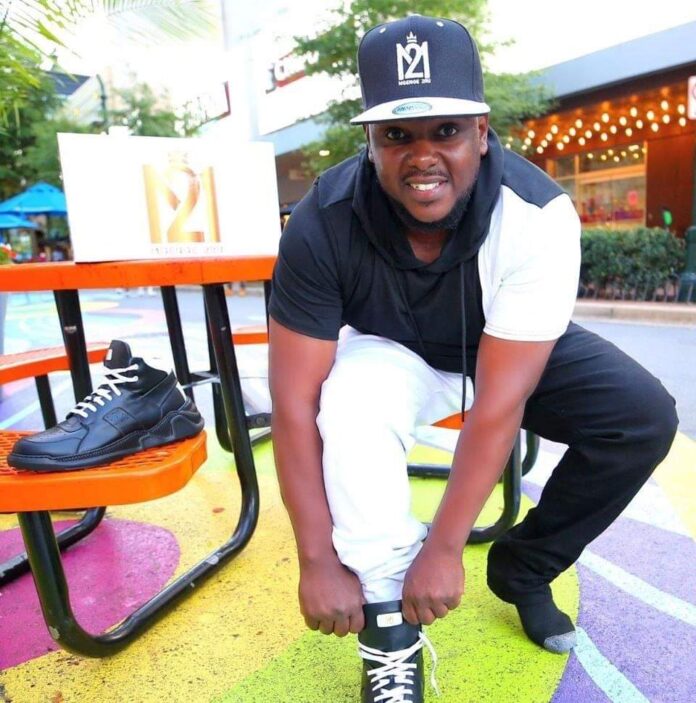 Hubert Nakitare, who goes by the stage name Nonini, has made history as the first Kenyan musician to own a sneaker line. The shoe line joins his clothing line, Mgenge2RU brands that have been in operation for the last 20years.

The singer reports to have invested over $2M in the business. He noted, “The shoes going for Ksh24, 000 are real international quality wear. They have been produced and endorsed by one of the best Italian shoe company.”

According to the artist, Mgenge2RU represents someone that’s real from lifestyle to music. The singer says that, “It’s an attitude that anyone can own, just like my life journey, #Grass2Grace.” Nonini continues to note, “We have heard of International artists owning clothing and shoe lines and we even wear them. But what about our local artists? Would you promote their brands? Would you purchase Mgenge2RU merchandise?”

Popular for his hits, Keroro, Mtoto Mzuri and Furahiday in the early 2000 Nonini moved to the US few months ago and have since ventured into growing his brand, the Mgenge2RU.

Asked why he decided to invest in the US the singer explained, “The US is a lucrative market because as you know, their economy is thriving and that is why my products are doing well here.”