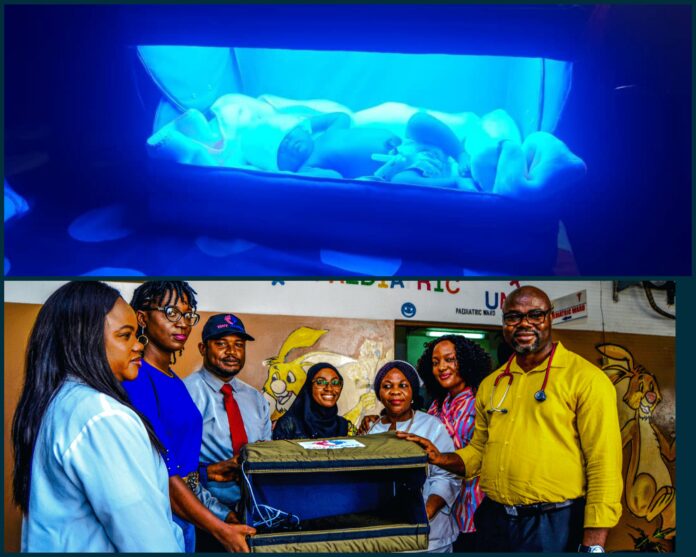 A Nigerian tech startup has invented baby cribs that are used to treat jaundice which is presently being used in Ghana and Nigeria and has saved 300,000 babies so far, the Crib was invented by Virtue Oboro.

Seven years ago, Virtue Oboro experienced every mother’s worst nightmare:  her newborn son was rushed into hospital for emergency treatment because the baby had jaundice.

Tombra, her son was diagnosed with jaundice, a common condition affecting more than half the percentage of newborns worldwide. Some cases are mild and resolve on their own; but more serious cases require phototherapy, where babies are placed under blue light. 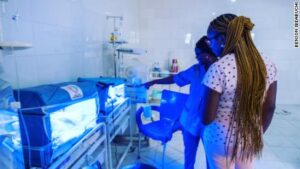 In some parts of the world, there are simple, effective treatments while in other places, like Oboro’s home country, Nigeria; access to the necessary equipment isn’t always possible. Not getting the right treatment can lead to irreversible health problems; including hearing loss,  brain damage, vision impairment, and cerebral palsy. While In rare cases, it can eventually lead to death.

Oboro’s child’s case was severe, but there were no phototherapy units available and the family waited for hours while his condition deteriorated. 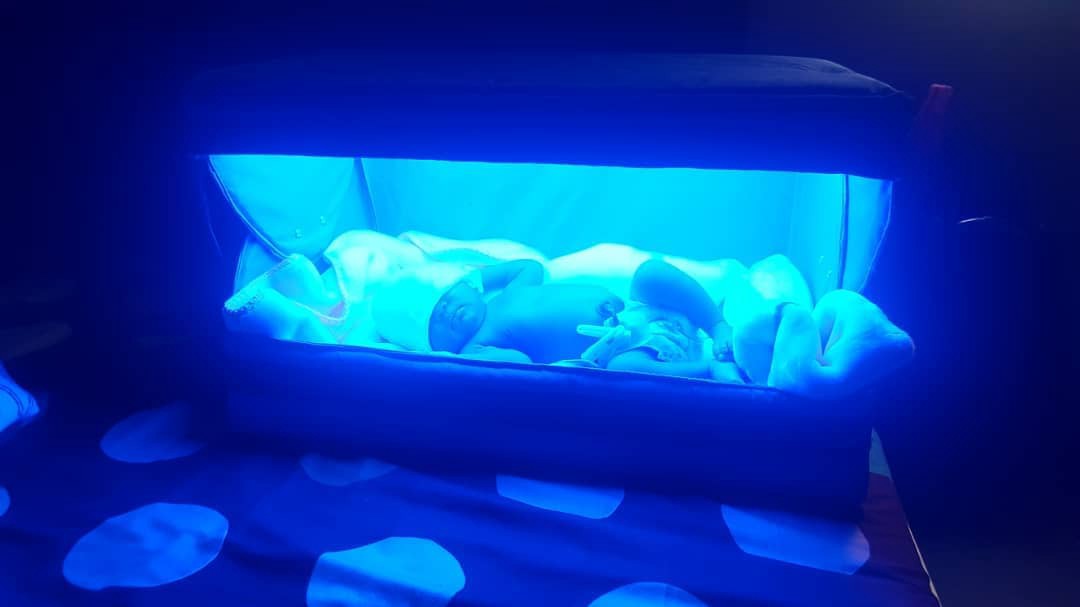 He was later on given an emergency blood transfusion; a risky surgery that bought valuable time until a phototherapy unit became available. 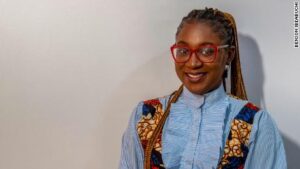 Oboro said she had to buy the bulb herself, and power outages meant the unit was off for several hours during Tombra’s seven-day treatment.

Despite the obstacles, her son who is now six years old made a full recovery. But Oboro said the experience was traumatizing and it inspired her to follow this part in her career. 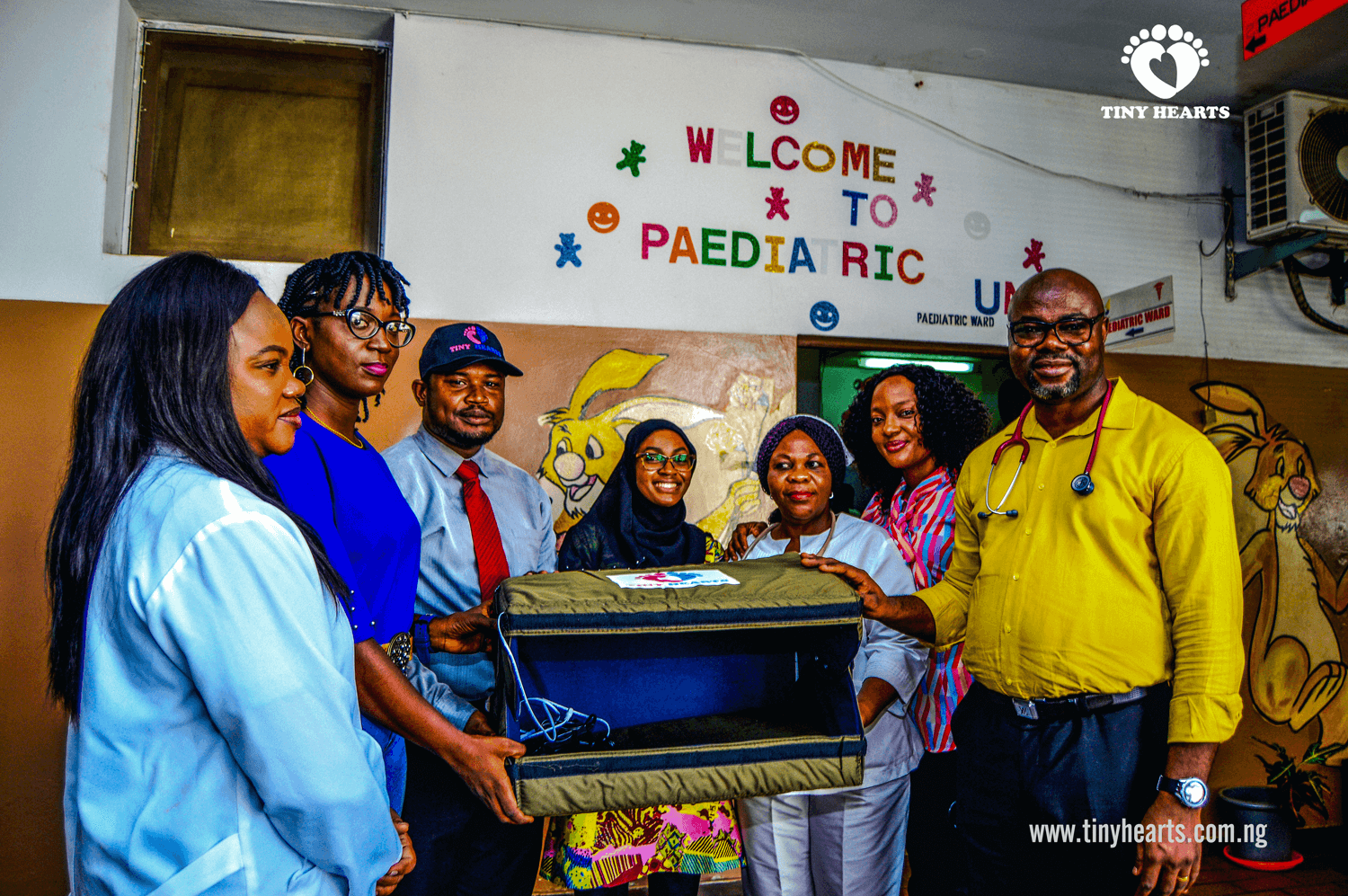 She said in an interview “I felt like some of the things (I experienced) could have been avoided, or the stress level could be reduced she says. I thought, is there something I could do to make the pain less for the babies and the mothers?”

Jaundice, is an illness that is caused by a build-up in the blood of bilirubin; a yellow compound produced when red blood cells break down. Bilirubin is usually removed by the liver, but newborns’ livers are often not developed enough to do this effectively. The blue light helps to make the bilirubin easier for the liver to break down.

A professor of bioengineering at Imperial College of London, Hippolite Amadi said “Oboro’s experience with power outages and broken equipment isn’t uncommon in a country like Nigeria,”. The professor specializes in neonatal medicine and has worked with neonatal centers in Nigeria for over 20 years. 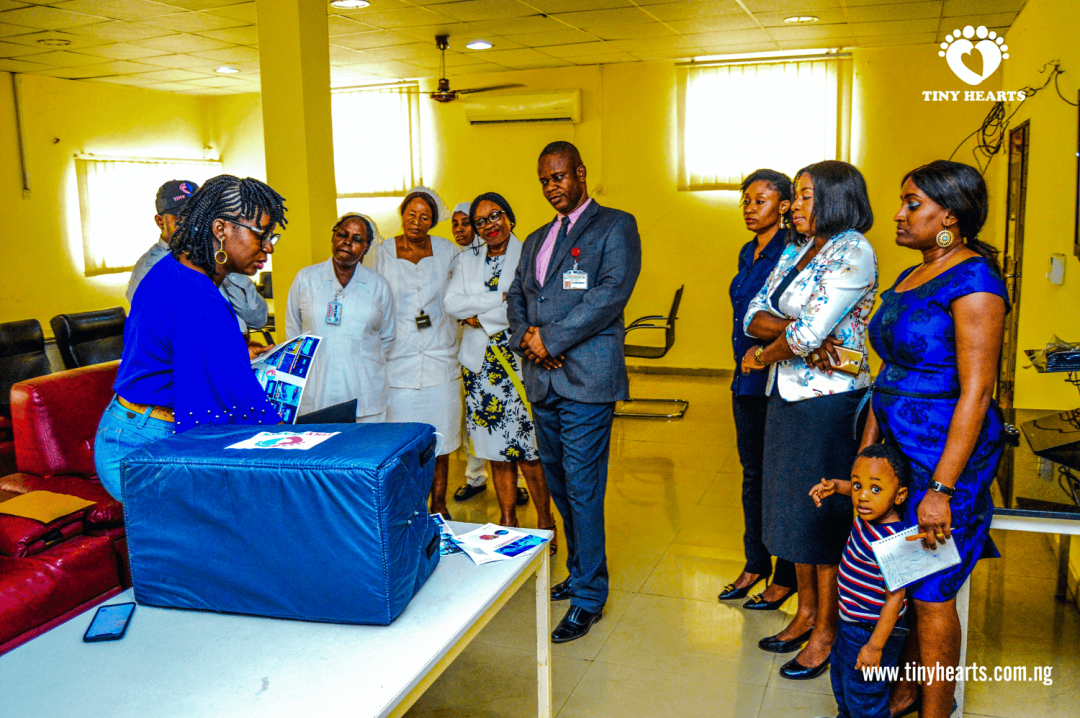 Amadi further said “Parents often have to travel long distances to get to a hospital, not all of which have phototherapy units and neonatal specialists. One can find large numbers of obsolete or dysfunctional systems being applied at some of these centers,”

He added that by his estimates, less than 5% of all Nigerian facilities have sufficient functional phototherapy devices to serve needy patients.

Crib A’Glow is powered with solar energy and folds flat so it’s easy to move. 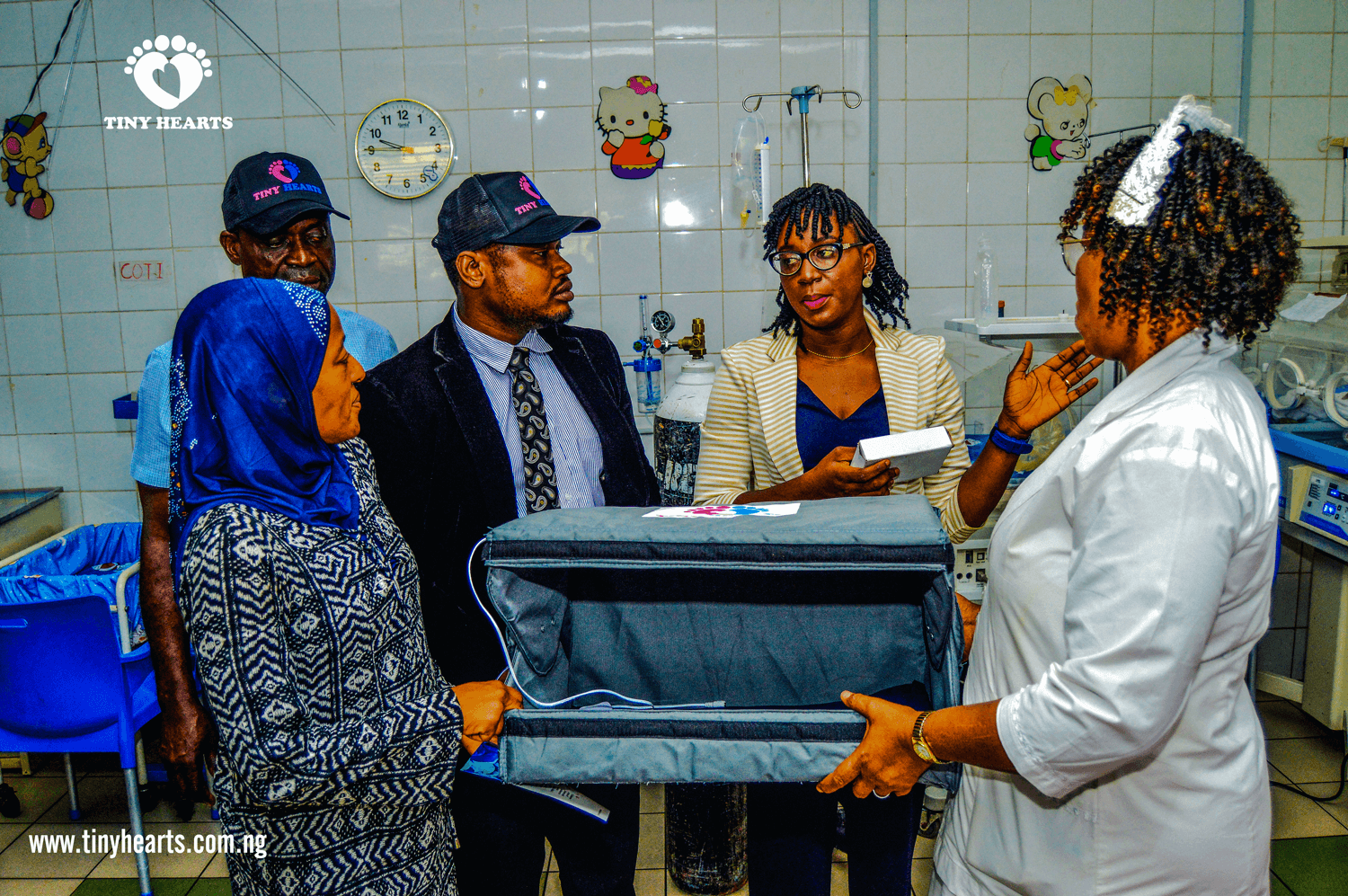 An affordable and effective cure for babies with jaundice

Oboro founded her company Tiny Hearts in 2016, not long after Tombra’s recovery, and began developing the phototherapy cribs.

As a visual designer, she struggled with medical technicalities. However, her supportive husband had experience working with solar energy and was on hand to help. Oboro also had to work with a pediatrician to make sure the device was safe and in line with current phototherapy guidelines. 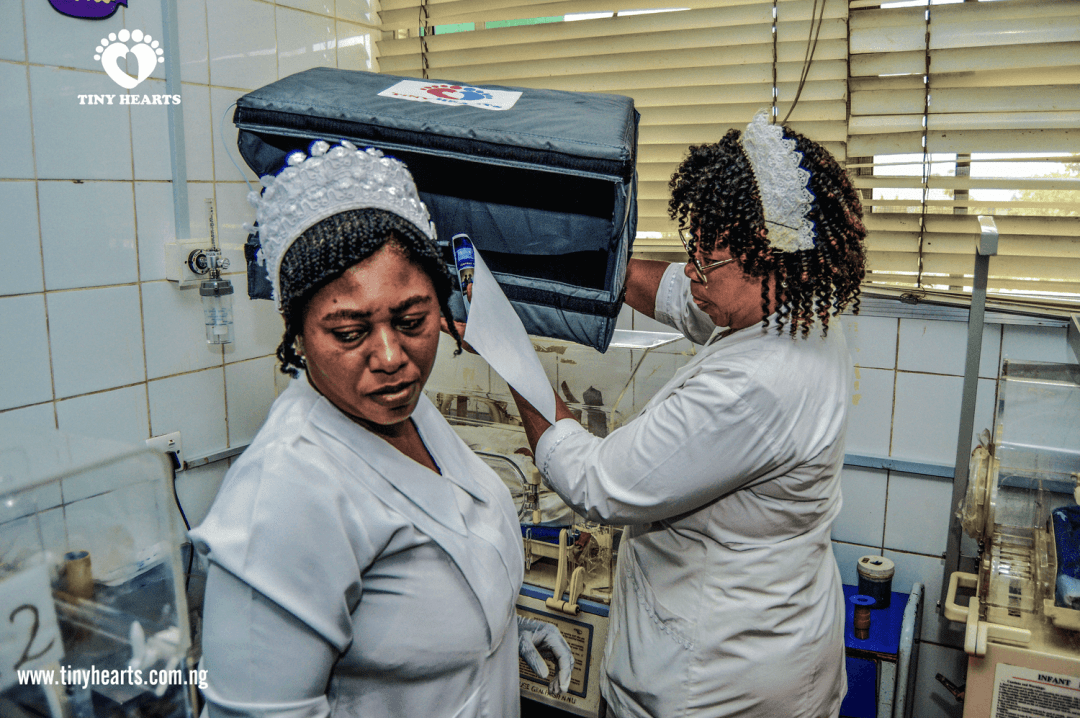 Virtue Oboro said “I felt like some of the things I experienced could have been avoided, other stress levels could be reduced. I thought, is there something I could do to make the pain less for the babies and the mothers?”

According to Hippolite Amadi, one of the most effective phototherapy units currently used in Nigeria costs around $2,000, a steep sum for hospitals on a budget. But Crib A’Glow, produced in Nigeria using local materials is able to save on added fees like import tax and retails for $360 per unit.

Additionally, because it’s solar-powered and portable, the device can be used at home by parents living in remote areas with inconsistent access to electricity.

Amadi said “Seeing innovative devices  that will solve that problem is very exciting,”

He added that “Such technology needs to be supported and production scaled up to tackle neonatal conditions in Nigeria,”

The Crib A’Glow innovation has received award grants including $50,000 from Johnson and Johnson’s Africa Innovation Award.

Recently, the device was selected as a finalist for the Royal Academy of Engineering’s Africa Prize 2022.

The founder of Tiny Hearts said, “It was not an easy thing to get them to test the unit; because the perception was if it was made in Nigeria, it probably would not work well.”

While  Crib A’Glow might seem like an ingenious solution; Oboro says she has faced resistance from hospitals and medical professionals in Nigeria.

Despite these obstacles, the cribs are already being used by more than 500 hospitals across Nigeria and Ghana; treating over 300,000 babies that had jaundice; and the company is hoping to expand into other countries in sub-Saharan Africa.

She further added that 200,000 babies have been helped through their collaborations with rural health workers; and educating programs, teaching mothers about the symptoms of jaundice; which is most commonly yellowing of the skin, whites of the eyes, and mouth.

“Demands for the cribs skyrocketed during the Covid-19 pandemic; as many parents wanted to avoid hospitals and look after their newborns at home.

Oboro ended with her feeling lucky and grateful that Tombra survived, and now it’s her mission to fight neonatal jaundice, and save a hundred and one more babies.