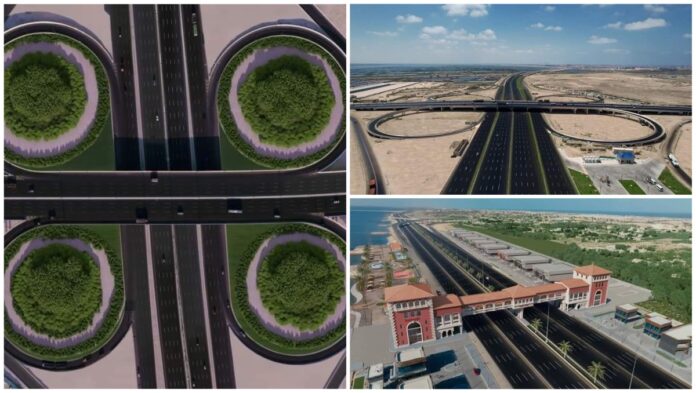 During the inauguration of the post-reconstruction of Abu-Zekrya Corridor in Alexandria, which stretches 35 kilometers from the Cairo-Alexandria Desert Road junction to the Sidi Kerir/Burj Al Arab road, Egyptian President Abdel Fattah El-Sisi stated that the implementation of new projects by the state takes into account the preservation of national wealth.

“During the implementation of the construction axis in Alexandria, we avoided the removal of a large number of residential buildings more than 10 stories high to preserve citizens’ property, and the solution was to land part of the sea.”

He added that the state plans to meet citizens’ needs in line with population growth and is working to transform citizens’ lives in the favelas for the better.

Madbouly for maintenance of housing projects in Al Asmarat, Al Bashayer, Ahalina and other projects.

“The responsibility lies not only with the Ministry of Social Solidarity and the provinces, but with everyone who is interested in these projects and the provision of services in them,” said the President of the Republic.

Also, read; Nigeria to Limit Cash Withdrawals to $225 a Week For Citizens

The interior minister called for the establishment of permanent police stations in these areas to provide protection and security for residents, stressing that development is not limited to construction but to providing all necessary services to residents of these units.

The Abu Zekry Axis is an addition and a major quantum leap that will open up new development horizons for the entire West Alexandria region, increasing its urban area and connecting the Port of Dekhila to the desert.

The President’s spokesman said in a statement that the road and the international coastal road connect to the city of Burj Al Arab, making it a vital artery to connect Alexandria to the new city of El Alamein via the coastal road.

He added that the reconstruction axis is another step in the implementation of the state strategy of building a road and axis network throughout the republic to help increase economic and commercial capacity, create employment opportunities and national integration projects with each of them to create efficient development.