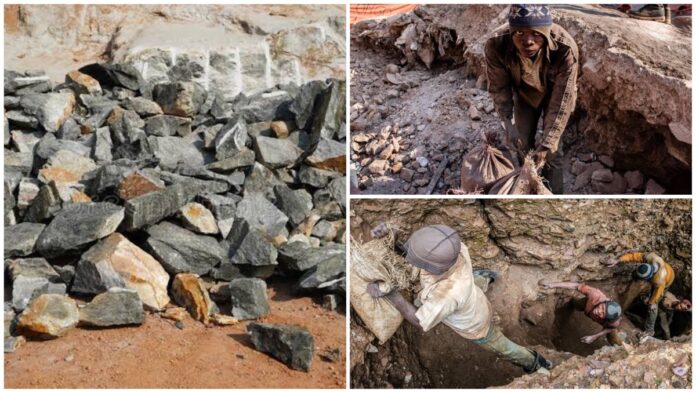 According to several media outlets with roots in the African continent, electrically charged rocks were discovered recently in the Democratic Republic of Congo.

In a video that has since been circulated online, first from Genius Media Nigeria, the rocks were seen being charged at each other, producing sparks of electricity.

While some have tagged the mineral with names of various origins, some apparent experts have claimed that the rocks are simply Lithium, a mineral known quite well by the Congolese people.

With the recent discovery, the Democratic Republic of the Congo has recently been in the spotlight.

Conspiracy theorists believe this could be a clue that Vibranium is real.

This discovery caused a frenzy among researchers around the world. Scientists were intrigued by the “electro rock’s” potential uses, including its use as a potential source of renewable energy.

Recall that after several years of exploration, Australian company AVZ Minerals, which owns a majority stake in a joint venture with Congolese company La Cominiere, says it has discovered around 400 million tonnes of ore grading 1.6% lithium.

The discovery represents lithium reserves of around six million tons – more than enough to compete with major producers such as Australia, Chile, Argentina and China.

Metals like lithium and cobalt are key ingredients in batteries that could help the world move away from fossil fuels. The Democratic Republic of the Congo (DRC), the second largest country in Africa by area, is rich in both of these elements.

But for most of its recent history, hunger for the mineral has caused environmental damage and fueled violent conflict, contributing to the country’s protracted humanitarian crisis.

The Democratic Republic of the Congo is rich in natural resources and contains 70% of the world’s cobalt deposits. Was that a mixed blessing?