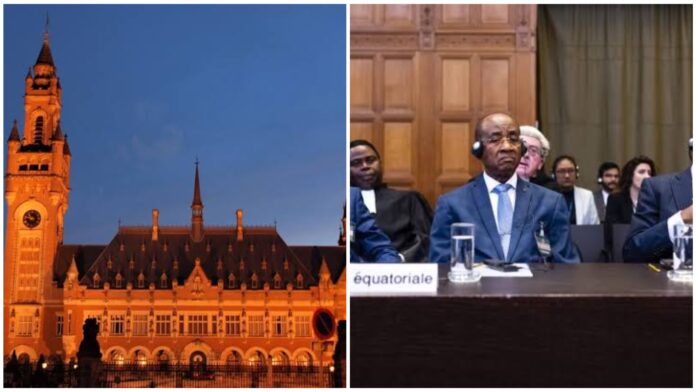 Equatorial Guinea has filed a case against France in the International Court of Justice, the Netherlands-based judicial body said on Friday.

The ICJ added that it relates to allegations that France has failed to meet its anti-corruption obligations as it relates to a Paris Mansion, seized from a former Equatorial Guinea public office holder.

“Equatorial Guinea initiates proceedings against France for a dispute over France’s alleged breach of its obligations under the United Nations Convention against Corruption and asks the court to order provisional measures,” the International Court of Justice said.

The latest case is linked to the conviction of Teodoro Nguema Obiang Mangue, son of the long-time president of Equatorial Guinea, France, confirmed on appeal last year, for money laundering and embezzlement of public funds worth millions.

The French court gave him a suspended sentence of three years, fined him €30 million and ordered the confiscation of assets in France worth tens of millions of euros. Including the villa on Avenue Foch, which France now wants to sell.

The Hague-based International Court of Justice said Equatorial Guinea had made requests to “recover certain assets corresponding to properties confiscated by France” under a United Nations anti-corruption convention, to which the French government has not responded. Assets requested include the Avenue Foch mansion. The African country filed the lawsuit against France on Thursday.

Equatorial Guinea argues that by “disregarding” the request, France “has violated its obligations under the Convention”, the court said.

The African nation is asking the court to rule that France is violating the UN Convention and to order France to “return to Equatorial Guinea all assets that are the subject of a request for recovery from Equatorial Guinea”.

She is also asking the court to impose an immediate ban on the sale of the villa on the wide avenue leading to the Arc de Triomphe.

While the case in The Hague court could take years, a hearing to discuss the urgent request for a ban on sales is likely to be scheduled in the coming weeks.