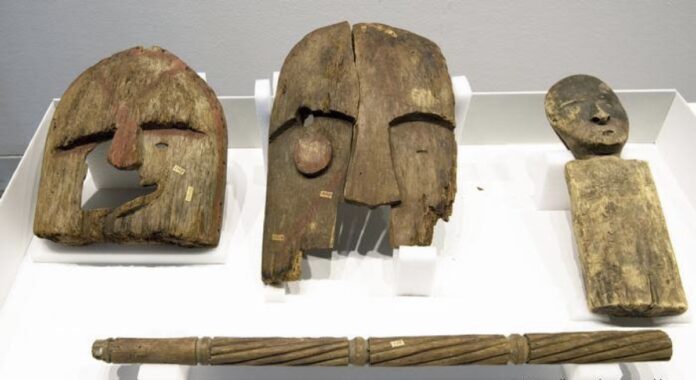 According to German officials, Priceless artifacts looted from three African nations during the German colonial era will be permanently returned.

The Berlin-based Prussian Cultural Heritage Foundation, which manages the German capital’s various museums, said on Monday it had begun negotiations to return the artifacts to Namibia, Tanzania, and Cameroon.

Among the artifacts to be returned is a shell-encrusted statue of the mother goddess Ngonnso’, which is of great spiritual importance to the Nso’ people of northwest Cameroon.

The statue has been in the collection of the Ethnological Museum in Berlin since 1903, after it was “donated” by a German colonial official who forcibly took it away from the Nso’ tribesmen.

The Council also approved the permanent return of 23 artifacts, including jewelry, tools and fashion items, to Namibia. The objects, also stolen during the colonial period from 1884 to 1919, were sent to Namibia for research purposes last month and will now remain there permanently.

The foundation said its president was also authorized to sign an agreement for the return of items looted by Germany from Tanzania during the Maji Maji Rebellion and other conflicts within its 20th-century colonial rule.

The Foundation’s President Hermann Parzinger welcomed the return of the artifacts. “The decision makes clear that the issue of returning items collected in the colonial context is not always wrong,” he said.

In September, a small exhibition at the Humboldt Forum in Berlin will examine the colonial-era contexts of the museum’s Tanzania collection, with some of the same objects slated to be included in a major exhibition on Tanzania’s history in 2024.

According to reports, the objects will be returned officially and permanently to Tanzania immediately the exhibition ends.

Recall that Germany made headlines last year when it became the first country to return bronzes looted from Nigeria by British troops to Benin.