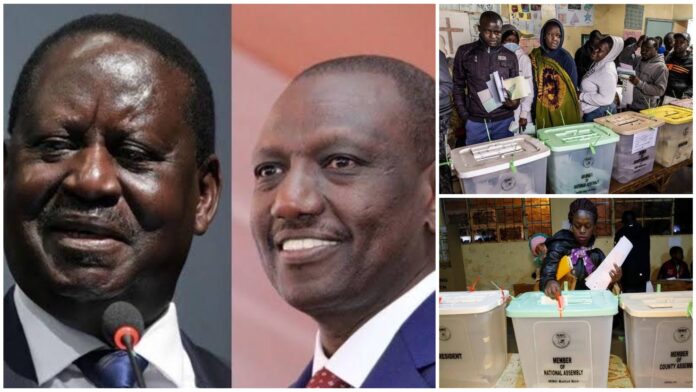 Kenya’s Supreme Court has ordered a recount of votes cast at 15 polling stations during the August 9 presidential election. The order was one of several issued on Tuesday as the court began hearing a challenge to President-elect William Ruto’s election victory.

According to reports, the judges said recounts had to be done within 48 hours.

Also, read; Zambian Dishes: How To Prepare Lumanda With Groundnuts

Chief Justice Martha Koome said that after reviewing Odinga’s arguments and her lawyers, the judges would decide on several issues.

“The first question is whether the technology used by the IEBC to conduct the 2022 general election meets standards of integrity, auditability, security and transparency to ensure accurate and verifiable results,” said Koome.

“Issue number two is whether the uploading and transmission of Forms 34A from polling stations to the IEBC public portal has been interrupted.

“Issue number three is whether there was a difference between forms 34A’s uploaded on the IEBC public portal and forms 34A’s received at the national tallying center and forms 34A’s issued to the agents at the polling stations,” Koome added.

The Supreme Court will also consider whether there were discrepancies between the total number of votes cast by presidential candidates and other elected officials, such as governor and senators.

In addition, the judges will assess whether Ruto received more than 50% of the vote – the standard necessary to avoid a second round – and whether there were any irregularities and illegalities in the count that could affect the results.

Odinga questions the official results of the election in which he narrowly lost. Ruto received 7.1 million votes while Odinga got 6.9 million.

The Odinga camp believes the election was rigged in Ruto’s favor, allegedly with the help of some election officials and IEBC President Wafula Chebukati, a claim the president denies.

After the vote count was completed, Chebukati declared Ruto the winner, but four of the seven commissioners publicly rejected the results, citing problems with the counting process.

At Tuesday’s hearing, lawyers from opposing camps argued over who had the right to represent the IEBC, although the court said it would allow arguments from all commissioners.

The election commissioners submitted individual requests to the court, a move that legal experts say is likely to weaken any attempt to defend how the IEBC conducted the election process.