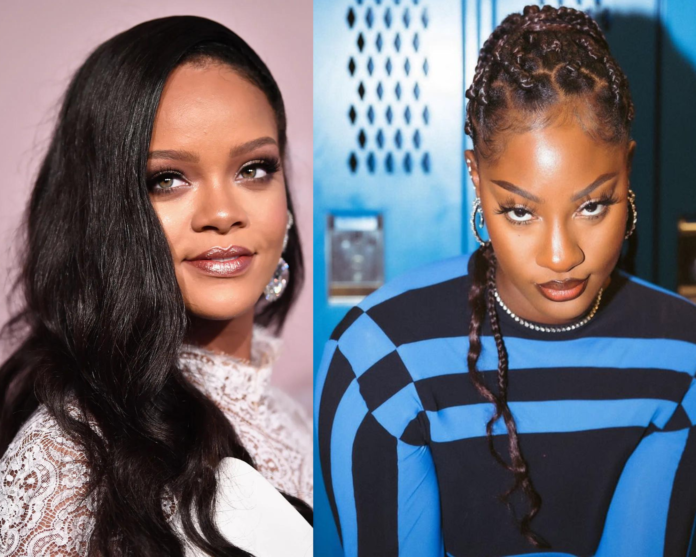 It’s no news that Tems is on a rampage after being shot into the limelight by her distinct contribution to Wizkids Essense, featuring in Coca-Cola’s “Real Magic” Campaign and even landing recording features with the world’s top artiste. She has once again appeared in a remarkable song by Rihanna after her long break of six years.

Rihanna’s new song, LIFT ME UP, serves as a theme song on the newly premiered BLACK PANTHER. The song was written by Tems, Rihanna, Ryan Coogler, and Oscar winner Ludwig Göransson. It is a tribute to the life and legacy of the late Chadwick Boseman.

Speaking about the song, Tems said:

Recall, on Tuesday Marvel Studios shared a short clip on social media, confirming that the Barbadian singer will be on the Black Panther: Wakanda Forever soundtrack. It has been announced that she’ll make her long-awaited return to music on Friday, with the artist teasing the track, “Lift Me Up” on Wednesday.

The single ‘Lift Me Up’ was written as a tribute to the extraordinary life and legacy of Chadwick Boseman by Tems, Oscar winner Ludwig Göransson, Rihanna, and Ryan Coogler. The song was recorded in five countries and was produced by Göransson.