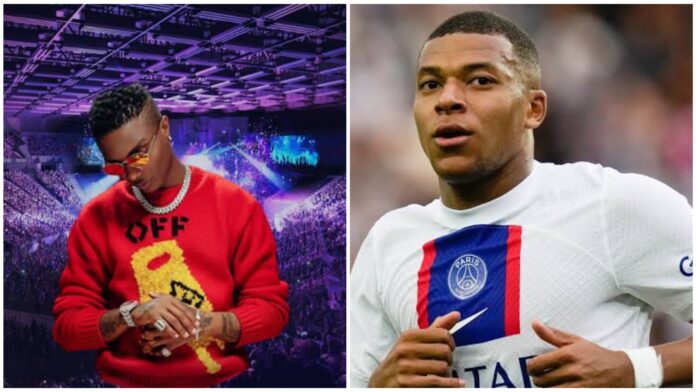 Mbappe was recorded by a fan who also personally attended the historic show with Popcaan, Naomi Campbell, and Jack Dorsey backstage with Ayo Balogun, commonly known as Wizkid.

It is obvious that the music of “Popsi” as he is fondly called is appealing to fans and celebrities alike, as the star himself has shown why he is one of Africa’s most prolific artists and performers.

Wizkid gave an impressive performance in France at the sold-out show at Accor Arena, which shocked many on social media.

The star surprised fans at his sold-out show at the 20,000-seat Accor Arena and on social media with his shocking entrance as he dropped right from the skies before his performance on Friday, September 16, 2022, in France.

The ‘Bad to Me’ singer would try to delight his French fans with the greatest hits from his huge and rich music catalog and provide them with an unforgettable experience and that’s what we’re here for.