Mnyazi wa Menza – The widow who withstood the British 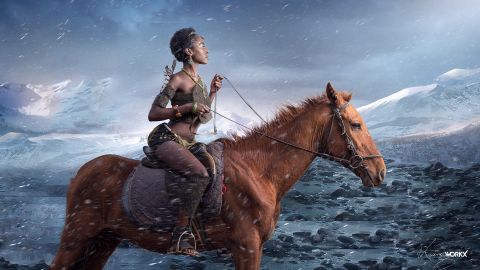 She was a Kenyan Independence activist who was part of the leadership of the Giriama people. They fought against the colonial administration of Kenya between 1912 and 1915.

She was born in 1860 at Mutsara wa Tsatsu, in Bamba, Kilifi county. She was the only daughter among five children.

While young, one of her four brothers, Mwarandu was kidnapped by Arab traders never to be seen again. She got married sometime in life to Dyeka at Lango Baya.

She joined the resistance because of economic and social-cultural concerns. She did not want the labourers in Giriama to be employed by the colonial government. She wanted them in the community so that they would help foster growth in Giriama. She was wary of the culture being eroded by Western influence.

Arthur Champion has a meeting in public on 13 August 1913 where he made his demands. Menza in the meeting expressed her displeasure and opposed the demands. At the end of the meeting, she made a verbal oath binding herself from working with the colonial administrators.

She was disconcerted by the corrosion of the culture.

The Giriama are a people who do not respect women and hardly have women in leadership positions.

As a widow, she could speak before elders. As a strong believer in the Kenyan culture, she garnered support against the colonial authorities in the community. She gathered support via the performance of the kifudu dance. This dance she performed from town to town as she gathered a following in any town or village she entered.

She and her supporters organized a meeting at Kaya Fungo. In this meeting, they had a mukushekushe oath for the women and a Fisi oath for the men. They also agreed not to cooperate with the colonial bodies.

The colonial authorities responded by seizing large tracts of the lands, burning homes and in particular Kaya fungo.

This resulted in the unsuccessful Giriama Uprising. This was called kondo ya chembe.

Mekatilili was caught and arrested by the colonial authorities on 17 October 1913. She was exiled to Kisii in Nyanza Province.

According to the colonial records, five years later she returned Giriama and kept up with the opposition of the colonial policies and ordinances. She did not like the fact that it was eroding Kenyan culture. 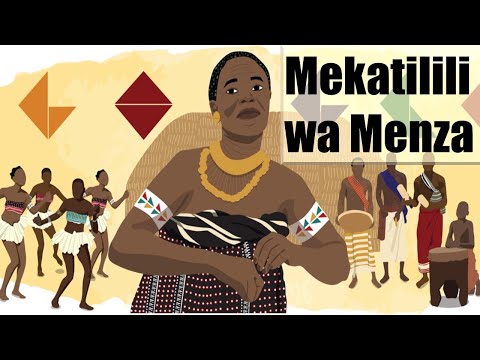 Some of the stories say that she escaped from prison in Kisii and walked a thousand kilometres home. She was then arrested again and sent to another prison in Kismayu Somalia. She was also said to have mysteriously escaped and returned home.

She fought for a cause that she did not see bear fruit in her day. She died in 1924. They buried her in Bungale, Magarini Constituency, Malindi District.

In 1980, during Kenya’s feminist movement, the activities identified with Mnyazi wa Menza as a symbol of their movement. She was on record as the first Kenyan woman to fight for social change.

Google celebrated her as a Google Doodle on August 9, 2020.