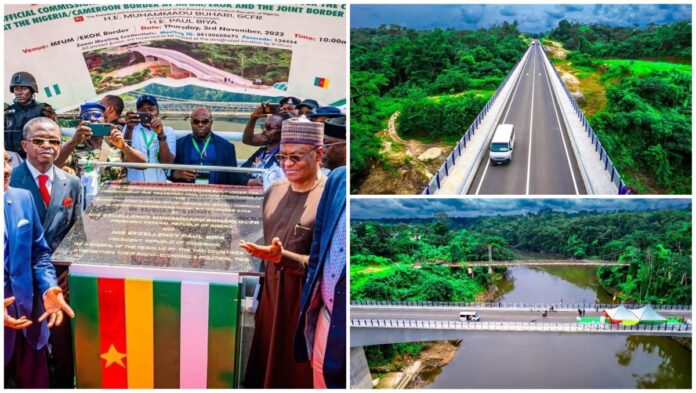 This vital infrastructure also includes a new joint border post in Mfum, Nigeria, which is part of the EU-backed Bamenda-Enugu corridor between the two countries.

The new bridge and border crossing are tangible evidence of the EU’s growing support for African partners.

They will develop the agricultural and pastoral skills of the region and increase the income of the population. They will also increase the interdependence between Nigeria and Cameroon and enhance integration, trade and the movement of goods and people between the Economic Community of West African States (ECOWAS) and the Economic Community of Central African States (ECOWAS).

As a result, the bridge will help facilitate the African continental free trade area.

The Cross River Bridge, which opened today, is an important piece of infrastructure, the last of which lacked a 400 km strategic transport corridor between Central and West Africa.

It is an example of sustainable investments in partner countries that the EU is expanding under the Global Gateway to Africa and the EU Investment Package announced at the EU-Africa Summit in February this year.

Construction of this 402-meter-long bridge and its road links began in 2018 and is part of the broader Bamenda-Enugu Corridor development program supported by the European Union.

This includes the expansion of more than 400 km of a two-lane road between Bamenda (Cameroon) and Enugu (Nigeria).

This program also includes the development of urban and rural roads and social and economic infrastructure, with a focus on improving and empowering the living conditions of youth and women. The creation of a single border inspection post is part of the measures to facilitate transport and transit in this corridor.

The European Union contributed €25 million in grants to the project, raising €259 million from the African Development Bank. With the opening of the bridge, the sidewalk can now be fully used.