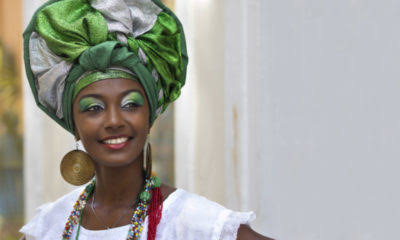 A Nigerian-American woman identified as Omolabake Adenle, the founder of “SpeakYoruba” App has won the DEI (Diversity, Equity and Inclusion); In Voice award from Women in Voice (WiV) for building a voice recognition and speech synthesis software for five African languages.
It should be noted that speech recognition is the underlying technology behind Siri and Alexa.

The Nigerian-American financial analyst surpassed three other finalists to win the award which celebrates and amplifies women and gender diversity in voice technology.

She was recognised for her outstanding contributions to; “making African languages accessible to voice solutions”. 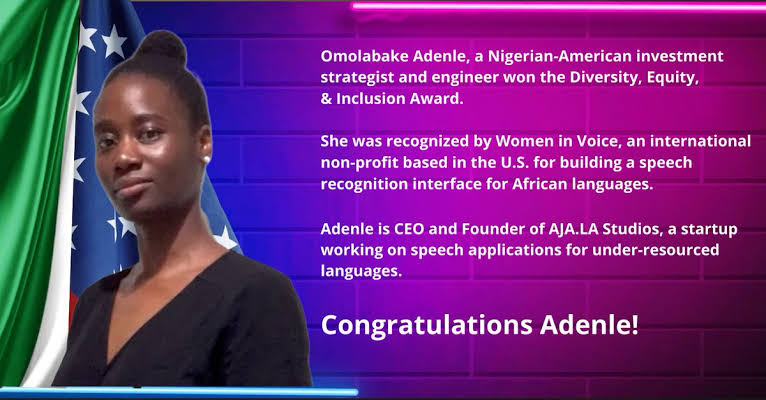 The Ph.D. holder in Bayesian Signal Processing from Cambridge University is the founder/chief executive officer of Aja.La Studios; which builds natural language and speech processing applications for under-resourced languages.

Expressing her gratitude for the WiV award, Adenle said it will help; “contribute to the momentum needed to work towards making voice technologies accessible to all Africans”.

She added that “building a speech technology company that provides broad support of African languages is extremely challenging; (but) voice technologies will play a pivotal role in shaping the future of information and service access in Africa”.

Adenle’s cousins were learning English alphabets via an app and the former decided to build one that could help them learn the Yoruba language; Techpoint Africa reports. Adenle thereafter thought of upgrading the app by adding a feature that allows children to say something to it; and the app will tell them whether they said the word correctly or not.

Omolabake Adenle added that by digitising African languages, information will be more accessible to Africans.

According to LegitNG, The software will officially launch in the fourth quarter of 2021 and the languages it supports are Yoruba, Hausa, Igbo, Kiswahili, and Kinyarwanda.