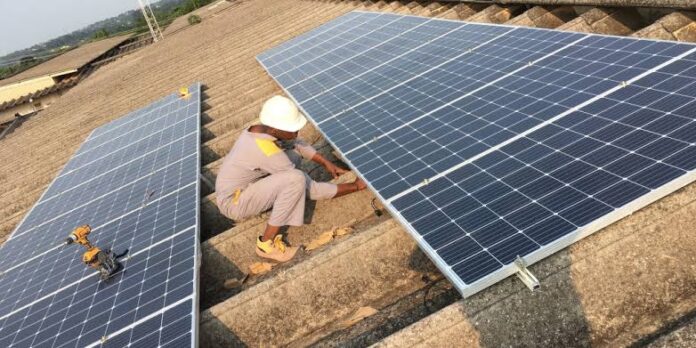 Nigeria’s solar companies are seeing a surge in demand for mini-grids and equipment as companies in Africa’s biggest oil producer look to alternative energy sources due to the rise in local diesel costs.

However, supply constraints could affect their ability to capitalize on this trend, with some saying they have started turning away customers because they are unable to meet demand.

Nigeria, Africa’s largest economy with a population of over 200 million people, has an installed electricity capacity of 12,500 megawatts, but the national grid provides only 4,000 MW at peak, leaving businesses and citizens heavily dependent on generators powered by diesel.

The price of diesel, which is not subsidized like gasoline, has nearly tripled to 800 naira a liter (US$1.93). Most of this increase occurred after the Russian invasion of Ukraine.

“Demand (for solar) has increased, which I think is really due to the rise in diesel prices this year,” said Victor Ezenwoko, commercial director at Daystar Power.

The Energy Commission of Nigeria states that the country spends $22 billion annually on operating generators.

Adoption of solar power is estimated at less than 2%, and some companies consider it unsuitable for large-scale deployment, industry executives said.

A study earlier this year by Boston Consulting Group and All-On, a Shell-funded company, says that PV solar panels installed in Nigeria per capita are 1 watt, compared to an average of 8 watts in similar emerging markets like South Africa.

That is changing as energy costs eat into company margins, forcing companies to actively consider solar energy as a clean form of energy, said Prince Ojeabulu, CEO of Rensource Energy.

“By the end of the year, based on the trend so far, we should have 12 MW or even more of solar plants in operation across Nigeria,” he said.

According to Reuters, an Energy Department official said there has been an increase in solar mini-grids approved for industrial users this year, but did not elaborate.

However, disruptions to the global supply chain caused by the COVID-19 lockdowns in China and the war in Ukraine this year are weighing on growth optimism. Delivery times for some devices have increased from three months to up to nine months.