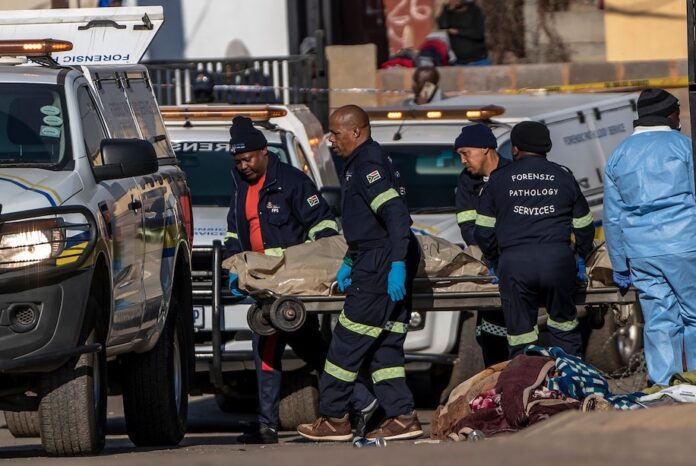 South African authorities have arrested two people in connection with one of two shootings that plunged South Africa into mourning over the weekend.

According to reports, a total of 19 people have died after unknown assailants opened fire, apparently indiscriminately, on patrons of two bars, one in Soweto, a Johannesburg suburb (15 killed), and another in Pietermaritzburg, in eastern Zulu country (4 killed) overnight.

In a statement announcing the two arrests without further details, the Interior Ministry said it was a “first step towards holding all those who organized the country’s deadliest weekend to account”.

A ministry spokeswoman, Lirandzu Themba, told AFP that police believed the two arrested were linked to the murder in Pietermaritzburg, which was allegedly committed by two men.

The shooting in Soweto, on the other hand, was carried out by “several gunmen” armed with AK-47 assault rifles, according to preliminary investigations.

In South Africa, slowly becoming one of the most violent countries in the world, shootings fueled by gang violence and alcohol have become frequent, but the random nature of the murders over two weekends has plunged investigators into confusion.

Violent deaths are “unacceptable and concerning” and “we cannot allow violent criminals to terrorize us in this way,” South African President Cyril Ramaphosa said in a statement on Sunday.