Olympic Champion, Mo Farah, Reveals He Was Illegally Trafficked From Djibouti To Britain 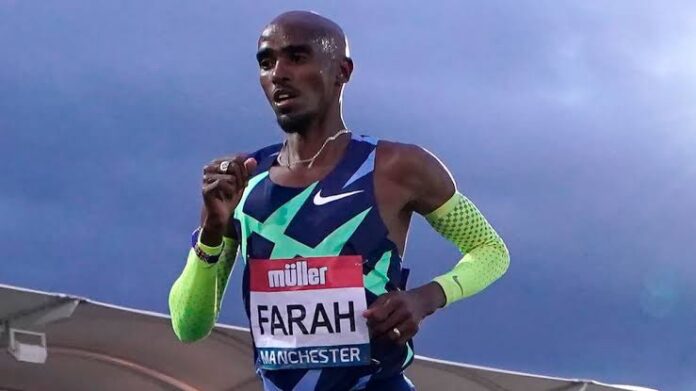 Four-time Olympic champion Mo Farah has revealed he was brought illegally from Djibouti to the UK under the name of another child.

“The truth is, I’m not who you think I am,” Farah, 39, told the BBC in a documentary called The Real Mo Farah.

Farah, the first track and field athlete from the United Kingdom to win four gold medals at the Olympics, said his children inspired him to be open about his history.

According to him, “The true narrative is that he was born Hussein Abdi Kahin in Somaliland, in northern Somalia.” Unlike his early testimonies, he says his parents never resided in the UK, despite what he had previously claimed.

Farah explained that when he was just four, he lost his father to a civil war, in an event that almost immediately tore his family apart. This marked the beginning of his separation from his mother, after which he was brought illegally to the UK under the name of another child named Mohamed Farah.

Also, read; Malawi To Relocate Over 200 Elephants To Avoid Infiltration of Human Communities

During the documentary, Farah said he thought he was going to Europe to live with relatives and recalled going through British passport control at the age of nine in the guise of Mohamed after traveling with a woman he didn’t know.

“I had all my relatives’ contacts and when we arrived at her house the lady took it from me and ripped it right in front of me and put it in the trash and at that moment I knew I was in trouble,” he said.

Traveling back to his parents’ home in west London, the athlete recalled “bad memories” of not being treated like a part of the family.

Farah ended up telling the truth to Professor Alan Watkinson and went to live with his friend’s mother who took care of him, and he ended up staying for seven years.