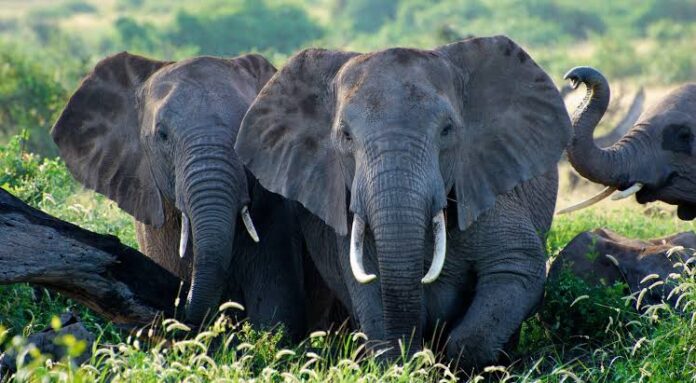 About 250 elephants are due to be transported 350 km across the country by the end of July and relocated from Liwonde to Malawi’s Kasungu National Park.

This measure aims to combat overpopulation in Liwonde, where cases of elephants infiltrating human communities around the park have become a problem.

This is the second relocation in three years after 300 elephants were relocated to the Nkhotakota Game Reserve in 2019.

The species has nearly gone extinct in central Malawi’s Kasungu National Park, with around 50 specimens compared to 1,200 that existed as at 50 years ago, mainly due to poaching for ivory.

“Poaching has decreased and the number of elephants has increased, now there are about 120 of them. But the population is still too low to be viable.

The introduction of an additional 250 elephants will change that,” said Patricio Ndadzela of the International Fund for Animal Welfare (IFAW) in Malawi.

The animals will be transferred between June 27th and July 29th. In Liwonde, poaching has all but disappeared and elephants are now overpopulated.

Other animals such as buffalo, impala, or even wild boar are also transported.

In 2016 and 2017, 520 elephants were relocated from Liwonde Park to relieve pressure on their habitat and reduce conflicts with humans.

“The number of elephants is increasing, putting pressure on the park’s natural resources and creating conflict situations with local communities,” explained, Conservation Organization of African Parks in the same press release.

Malawi is home to around 2,000 of said amazing animals while Seventy percent of the continent’s population lives in Southern Africa.

Some countries in the region, such as Zimbabwe, where populations are growing and fatal accidents involving humans have increased, are calling for the global ban on the ivory trade to be lifted.

In other African countries, the situation remains critical after decades of poaching. According to the International Union for Conservation of Nature (IUCN), the savanna elephant (Loxodonta Africana) is “Vulnerable” and its smaller pair, the forest elephant (Loxodonta Cyclotis) “Critically Endangered”.