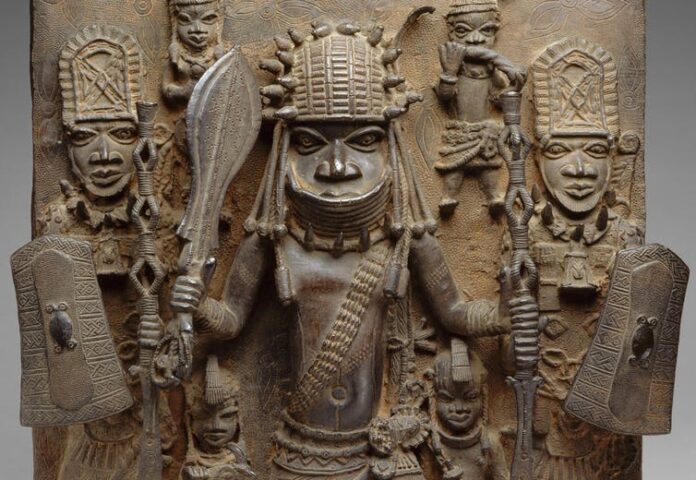 In part I, we learned a lot about the last king of the Igodomigodo dynasty, the renowned Benin Kingdom, Ogiso Owodo, the father of Ikaladerhan who later became the great Oduduwa, and how he set the enslaved prisoners of war free in the ancient Benin Kingdom. here, We learned how he handled the greedy chiefs and noblemen.

In part II, we will learn of the fall of this king and the mistakes that he made in dealing with the noblemen, his family, and how his only son Ikaladerhan left his Kingdom to become the popular Oduduwa of Ile-Ife and never returned.

He had numerous wives at least 200. He had one son called Ikaladerhan who was the one to continue his lineage in Igodomigodo. His other wives had no children and all of them wanted children desperately.

For this reason, he sent his eldest wife, Esagho to what is called the oracle, in the company of many servants to find out why. The oracle said that the first wife was responsible for the barrenness of the women and that until she was killed, all the women would produce no children.

As they made their way back, Esagho pleaded for her life and beseeched the servants to tell Ogiso that the oracle held the King’s only son responsibly and that he should be killed. She promised them gifts in return and threatened that if they did not say as she instructed, she would tell the king that the servants raped her along the road.

In fear, the men accepted and changed the oracle’s message. On arrival, they informed the king and his Esagho’s co-wives that Ikaladerhan was responsible for the barrenness in the king’s wives. That he should be killed so that the women would start bearing children.

After much pressure, he agreed to kill his son, Ikaladerhan, the only hope of the throne to get more children. He ordered Ikaladerhan to be executed.

The executioners spare the life of the Ogiso Owodo’s son 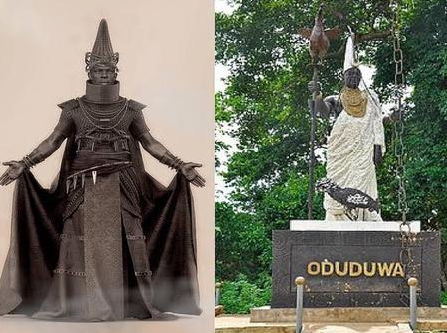 The executioners saw the king as a thoughtless father who had not considered the consequences of his action, they took pity on the son of the king and set him free in a village called Urhuokhokho along Ekehuan Ughoton road. This place remains till date in Benin City.

They killed a chicken and used its blood to rub their swords as proof that Ikaladerhan had been executed.

The executioners made the son of the king promise never to return to Igodomigodo so that their lives would not be forfeit. They knew that the oracle had not recommended his death.

The bini people have a song that they sing to remember the day that Ikaladerhan was to have been executed:

Not a drop of rain did fall

And sun withdrew her ray

The day was dull with grieving

As it was set avenging.

When they dropped the king’s son at that village, he wandered till he got to Ughoton. The Olughoton or Okeavho took care of him. He had to leave when he got wind of the fact that his father knew he was alive in Ughoton.

Three years passed after the presumed execution of his son and yet none of his 200 wives conceived. When investigations were made, Esagho was killed and the king started trying to bring his son back home. The son refused and continued to wander. This son is the popular Oduduwa of Ile-Ife.

During the reign of the Ogiso Owodo, a strange animal called Osogan arose and began terrorizing the city and neighborhoods of Igodomigodo.

The people of the Bini kingdom described the Osogan as a man-eating animal. They say it was a huge animal, as big as an elephant that appeared around 1090 A.D in Okedo near the Ikpoba river. This was between Eyanugie and the third East circular road junction along the Akpakpava area. These places exist today.

Okedo is the main road leading to Ekiogiso meaning the Ogiso market. It is now called the Agbado market. It was a renowned commercial center and the biggest in the capital city of Igodomigodo. Goods from trans-Sahara trade caravans and other kingdoms like Ghana, Mali, Old Ife, Okene, Idah, Gombe, Kano, Katsina, and more found their way to this market.

Goods from the south, which include Brass, Bonny Onitsha, Aboh, Wadah, and Mahin, were also brought to the market. It received goods from North and West Africa in the early days.

The disturbance by the man-eating animal was a great concern. The people wanted the problem solved and the Ogiso had no solution.

The people of Okedo feared for their lives and refused to come out at night. Also many stopped going to the market. From this situation, these expressions of greeting were coined.

We do not return together”

From the expression, Ekiagbado or Aghado market became a substitute for Ekiogiso market. The problems caused the people to be alienated from the Ogiso Owodo. He had no apparent solution.

One day one of the nobles killed the terrible Osogan by throwing a burning hot iron in its mouth. He was a blacksmith and he was called Evian. The monster gave a great roar and ran into the bush never to be seen again. It was assumed to be dead.

Evian had killed Osogan and all of the people were in his debt. He came into prominence and the people looked on him as their savior. The protector of the people from the horrible monster – Osogan.

The king made another mistake that was his undoing. He killed a pregnant woman and all of the people considered this abominable. Worse, she was a widow. She was once married to Ogbeifun, a nephew of Oliha, a part of the Edionisen. The man was believed to have been murdered and the king was a suspect in the killing.

For this reason, Ehiosu cursed Ogiso Owodo all the time with impunity. When she got no reaction, she went to the gateway of the Ogiso palace and began weeping and cursing. The king ordered her to leave the palace gate.

Instead of leaving, she began asking the king for her husband. She would say:

All of the nobles and the chiefs who could have counseled her to depart sympathized with her. This was a great provocation to an upset Owodo.

In his fury, he struck and killed her. In normal circumstances, the king would never have been accused because as king, he is believed to have power over life and death but the case was different because she was a pregnant woman.

By this act of violence, Owodo committed a crime called “Kirri Kuvija.”

Kimkuvua means the murder of a pregnant woman. In Igodomigodo or Evbuoto, Kirri Kivua was a crime punishable by death either by gallows, hanging, or exile. No one was above the law and it must be upheld.

There is another law that a king cannot be hanged or killed on gallows.

Since Owodo was king, the law was relaxed and the council of nobles passed a resolution that Owodo should be banished.

The king was banished from the Igodomigodo throne to his village in Ihinmwinrin. He died there three years later in 1100AD.

This ended the reign of 31 kings from 40 BC to 1100 AD. In the end, the nobles succeeded in dethroning Owodo from the throne.

Many say that the reason he had such a bad end was that he freed the slaves and attempted to execute his only son.

Also, read The Captivating history of the African Country Rwanda; its Culture and People