The Captivating history of the African Country Rwanda; its Culture and People 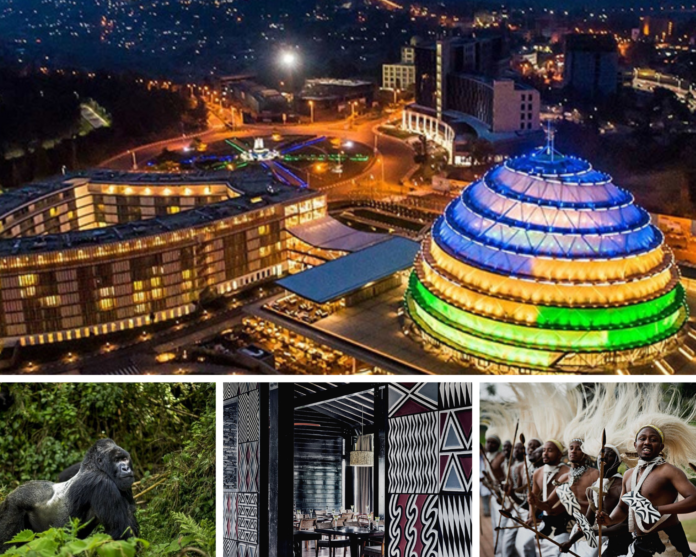 Rwanda is one of the fastest developing nations in Africa. The country has recorded many Giant strides in its economy, technology, and infrastructure. However, before these glorious advancements in Rwanda, they had a very peculiar history and that is the past we have Chronicled.

Before it became “Rwanda”

Human existence in Rwanda is believed to have begun after the ice age. From the 11 century, the inhabitants of present-day Rwanda existed among some kingdoms.

Rwanda has been fertile for thousands of years beginning from the Ice Age. It began about 10,000 years ago. Another belief states that they moved into the area known as Rwanda in the year 3000 BC. The early men in Rwanda were called Twa- Pygmy forest hunters and gatherers. Their descendants live in Rwanda today.

Artifacts such as dimpled pottery, iron tools, and implements discovered in the 1950s prove the existence of Rwanda during the Stone Age. The Twa supplanted the Bantu group who are today known as the Hutu. They are the agriculturist ethnic group. Pastoralist people who are known as the Tutsi carried out the third major migration.

In the 15th century, the Bantu speakers of Hutu and Tutsi origin structured themselves into small states. Bethwell Allan Ogot, an archaeologist, says that there were at least three states. These states are Mubari (Singa clan), the Gisaka state, and the oldest state which had no name. 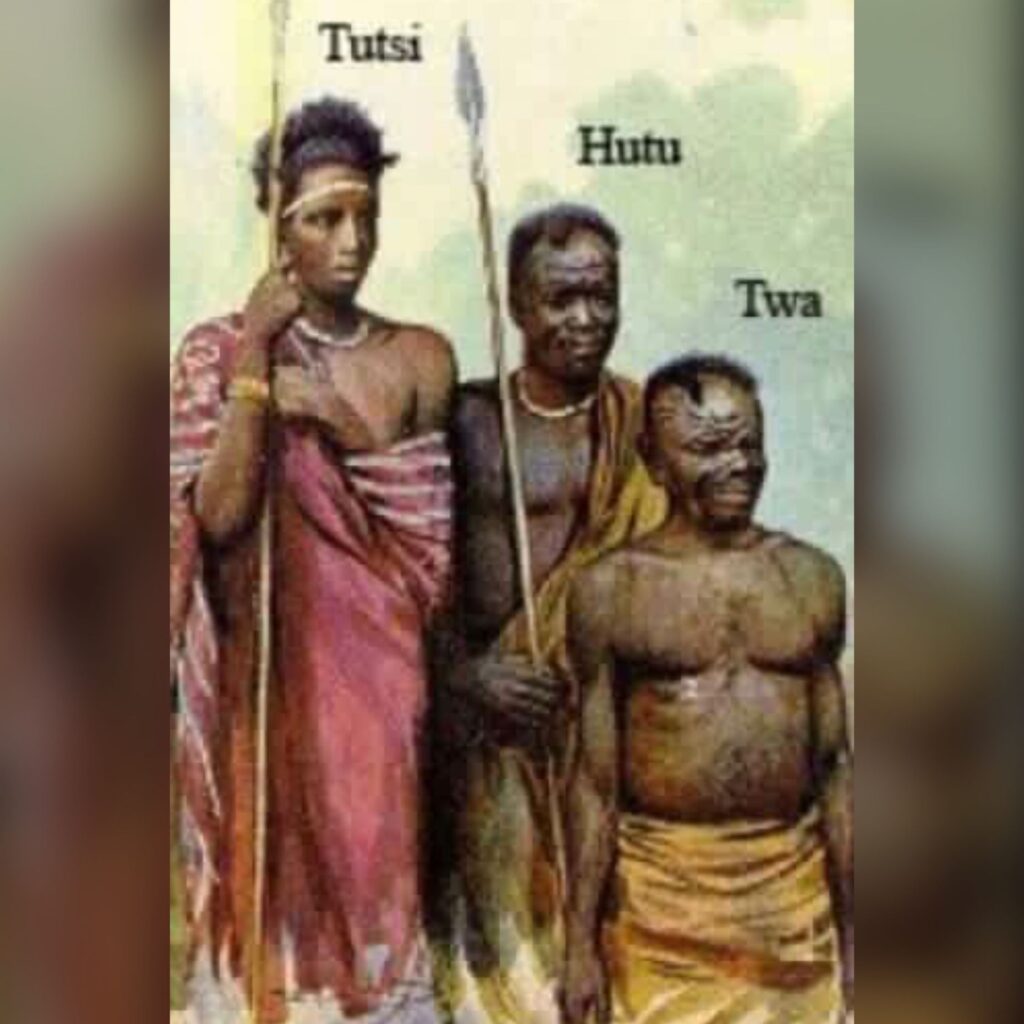 The 19th century – Reign of Rwabugiri

History became more precise in the 19th century. Expansion continued until the shores of Lake Kivu. Some expansion occurred because of military conquest and others occurred because of agricultural techniques, social organization, and the extension of political control over Mwami.

Invasions were prevented by stationing warriors at the borders.

Under the monarchic rule, there was an economic imbalance between the Hutus and Tutsis and a complex political imbalance developed. The Tutsis formed a hierarchy dominated by the king. He was treated as part divine and held responsible for the prosperity of the country. The sacred drum Kalinga is the symbol of the King.

He controlled 100 large estates including banana trees and herds of cattle. The estate was the basis of the ruler’s wealth. The best estates were reserved for about 20 of the king’s wives. The people were expected to give tribute. A Tutsi administrative hierarchy collected it. Next in the hierarchy to the Mwami was the Tutsi ministerial council made of chiefs who had cattle and land, and then next in line were the military chiefs.

A group of lesser Tutsi chiefs followed the military chiefs, and they governed the country in districts. Each district had a cattle chief and land chief. They collected tribute in livestock and produce. After these chiefs came the hill chiefs and neighborhood chiefs. More than 95% of the hill and neighborhood chiefs were Tutsi.

The military chiefs controlled the frontier regions and had defensive and offensive roles. They protected the frontier and made cattle raids against neighboring tribes. The Biru was the council of guardians who advised the Mwami on duties as regards spiritual powers and court rituals.

The goal of this structure of leadership was to reinforce the king’s leaders. 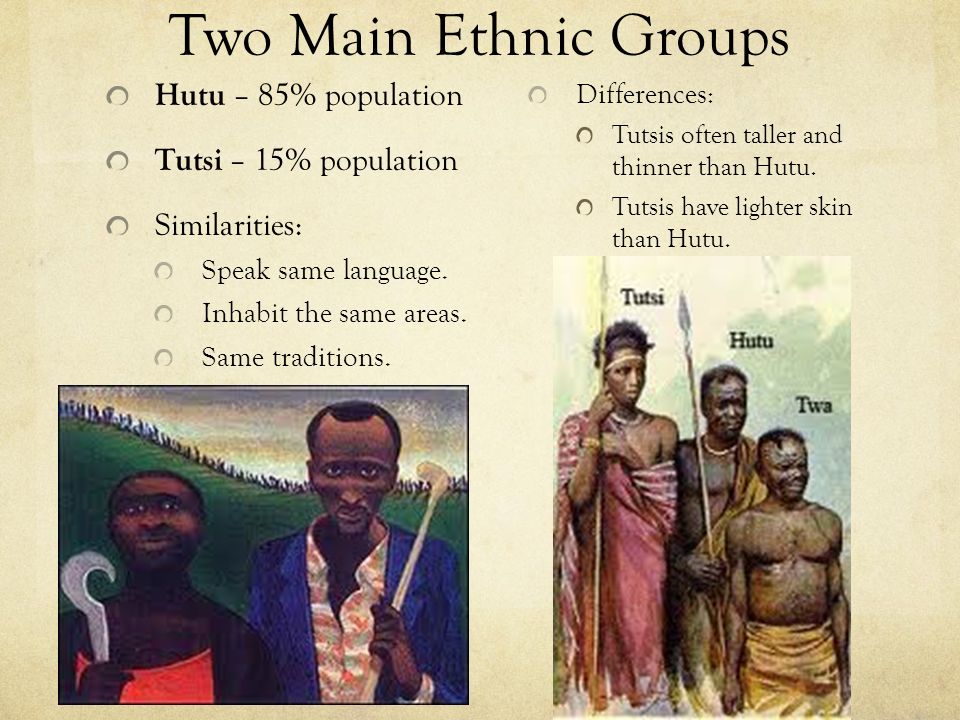 The military had both Hutu and Tutsi amongst them. Thus, there was uniformity of language and unity. At this time, they were peaceful. A traditional local justice system called Gacaca served as a conflict resolution, justice, and reconciliation body. The Tutsi king was the ultimate judge of cases that he heard and this bred harmony.

The distinction between ethnic groups was fluid. If you lost your cattle due to a disease epidemic, you were regarded as Hutu. If Hutu obtained cattle, they would be Tutsi, having climbed the ladder of social strata. This ended when colonial rule began.

By the 19th century, Mwami, the king of the Rwabugiri kingdom carried out decades of military conquest followed by administrative consolidation. This ensued in his kingdom gaining control over what is today called Rwanda.

Germany and Belgium who colonized the territory allied with the Rwandan court.

The joint body of anti-colonial and anti-Tutsi feelings in the country caused Belgium to grant them independence in 1962.

The 1890 conference in Brussels divided the region of Rwanda and the Great Lakes. Rwanda and Burundi were then given to the German Empire as a reward for renouncing claims on Uganda.

In 1894, Rutarindwa inherited the kingdom from his father Rwabugiri IV but it came with an unhappy council. There was rebellion and the family was killed. Yuhi Musinga then inherited the throne through his mother and uncles. There was still dissent. 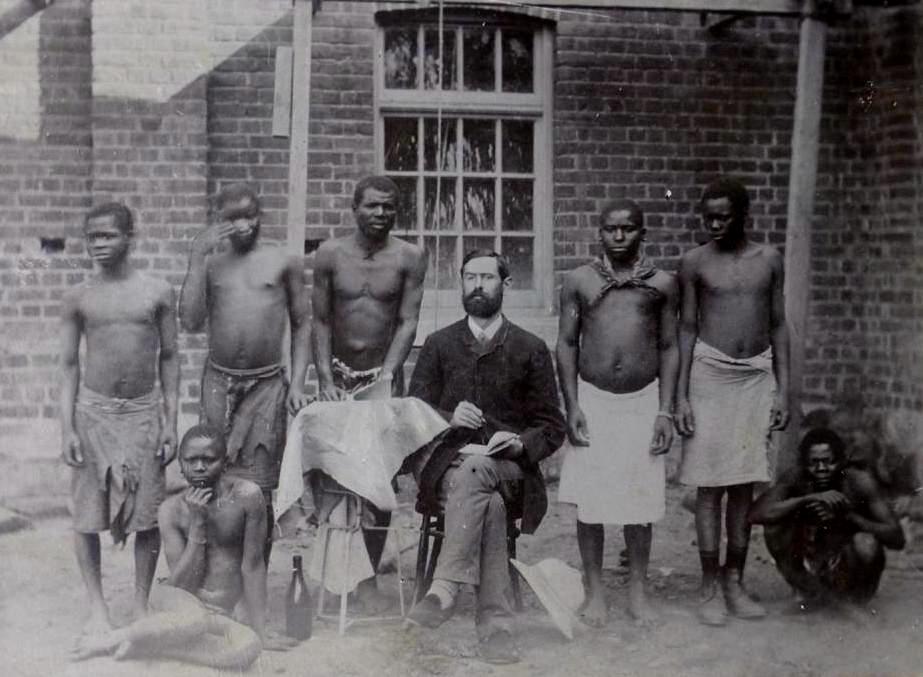 A German, Count Gustav Adolf von Götzen was the first European to visit Rwanda. He led an expedition from 1893 to 1894 and claimed the hinterlands of the Tanganyika colony. This German Count entered Rwanda at Rusumo Falls, traveled through, and visited the court of Rwabugiri in 1894 at his palace in Nyanza. He reached Lake Kivu and the king died the following year.

In 1897, during the middle of the turmoil over succession, the Germans moved in and claimed it for the Kaiser. There were only 2500 soldiers in East Africa. The German colonialists and the missionaries arrived at the same time.

Records show that Rwandans put up less resistance than Burundi to colonial rule. German rule was done indirectly by placing agents at the courts of all the local rulers. They did not support modernization and introduced the collection of cash taxes. German colonialists hoped that the idea of cash taxes would compel the farmers to start trading their crops. They wanted the farmers to require payments in cash. This changed the Rwandan economy.

The Germans believed the Tutsi who were the ruling class were racially superior to the other natives. The Tutsis were alleged to be Hamitic. This meant that they came from the origins of the Horn of Africa and this was more “European” than the Hutu.

Roman Catholic officials and the colonists favored the Tutsis because they were taller, had more honorable and eloquent personalities, and were willing to convert to Catholicism. The German favoritism for the Tutsis was almost feudal.

Tutsis were granted ruling positions. This determined the path of the governing body in Rwanda.

The effect of German Presence in Rwanda 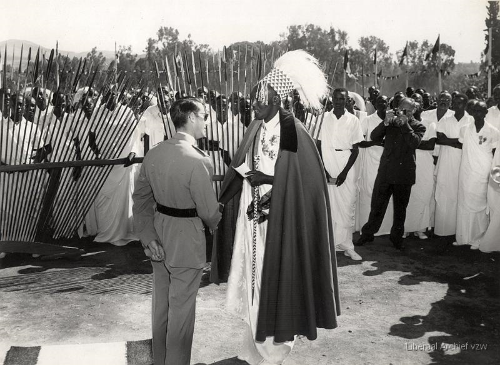 Before the colonial era, the Tutsi were about 16% of the population, even though they were poor peasants. They were also the ruling elite. A noteworthy minority of the non-Tutsi political elite were Hutu.

The presence of the Germans helped increase the control of the Mwami over the affairs of the country. However, Tutsi power weakened the growth of trade and increased integration with outside markets and economies. Money became accepted as a replacement for cattle when it came to defining economic prosperity and social standing.

The head-tax on all Rwandans weakened the Tutsi. The tax freed the Hutus from their bond to their Tutsi patrons and increased their dependence on the Europeans. It made them equal. Although Germany tried to uphold the tradition of Tutsi domination on the Hutus, the Hutu began to shift their ideas.

In 1911, the Germans helped the Tutsi put down a rebellion of the Hutu in the northern area of Rwanda who was unwilling to submit to Tutsi control. 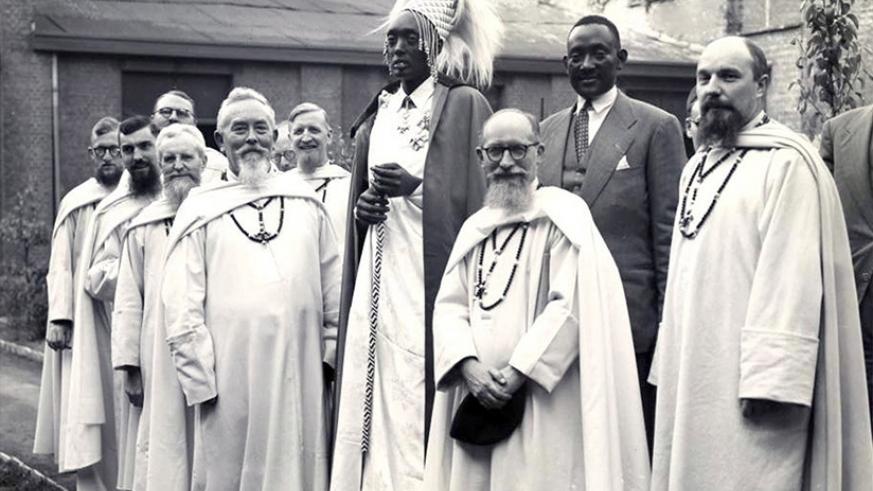 When WW1 ended, Belgium accepted the League of Nations Mandate of 1916 to govern Rwanda as two kingdoms. A colonial military regime such as Kingogo, Bushiru, Bukunzi, and Busozo, brought small independent kingdoms to the west, and under the control of the central Rwandan court.

The Belgian government relied on the Tutsi power structure for overseeing the country. They improved the interests of Rwanda in education and agriculture. Belgians introduced cassava, maize, and Irish potato to improve food production. This helped minimize the impact of the drought in 1928-1929 and 1943-1944.

The second drought is called the Ruzagayura famine. This affected the Rwandan population and almost one-third of the population died. Also, many Rwandans migrated to Congo as a survival strategy. The result was the instability of Congo.

The Belgians wanted a profitable colony, introduced coffee as a commodity, and used a system of forced labor to cultivate it. Peasants were ordered to devote a percentage of their fields to grow coffee. The Belgians and the Tutsis enforced this.

The international bodies condemned this form of labor. Hundreds of thousands of Rwandans migrated to the British protectorate of Uganda. They were wealthier and did not have these wicked policies.

The Tutsi and Hutu Divide in Rwanda 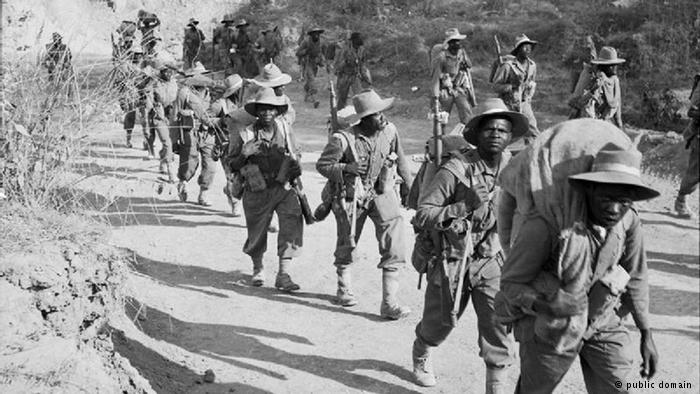 The Belgians enforced the Tutsi and Hutu divide so they could rule them.

Eugenics is the practice of advocacy of improving the human species by selectively mating people with specific desirable hereditary traits. It aims to reduce human suffering by breeding out disease, disability, and supposedly undesirable characteristics from the human population. For example, Nazi eugenics policies led to the murder of millions during World War II.

So the eugenic movement in Europe and United States led the colonial government to measure skulls (for brain size). Tutsi skulls were bigger, their skin was lighter and they were taller. For this reason, the Europeans believed that they had Caucasian ancestry. Racial identity cards were issued to citizens defining them as Hutu or Tutsi. The Tutsis had political control. Tutsis believed the myth that they had superior racial status and exploited their power over the Hutu majority. 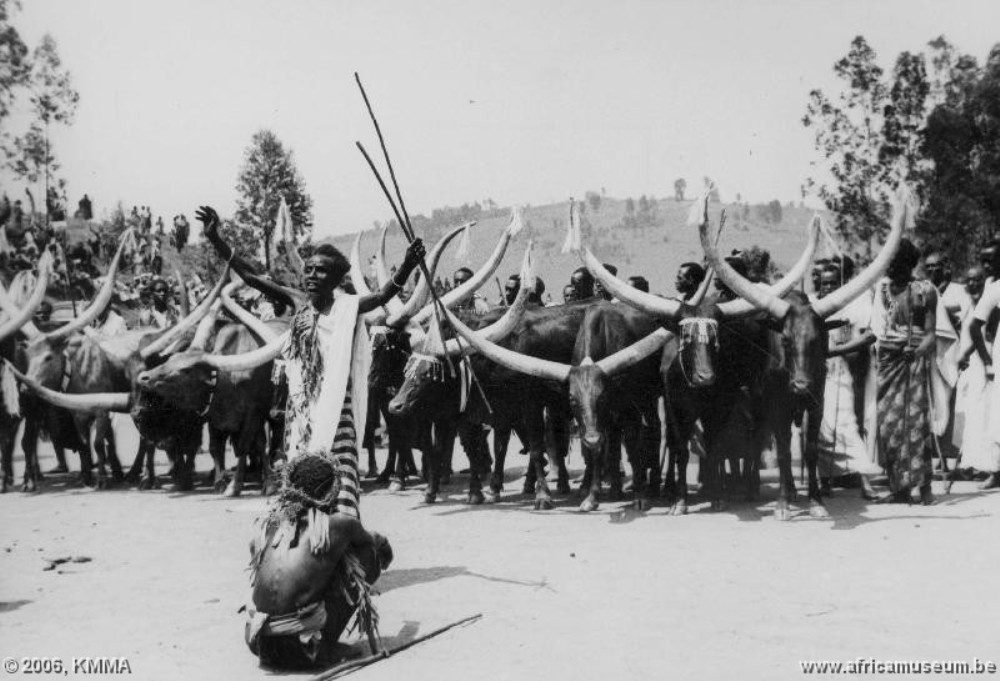 In 1942, Mwamu Yuhi IV became offended by the fragmenting of Hutu lands. He wanted to centralize his power so he could get rid of the Belgians. In 1931, the Tutsis plotted against the Belgian administration. The Belgians responded by dethroning the Tutsi Mwami Yuhi. The Tutsi took up arms but feared the Belgian military and so did not revolt openly. Mutara III replaced his father, Yuhi. He then converted to Catholicism.

From 1935, the ID cards stated their tribes. Richer Hutus converted to Tutsi via Belgian classification. The Roman Catholic Church reinforced the differences by creating separate educational systems for each of the tribes. All through the 1940s and the 1950s, most of the students were Tutsi.

After World War II, the Ruanda-Urundi territory became a United Nations trust territory and Belgium was the administrative authority. Some of the reforms the Belgians instituted in the 1950s encouraged the growth of democratic political institutions. The Tutsi traditionalists resisted it as they saw it as a threat to the Tutsi ruling. King Rudahigwa was a king with a democratic vision and he abolished the “ubuhake” and distributed land and cattle in the late 1940s.

Although Tutsi retained control of most of the lands, the Hutu felt liberated. Reforms changed the perception of the Tutsi as having control of cattle and the definition of wealth and social positions. These reforms contributed to ethnic tensions.

Elections in Rwanda began to be carried out under the secret ballot system. In this time, the majority of Hutus made enormous gains. The Catholic church changed its position and began to oppose the Tutsi mistreatment of the Hutus and promoted equality.

To be continued in part II

Also, read 25 Best Valentine Gifts for Him and Her without Breaking the Bank