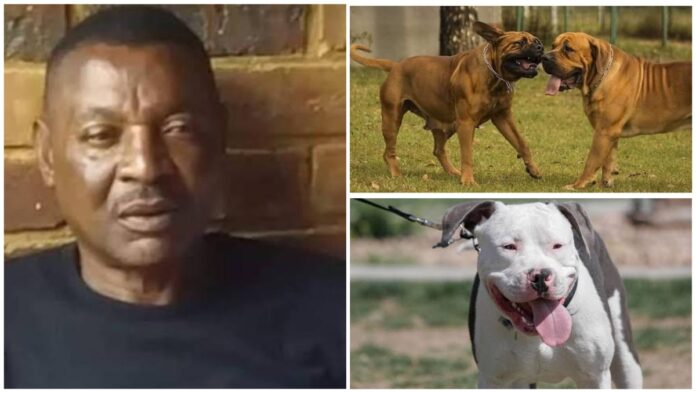 An ex-football player from Zambia, Philemon Mulala was mauled to death by three of his dogs in South Africa over the weekend.

After he was found on Saturday, his wife called emergency services, who rushed to the scene. He could not be saved and was pronounced dead in his garden.

According to a police press release, his partner heard the dogs barking on the other side of the house, but did not check because the dogs “would frequently bark at passing pedestrians and vehicles”.

She then looked for her husband around the house, but did not find him.

After leaving, she discovered that her husband had been bitten by two Staffordshire Bull/Pitbull crossbreeds and another dog of unknown breed.

South African police say an investigation into the circumstances of the events has been launched.

The Society for the Prevention of Cruelty to Animals (SAPS) removed the dogs from the site and took them to animal shelters.

Mr. Molala played for the Zambia national team and Mufulira Wanderers. In the 1980s he moved to South Africa to play for Kaizer Chiefs and then Cape Town Spurs.