10 Popular Movies You Never Knew Were Filmed in Africa 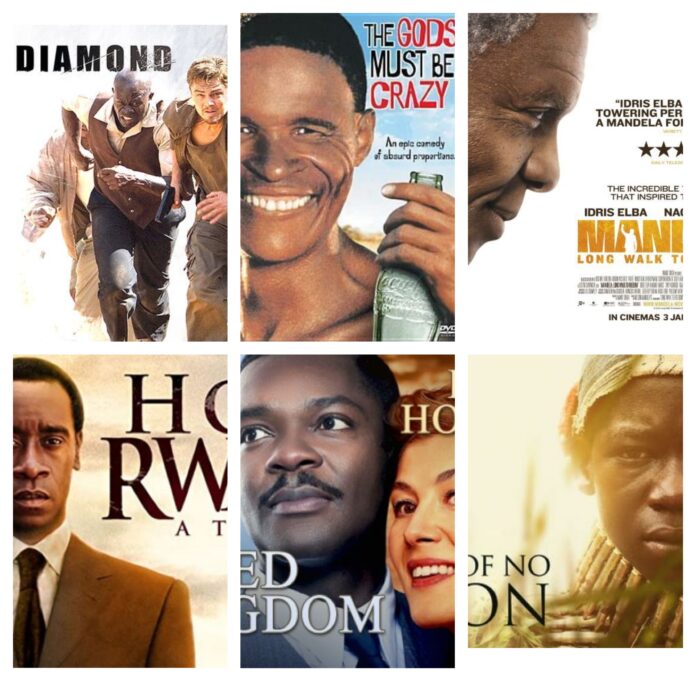 You might be shocked to know the number of popular movies you never knew were filmed in Africa.

By now, we are sure that you know that the wildlife and fascinating scenery of Africa are incredibly diverse.

Mountains, rivers, deserts, and tranquil landforms can all be found in Africa, making it one of the most beautiful continents on earth.

It is also blessed with excellent nature, including colorful birds with captivating songs and charismatic mammals like elephants and lions.

Therefore, it should come as no surprise that Africa has long been a top choice for movies producers.

When you’re browsing the theaters, you’ll notice that some movies were shot in locations you’d love to visit yourself.

A movie’s setting has to be beautiful and has to strengthen the plot for viewers to appreciate that movie.

Producers know this and do their best to shoot films in the most beautiful places available to them. They also understand that beautiful locations can help increase their chances of a film being a success.

Producers achieve this success by trying as much as possible to have much control over their productions by hiring the best location scouts available and shooting on locations where they know producers and directors will appreciate the beauty of their home country or city.

Beautiful locations make the viewer feel like they are in the movie, with them and in their world.

This is why productions spend so much money on sets, props, costumes and filming locations.

With Africa ticking all these boxes being a beautiful spot, here are 10 popular movies you never knew were filmed in Africa

South Africa and Botswana served as the filming locations for the 1980 official comedy movie, The Gods Must be Crazy.

The movie investigates the lives of those who dwell in an African desert. Up until the day a Coca-Cola bottle unexpectedly falls from a plane, provoking a dispute between the locals, they are content and unbothered.

They struggle to maintain control of the enigmatical thing. The chief intervenes to resolve the conflicts as the film then develops into a series of comical occurrences.

This film examines themes such as friendship, race, and community. The movie also won a LAFCA Award.

This movie tells the life narrative of Nelson Mandela, one of the most well-known figures in Africa, and highlights his contributions to South Africa’s struggle for independence.

Mandela suffers punishment for aggressively pursuing the liberation of his people: he is abused, beaten, and given a jail sentence.

One informative movie is Mandela: Long Walk to Freedom. You will continue to learn about the hardships faced by African people as you watch the events on your TV screen.

It’s a love story in this tale and probably one of the popular movies you never knew were filmed in Africa.

This movie was filmed in Botswana and the story line is about a prince named Seretse Khama, who just returned from finishing his studies in London.

Ruth, a white woman, is the name of his sweetheart. The couple’s love tale was to continue when they returned to Botswana.

This film does a terrific job of demonstrating how real love can overcome even racial barriers.

This 2004 film, running 2 hours and 1 minute, has a 91 percent rating on Rotten Tomatoes. Most of the filming took place in Johannesburg, South Africa, and Kigali, Rwanda.

The Rwandan genocide, regarded as one of the deadliest to have occurred in Africa, occurred in 1994 as a result of significant miscommunications between Rwanda’s two most significant ethnic groups, the Tutsis and the Hutus.

The story of the genocide is told in the film Hotel Rwanda. This genocide claimed over a million lives in Rwanda, yet no one appeared to care.

The life of Paul Rusesabagina, a guy who plays the part of a hero, is examined in the film Hotel Rwanda.

While putting his life at danger, he provides protection from the impending massacre for several underprivileged Tutsis by providing them with a place to stay.

5. The Boy Who Harnessed the Wind

The Boy who Harnessed the Wind, a fantastic Netflix film that was released in 2019, was filmed in Malawi, Africa.

The plot and pacing of this movie are both extremely amazing. William Kamkwamba and Bryan Mealer based their writing on a true story.

An impoverished youngster who lives with his family and struggles day and night to make ends meet is the movie’s primary character.

Before this youngster one day learns how to build windmills, a series of events take place in his life.

6. Beast of no Nation

Films have successfully told the history of Africa and its nations over the years. The same is true in Beast of No Nation.

Idris Elba and Abraham Attah are among the well-known actors who have appeared on the set of this Ghanaian film.

The emotions are strong, and the plot is tightly written. This film examines the suffering and loss brought on by things like politics, tribalism, corruption, and war.

7. Gorillas in the Mist

A different movie about gorillas Not shocking. Movies do a good job of narrating the story of how gorillas have been hunted and murdered in Africa.

A movie called Gorillas in the Mist was filmed in Uganda and Rwanda. It focuses on the life of a lady who relocates to Uganda and starts a career as a conservationist there.

She works in mountain gorilla care. As her affection for the gorillas builds, she eventually starts to enjoy her job.

South Africa and Mozambique were the locations for the fast-paced flick.
The plot is exquisite.

One day while at work, a person compelled to labor in a mine discovers a treasure. To release him, a series of events take place.

Born Free was filmed in Kenya and the movie explores friendship and affection for animals. Three orphaned lion cubs are adopted and raised by the main characters, George and Joy Adamson.

When the lions mature, two are given to a zoo, but the youngest, Elsa, stays with them. Joy was attracted to the lion and decided to care for it. The choice to keep Elsa ultimately results in some difficulties.

The year 2014 saw the release of the documentary Virunga, which is set in the Congo. On rotten tomatoes, it has a score of 100, which is the best possible score for a film there.

It investigates the presence of gorillas, the threat they face, and the methods used to capture and kill them.

In this film, a couple of brave characters risk their lives to defend mountain gorillas.