Queen Abla Pokou of Baoule Tribe: The Ivorian Princess who Sacrificed her only Son for her People. 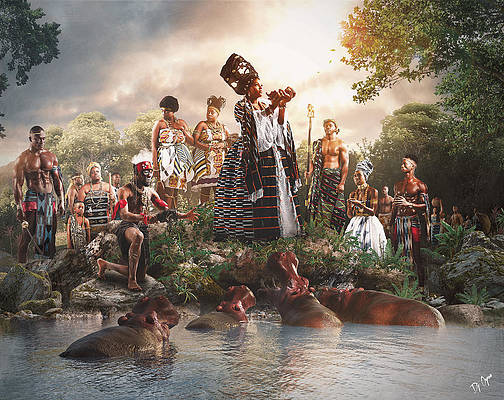 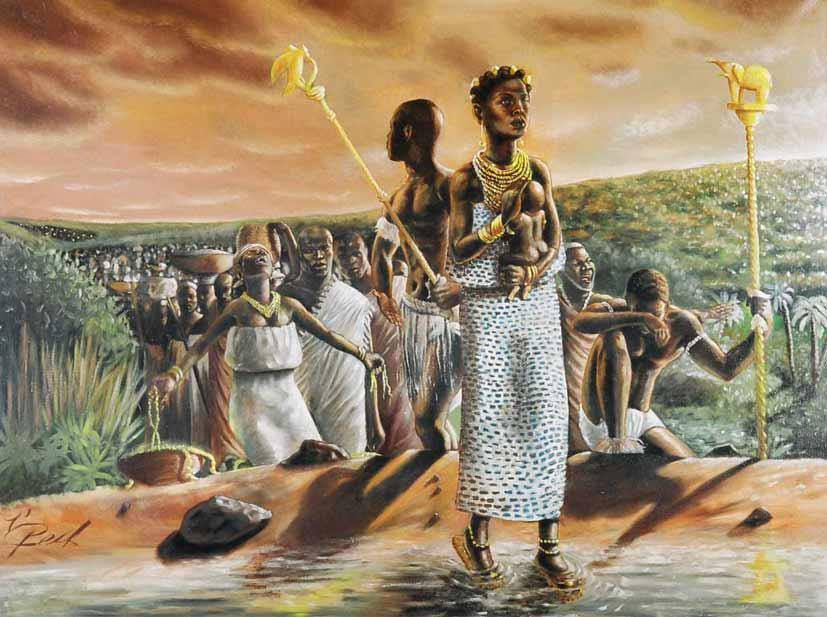 Queen Pokou, also known as Princess Pokou is famous for founding the Baoule tribe in the Ivory Coast.

She goes by many names such as Queen Pokou, Awura, Aura and Abla Pokou. She reigned as a queen and the founder of the Baoule ethnic group. Queen Pokou reigned between the year 1750-1760 for a period of ten years.

She ruled over a branch of the powerful Ashanti Empire as they expanded towards the West. It was a subgroup of the Akan people. The Baoule people are today one of the largest ethnic groups in the Ivory Coast.

Queen Pokou was a princess born to Nyakou Kosiamoa, the sister of Dakon at the beginning of 18th century. She was born in Ghana. Dakon was the ill-fated successor of Opoku Ware I. She was also the niece of Osei Kofi Tutu I, a formidable king who acted as co-founder of the Ashanti Empire, modern day Ghana. When king osei Kofi Tutu died, a succession war broke out, and Dakon, Abla Pokou’s second brother, who was one of the heirs to the throne, was killed. Fearing for her life and family, Abla Pokou fled.

Queen Poku became the leader of a part that broke away from the major Ashanti Confederacy. She refused to join the confederacy. Disparities between the various groups occasioned a war, The Ashanti queen then led a group of Loyal Followers towards the west in a long laborious journey to the Komoé River.

Many myths exist that imply that she sacrificed her only son so that her people could cross the Komoé River.

After the cross, the queen and her people pursued a lifestyle of farming in the savannah area. Pokou died after creating the Baoule kingdom. Akwa Boni, her niece, succeeded her as queen. Her niece fought and won many battles to expand the boundaries of the kingdom.

The Baoule people still exist today. The Baoule inhabit the area between Komoé and Bandame Rivers. They are about fifteen per cent of the country’s population. They have over the centuries, integrated smaller tribes into their peoples. 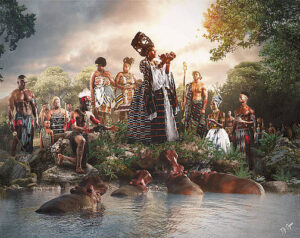 Tale of the sacrifice of her son

The myth says when Pokou arrived at the Komoé River, it was impossible to cross. Pokou then went to ask her priest for counsel. He told her that the sacrifice of a noble child was required to cross the river.

She then sacrificed her infant son, throwing him in the water. According to the stories, after she had thrown her son in the river, a giant hippopotamus appeared forming a bridge. Pokou and her people used this bridge to cross to the opposite side of the Komoé River.

When she got to the other side, she called out loudly ‘Ba wouli’ meaning ‘the child is dead’. This became the name of the new territory that they discovered.

Also read: The Songhai Empire: A Great Kingdom of the 15th Century