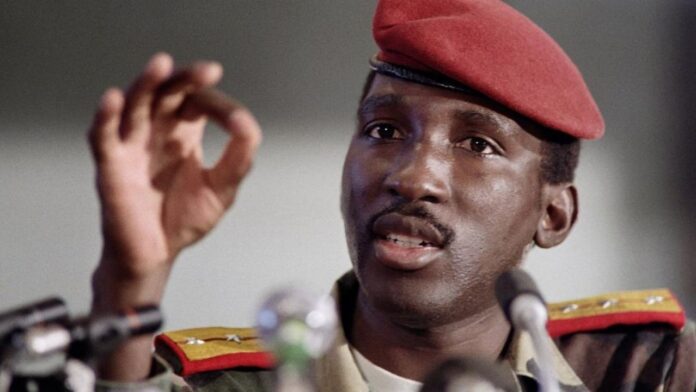 Compaoré was sentenced in absentia on Wednesday by a military court in Ouagadougou. However, he is currently exiled to Ivory Coast where he has obtained citizenship.

One of the lawyers on the Sankara trial case said “If it is not a mockery of justice we want, then the state must do everything possible while respecting the rights of the convicted. We insist on this so that this decision is carried out, if they must afterward have the right to an amnesty, that it is done as per the rules, that’s all….”

Another lawyer, Bénéwende Stanislas Sankara, added “we have the possibility of bringing justice to bear on this side again, so for us, it will be a matter of the collective of lawyers, in agreement with the families, if we have to take this on, we will see it through to the end”.

Former President Blaise Compaoré has been sentenced to life imprisonment over the murder of his predecessor, Reverend Thomas Sankara.

The verdict was given after a long trial period of six months, in the case of Thomas Sankara who was assassinated during a coup led by his friend and comrade-in-arms Compaoré on October 15, 1987.

Military prosecutors present in Ouagadougou, Burkina Faso’s capital requested a 30-year imprisonment sentence for the former president, who was tried alongside 13 others in the ongoing Sankara trial.

Asides from Compaoré, Two other main suspects, Gilbert Diendéré, one of the leaders of the 1987 putsch and leader of the 2015 coup, and Hyacinthe Kafando, leader of Compaoré’s guards at the time were both given life imprisonment sentences.

READ The Full Story on How Blaise Compaoré, Received Life Sentence for the murder of Thomas Sankara

Who was Thomas Sankara?

Sankara often nicknamed the African Che Guevara; came to power in 1983 after an internal power struggle at the end of a coup. At the age of 33, he was one of the youngest leaders in modern African history; and he became an iconic figure among a generation of post-independence African leaders.

His socialist program of nationalization, mass social welfare, and land redistribution was applauded as transformative; over his four-year rule over one of the world’s poorest countries.

Sankara’s government was credited for a surge in education and healthcare provision; and social reforms toward ending female genital mutilation and polygamy.

35 years later, Sankara is still popularly known across West Africa for his socialist reforms and speeches.