South African President Reacts After Being Accused of Theft and Kidnapping 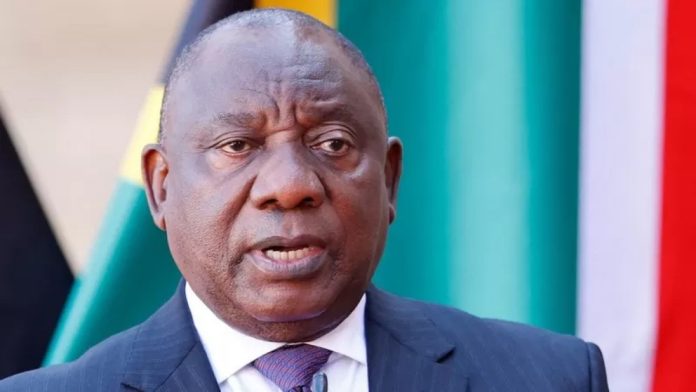 President Cyril Ramaphosa of South Africa has reacted angrily to charges of unethical conduct involving huge sums of money stolen from his Wildlife property in 2020.

Ramaphosa explained that the continuous negative reviews and assertions about his financial situation, is quite uncomfortable. He reassured South Africans that 100% of said stolen funds, came from animal sales and, unlike public reviews, he never took money from anyone or anywhere.

“It might come from our taxes, or it could come from anyone. I’ve never done anything like that before. And I have no intention of doing so in the future,” Ramaphosa explained while speaking to members of the ruling African National Congress (ANC).

However, Arthur Fraser claims he has filed criminal charges against Ramaphosa, citing proof of “photographs, bank accounts, video recordings, and identities” in connection with several allegations of misconduct, including kidnapping and bribery.

Although none of said proof have been made public, according to a police spokeswoman, a case of money laundering, obstructing the ends of justice, and kidnapping was registered at the Rosebank police station in Johannesburg on Wednesday afternoon. The representative stated that proper procedures would be followed in the case, especially considering its sensitive nature.

The President’s office issued a statement in reaction to the charges of crimes and a cover-up, conceding that the supposed theft from Ramaphosa’s farm occurred and stating that he was “not involved in any criminal behavior and once again vows his full cooperation with any police investigation.” According to his spokeswoman, the President was out of the country at the time of the break-in.

The charges, according to Fraser, stem from the loss of more than $4 million from Ramaphosa’s property in the northern province of Limpopo, where the President had been involved in a lucrative and lawful large wildlife trade for years. That figure is being contested by Ramaphosa.

Fraser claims that the crime was committed thanks to a domestic servant, and that the theft was kept hidden from the police and the revenue agency. He claims that Ramaphosa compensated the perpetrators for their quiet.

The President’s spokesman informed South Africa’s news24 that the police protection unit was aware of the loss, but that no case had been filed with the police.

The main opposition Democratic Alliance said it would write a complaint to the tax revenue authority over the apparent cash sale of wildlife and its tax compliance. At this time, no evidence of tax avoidance has been made public.

“The President is facing a crisis of credibility and cannot hide behind procedural smokescreens to avoid presenting South Africans with the entire truth around the money that was stolen from his farm, and the subsequent cover-up,” John Steenhuisen, the leader of the Democratic Alliance, said in a statement released Monday.

During former President Jacob Zuma’s reign, Fraser was the chief of the State Security Agency (SSA). Witnesses accused Fraser and the SSA of targeting political opponents, including Ramaphosa, during a wide-ranging anti-corruption commission. Fraser has continually rejected the charges, claiming that witnesses were lying.