The Creole Ship Revolt of 1841: The most successful slave rebellion in U.S. history 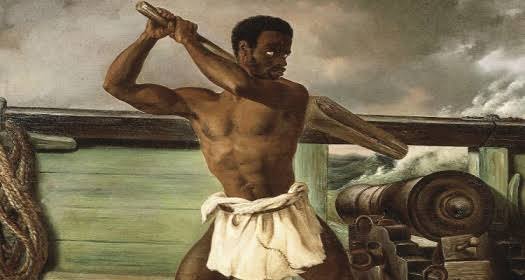 The Creole, which was a slave ship, was transporting 135 enslaved people from Richmond, Virginia to the slave markets in New Orleans. However, on the 7th day of November in 1841, 18 of the enslaved Africans attacked the crew, killing one of the slave traders aboard and wounding the ship’s captain, Robert Ensor. “With great coolness and presence of mind” they gathered up all the ship’s weapons and the documents related to their enslavement” After that, they settled on the British colony of the Bahamas, forcing one of the crew members to navigate for them.

Also onboard the ship, was Madison Washington, who had escaped slavery to Canada in 1840 at age 25 but was later captured and sold when he returned to Virginia in search of his wife Susan.

In a twist of fate, unknown to Washington, Susan was among the captives on board the Creole. Susan had been considered the faithful servant of her mistress and traveled to places like White Sulphur Springs and Norfolk on vacations. However, she was sold because her mistress believed she knew where Washington had escaped to and refused to reveal his whereabouts. 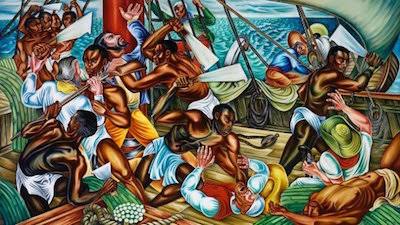 During the trip, at least 14 African men unshackled themselves in the forward hold of the ship. They waited for the right moment to take action, moving to the quarter-deck, picking up weapons as they moved along. Officers and crew were quickly overcome in the surprise attack. Washington reportedly “plunged into [the fight] without any care for his own preservation or safety.” By one account, Washington and the men clubbed some of the crew members to death and held the rest of them captive. With loaded muskets, the Africans took command of Creole with Washington as captain. He demanded that the ship be steered into British territory, which at the time had already abandoned slavery.

On the ship, enslaved women were kept in a different quarter from that of the men, so it was not until after Susan was set free from her shackles that she saw her husband was also aboard the Creole. According to accounts, Susan and Washington ran into each other’s arms tearfully hugging as they wept while their fellow survivors cheered on.

After the ship landed in the Bahamas, because slavery was illegal in the British colonies; the Bahamians considered the majority of the enslaved people on the ship free.  However, the  people who had been involved in overtaking the ship were held and charged with mutiny–at the request of the American consulate.