The damaging effects of Slavery and Colonialism in Africa. 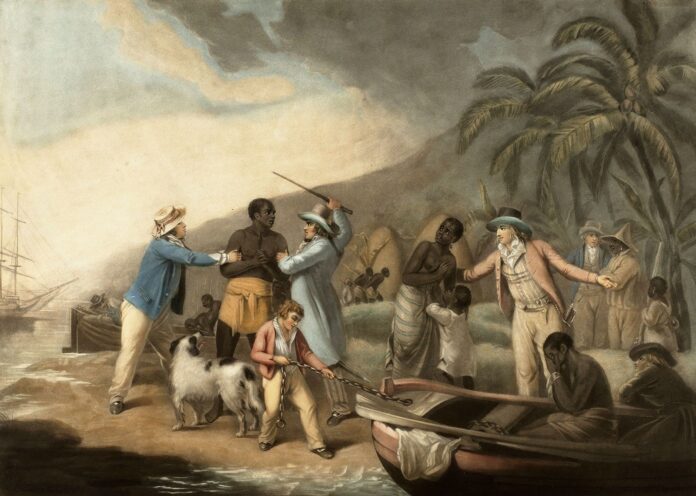 Colonialism is defined in the dictionary as the policy or practice of acquiring full or partial political control over another country, occupying it with settlers, and exploiting it economically, colonialism was introduced by the  Europeans in Africa.
With recent developments in Africa,  this inhumanity of man against man could have said to have originated in the continent as it is still showing itself in different shades. Colonialism has been in existence in  Africa for very long time. First, it was introduced when the whites  took our forefathers through  the transatlantic slave trade and made them work at sugar plantations in Europe.
Let us talk about Africa, before colonialism.
Can we all agree that the Europeans would not have come to Africa if the continent had nothing of interest to them? If Africa was a dry Sahara we would probably would not know how a European looks like.
Tales came to us from our forefathers about how peaceful Africa was before the coming of Europeans. They told us about how trust was all they lived on.  How they slept at night with their huts opened; leaving only dogs in front of the door to keep the livestock   from wandering inside the house; how traders left their wares by roadside with their price tags only to come back and take their money when everything might have been bought. Then everyone was trustworthy and a good name was considered worthier than gold.
And then the Europeans came, and all those days are just memories now; mere memories and this is what they will remain as. Europeans sold to Africans the dream of a better life. some came under the umbrella of Christianity others as traders and that was how Colonialism started.

Respectable men in our communities, people that were adored and respected. Agile men that protected their society were put in chains and dragged as thieves. Every ounce of dignity that was left in them was flogged out as they took them away to build their countries. Working in their mines or plantations while our countries were left to rot. 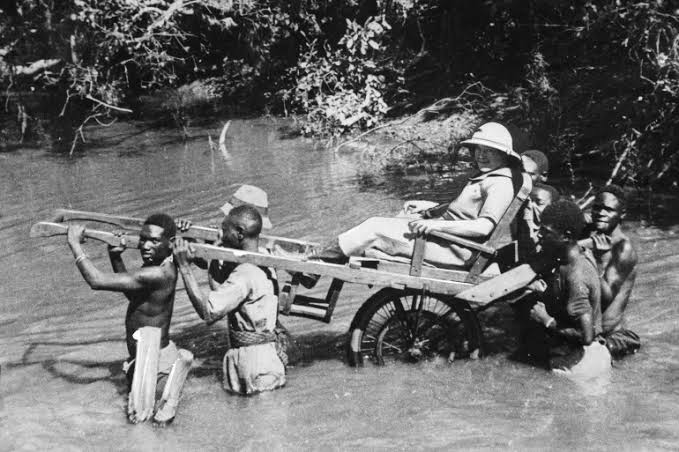 The Slave trade started with the Portuguese in the year 1480. It was one of the major mediums that Europeans employed to take Africans away from their homes. The global Slave trade transported over 10 million Africans as slaves. Let us slow down a little and think about this number, over 10 million agile and responsible people were taken away from their homes. Over 10 million people were deprived of freedom and were made to move about uneasily in chains. How does this reflect progress? Maybe yes progress in their countries because they used Africans to build their towns,  cultivate their fields, work in their mines, not to mention the fact that Africa’s national resources were and are still being stolen.

The main reasons for Colonization in Africa were Economic, Political, and Religious. This can be a long article talking about things a lot of us know about or better still we can talk about our sufferings during the era, talk about how colonization caused dehumanization of the African labour force and traders. Africans had to work in Colonial plantations at very low wages after being displaced from their land. During the colonial master’s era, Africans suffered a lot not to mention the cruelty that our forefathers had to undergo, the intense suffering and cruel treatment that Africans had to pass through. There were several negative reasons for colonialism such as the exploitation of Africa’s natural resources. Everything with a disadvantage has an advantage. Colonialism improved our health sector and also taught people European languages such as English and French, but at what cost ?. I believe if one of our forefathers that experienced the cruelty of the Europeans was asked to choose again, either to stay as they were or re-live the colonial era. What do you think he would choose?
Human beings evolve, if the Europeans had not come into this continent I believe we will be as we are now or probably better or worse but either way we would have gotten to the promised land. And maybe their countries won’t be as they are now but that is just an assumption because some people came into this continent and deprived us of our freedom. We are even still been colonized in how we think.
Colonialism ruined a lot in Africa; take for instance the era of Muammar Gaddafi, where a ruler who was promoting the interest of his people was made to appear to his people as a tyrant and was hunted and killed by them.
Africa was known to have trustworthy citizens all over before the colonial era, but after the colonial masters came into the continent, trust became nothing as corrupt leaders took over the reign of power steering the continent into chaos as the economy keeps on depreciating.
We have been hurt bitterly, just thinking about it makes my heartache, and we’ve all been through a lot. we might not have witnessed the pain physically but we have a root.
The struggles and sacrifices of our forefathers are what we are reaping today. I believe we can be better than what we are now.
It is not too late to be what we want. We have the resources, will, and manpower to be the greatest continent in the world. We should cherish what we have and bring back the days when the African legacy; were trust and unity and that was what we knew and cared about.
We just have to appreciate where we are coming from and make Africa great again. Our strength lies in our diversity, irrespective of our tribes; be it the Maasai, Fulani, Yoruba, San, Zulu and every indigenous tribe in Africa we are one. Let’s grow strong together because some of our brothers abroad are facing very severe treatments, some are being killed on a daily basis. There is no place like home but we all have to go out for greener pastures; I believe we won’t have to go anywhere if the home was conducive enough. I love Africa, I believe we all do, and the zenith can be our starting point. All we need to do is believe and be great again.
You can visit our site to Read more about African history
Share
Facebook
Twitter
Pinterest
WhatsApp
Previous articleUganda students resumes school two years after
Next articleMaya Angelou becomes first Black woman to appear on a US quarter