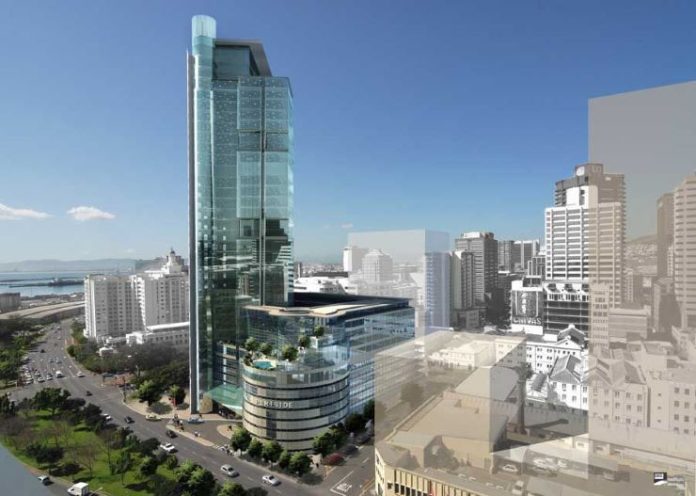 Africa is often thought of as a continent full of poverty, but this simply isn’t true as we would look at the top 10 wealthiest cities in Africa and our previous article also shows that Africa is indeed a blossoming continent.

Thanks to rapid growth in the core sectors of tourism, finance, construction, and real estate, however, there’s an immense quantity of money tied up in some of Africa’s biggest cities.

Any city’s wealth is measured by its assets and there’s a lot of wealth that exists across the continent of Africa; from Johannesburg to Lagos, to Casablanca and Accra, these are all wealthy cities with booming economy.

These assets can include property, cash and short-term bank deposits, equities, business interest, and all property holdings or even primary residences.

Interested in finding out which of these ranks as the richest? Then read on because we’ve compiled the list of top 10 wealthiest cities in Africa for you, ranking from least to top.

Accra, Ghana, one of the fastest-growing wealthiest cities in Africa and home to the region’s largest financial sector, is a prime destination for business travelers.

Casablanca is proving to be a popular choice for the wealthy ones around the world. With more Millionaires, multi-millionaires, and billionaires per capita than any other Moroccan city on this list.

The city can boast a large wealth of $40 billion due to its abundance of millionaires, multi-millionaires, and billionaires who have made a fortune from the city’s manufacturing and financial services sectors.

Casablanca has a lot to live up to as one of only two North African towns featured in our list… and it’s doing so without difficulty.

Despite the fact that Marrakech is perhaps Morocco’s most well-known tourist destination, the country’s largest metropolis is known as one of the wealthiest cities in Africa.

Pretoria, the country’s administrative seat of government and intellectual center (along with having the Council for Scientific and Industrial Research, which also houses three universities), is our first entry from South Africa.

The city which is South Africa’s capital and its economic hub has produced almost 2,600 millionaires and over 110 multi-millionaires.

All thanks to a strong job market and rising industries such as manufacturing, basic materials, and finance.

Not only is Pretoria one of the wealthiest cities in Africa, Pretoria is also home to Elon Musk, the richest man in the world.

Durban is the next entry from Africa’s wealthiest country, South Africa. Durban is a lively, vibrant center of business and activity, with the country’s third-largest population concentration (along with its biggest port).

Real estate, tourism, financial services, healthcare, construction, retail, and transportation are all strong industries, and their trade-in millionaires are even stronger.

At the time of the last count, the city’s $46 billion fortune was held by 3200 millionaires, 130 multi-millionaires, and one billionaire.

Luanda is one of the fastest growing cities in Africa, and for good reason. Home to more millionaires than any other city in Africa, the city boasts a growing economy that combines oil production, construction and real estate development.

The city’s booming economy is reflected in its skyrocketing property prices: In Luanda, real estate values rose by 36% from 2007 to 2009.

Luanda, which is Angola’s capital and largest city, has a booming real estate, construction and transportation industries that have made it the wealthiest city in Africa and one of the wealthiest cities in the world.

With a population of approximately 4 million people, rich history and friendly people, Luanda is an awesome place to visit.

Nairobi is a city on the rise: not only is its population growing by the day, but so is its job market, particularly in financial services, real estate, construction, tourism, telecommunications, and fast-moving consumer goods.

Roughly $55 billion dollars is thought to be in the hands of the city’s wealthiest private individuals, who number around 6800 millionaires and 280 multimillionaires.

Nairobi is a vibrant city with a rapidly growing economy. The real estate market is thriving, fueled by strong domestic demand, and the finance industry has been helped along by the growth of mobile banking.

Tourism is booming, thanks to its proximity to Maasai Mara National Reserve, Mount Kenya National Park and other scenic attractions in Western Kenya.

With the number of visitors Nairobi receives, it is not surprising to have them on the list of the wealthiest cities in Africa.

Lagos boasts a strong import/export economy as one of Africa’s busiest and largest ports. When you consider the city’s reputation as one of the continent’s fastest-growing financial capitals (with the highest GDP of any African country and a population that how Africa predicts will reach 86.3 million by 2100), it’s easy to see why it’s ranked so high on our list.

With many multi-millionaires and billionaires in the vicinity, the city is estimated to be worth $120 billion and for that, it ranks high on the list of the wealthiest cities in Africa.

Cape Town is South Africa’s most dangerous city, but it’s also one of its most attractive, with a magnificent coastline that draws millions of visitors each year.

Naturally, all that tourism brings a lot of money into the area, and when you combine that with the burgeoning real estate, financial services, and retail industries, you’ve got yourself a pretty wealthy city.

The city’s overall wealth is projected to reach an estimated amount of $135 billion.

You might probably add “home of Africa’s second richest city” to the list these days. Cairo is a massive, expansive metropolis that is the Arab world’s largest city and the world’s 15th largest.

As one might anticipate from such a large city, it has its share of extreme poverty, unemployment, and deprivation.

On the other hand, it is home to a high number of Africa’s wealthiest men and women, with multimillionaires and billionaires adding to the city’s aggregate worth of approximately $140 billion.

Johannesburg, South Africa’s largest city, is at the top of the list, with a total wealth of $248 billion.

Much of the city’s riches stem from its strategic location in the Witwatersrand hill range, which is rich in minerals and the epicenter of a lucrative gold and diamond trade.

According to World Atlas, Johannesburg has the highest concentration of millionaires in South Africa (970, according to the most recent estimate), as well as two extremely successful billionaires.

Because of the number of high-paying positions in the financial, professional, and telecommunications industries, even people without six-figure bank accounts can prosper in South Africa’s commercial hub.