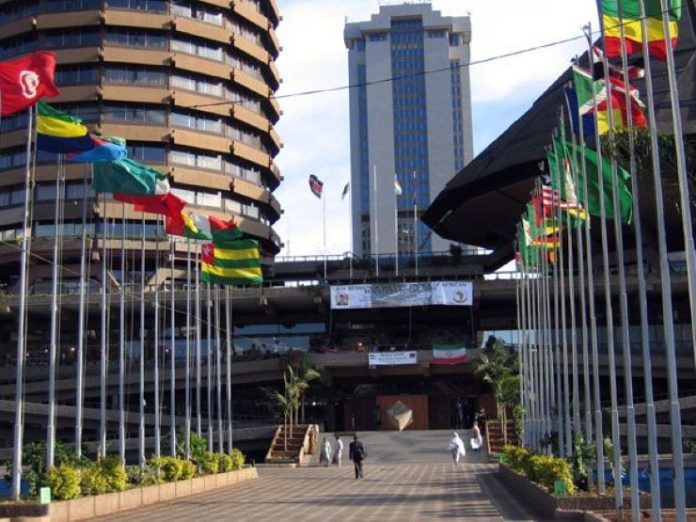 Contrary to the narrative portrayed by the media about the continent of Africa, it will interest you to know that Africa is indeed a blessed continent and that’s why we would be looking at the 10 richest countries in Africa by the latest stats.

The beautiful continent of Africa is blessed with an abundance of natural resources, raw materials, precious metals, and fertile soil.

As of 2020, South Africa had the highest concentration of private wealth in Africa, at 604 billion dollars.
Egypt, Nigeria, Morocco, and Kenya followed, forming the continent’s top five wealthiest markets.

The wealth value is related to assets possessed by individuals in each country, such as cash, properties, and business interests, with liabilities deducted.

In total, Africa had roughly 125 thousand high net worth individuals (HNWIs) in the same year, each with a net worth of one million dollars or more.

Despite the challenges that the continent faces, Africa’s 54 countries have some of the world’s fastest-growing economies.

Agriculture, trade, and natural resources are predicted to drive the African economy to a GDP of $29 trillion by 2050. With 20 million new job searchers every year in Sub-Saharan Africa alone, the region has an eager and increasing workforce.

Now, Africans are beginning to catch up with the rest of the world in terms of technology with more than 90,000 people in Sub-Saharan Africa using the internet every day.

With a booming population and exports of natural resources, Africa’s economic growth rate is expected to grow at an average of 3.2 percent annually for years to come.

While there are a number of ways to compare the wealth of different countries, one of the most effective is to assess each country’s gross domestic output or GDP.

This is the total worth of a country’s goods and services generated in a particular year. GDP is frequently adjusted for Purchasing Power Parity (PPP), which adjusts each country’s GDP relative to local prices, and is expressed in a fake currency called international dollars to make country-to-country comparisons more precise (INT).

Gross domestic product, or GDP, is a measure of a country’s total wealth produced in one year. It is the market value of all goods and services, including the value of labor and capital.

GDP per capita indicates a country’s wealth relative to its population size. It basically means, that the higher the GDP per capita, the higher the standard of living. This is due to the fact that the GDP assesses the monetary value of all goods and services produced in a country over a specific period of time.

The four top African countries, according to the International Monetary Fund, have GDPs of more than $500 billion (INT) in 2020.

Despite the fact that GDP is usually assessed annually, quarterly data are nevertheless available. It is computed by taking into account elements like output, expenses, and income.

Inflation can be changed to represent inflation and population increase in some cases, offering more information.

The GDP is significant for a variety of reasons. For one thing, it provides a somewhat accurate estimate of a country’s economy’s size and growth rate, allowing decision-makers and investors to make smart and well-informed decisions.

To put this in context, international investors can simply determine “to either invest in fast-growing economy abroad—and, if so, which ones” by evaluating GDP growth rates from different countries.

With this in mind, here’s a list of the top 10 richest countries in Africa by the latest stats.

Nigeria has Africa’s greatest population. Nigeria’s population is expected to reach 401.31 million people by the year 2050, according to the United Nations.

With a population of over 200 million people, this West African country accounts for a significant portion of the continent’s economy.

With a GDP of just over $514 billion, Nigeria is Africa’s richest economy.

It has the biggest GDP in North Africa, $394.28 billion, and is one of just three countries from the region on the list of the 10 richest countries in Africa.

This southern country is a major player as the continent’s third richest country.

With a well-advanced economy, superb infrastructure, and a GDP of over $400 billion, the country is regarded as one of the world’s fastest-developing.

The only country on this list that does not rely on a single revenue source is South Africa.

Not only does South Africa make the list of the 10 richest countries in Africa, the country is also Africa’s most developed and technologically advanced country.

This is the second country from Northern Africa on the list. Algeria has the fourth-highest GDP in Africa, according to the IMF, with $151.46 billion.

The country’s main source of revenue is oil and gas, which accounts for over 70% of total budget receipts. Hence, the country ranks number four on the list of the top 10 richest countries in Africa.

Morocco’s diverse and steady economy, with continuous growth in various industries during the last decade, makes it the fifth wealthiest African country.

Morocco’s non-oil-producing nation also ranks second among Africa’s richest nations. The Moroccan economy is one of the fastest-growing in the region, and it’s also Africa’s second-richest non-oil producing nation.

The country has a GDP of approximately $124 billion and boasts over 40 million citizens.

This East African country has a GDP of $106.04 billion. It is the only country from Eastern Africa that has made the list of the 10 richest countries in Africa.

Kenya’s agriculture industry is the backbone of the economy, accounting for over 33% of the country’s GDP (GDP).

Kenya had the third-largest economy in Sub-Saharan Africa as of 2020, following Nigeria and South Africa.

Ethiopia is Africa’s seventh richest country, with a GDP of $93.97 billion, and is a landlocked country divided by the Great Rift Valley.

This historic location is known for being the birthplace of the coffee bean and has archaeological artifacts dating back millions of years.

As a result, it is Africa’s leading producer of coffee and honey and it also makes the list of the 10 richest countries in Africa.

Ghana is the second West African country on the list. With a GDP of $74.26 billion, it just makes the list of the continent’s richest countries.

It was the first country in Sub-Saharan Africa to gain independence from colonial rule and to reduce extreme poverty by half.

With a GDP of $70.99 billion, this francophone West African country ranks ninth in Africa.

As the world’s leading supplier of cocoa and raw cashew nuts, a net oil exporter, and a strong manufacturing sector, the country is well-positioned.

Angola has one of the continent’s biggest reserves of raw minerals.

However, due to resource mismanagement and internal corruption, the country’s economy has collapsed.