10 Poorest Countries in Africa by Stats 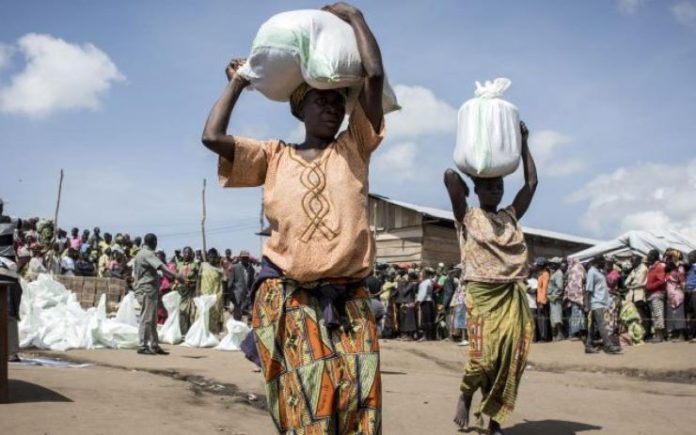 The world has seen many peacekeeping and intervention efforts over the years in Africa. However, there are still some countries that are regarded as the poorest countries in Africa by stats.

What this means is that those countries that have been on the receiving end of these initiatives are still mired in poverty. In other words, more people than ever before are suffering, with no hope in sight.

The problem of poverty is very complex and a problem that has been faced by millions of people all over the world for centuries.

In Africa, there are about 600 million people who live on less than $1.25 per day, and 15 percent of Africans do not have access to clean water, which kills more than half a million children under five years old every year.

The poorest continent on Earth, Africa is a land of economic insecurity, political instability and corruption, civil wars, and terrorist insurrections.

Africa is also home to 21 of the world’s 55 countries classified as lower middle income.

GDP per capita is calculated by dividing the total value of all products and services generated by a country by the number of people living in that country.

While Gross National Income (GNI) goes a step further by incorporating any foreign money a country may have received during the period under review.

Wondering what the poorest countries in Africa are? Here’s a list and their 2020 GNI per capita (Atlas method, current US$)

With a population of 10 million, Burundi is the most densely populated country in Africa.

The country has a long history of political instability, including several civil wars since gaining independence from Belgium in 1962, as well as an ethnic conflict between Hutus and Tutsis that lasted for several years before ending in 2005.

Somalia is a country located in the Horn of Africa. It shares borders with Ethiopia and Kenya as well as Djibouti.

A handful of foreign investors have been operating in Somalia since 1991, due to its proximity to Europe and Asia.

The Republic of Somalia is widely regarded as a failed state due to its lack of central authority. However, it is not entirely conflict-ridden as some people believe; it has been battling economic challenges for many years.

But the country is so undeveloped and largely unindustrialized that it has extremely low levels of productivity in most sectors of the economy, thus making it to the list of the poorest countries in Africa.

CAR is a large landlocked country in Central Africa. Although the country is on the list of the poorest countries in Africa, the Central African Republic is, however, rich in natural resources and has been blessed with vast forests, large lakes, and diverse wildlife.

However, it has been damaged by man-made disasters, due to a protracted war that was between Seleka rebels and the government.

The population of CAR is 4.8 million people but in spite of this, thousands have died due to starvation and lack of access to basic amenities such as electricity, clean water, and health facilities.

4. The Democratic Republic of Congo

The resources in the Democratic Republic of Congo are second to none.

Niger is landlocked and one of the least developed countries in the world.

It is situated in Western Africa, bordering Algeria to the north, Nigeria and Benin to the east, Burkina Faso and Mali to the south, and Libya to the west.

Niger is subject to extreme droughts, poverty, and food shortages due to complex climate change issues.
Niger has a GDP per capita of $1,263 and a GNI per capita of $530.

Since the end of its civil war, Mozambique has made significant strides in improving its economy and infrastructure.

This emerging market is blessed with natural resources, including petroleum, natural gas, coal, hydropower, and manganese ore. Its primary industries are agriculture and forestry. Mozambique is a country located on the east coast of Southern Africa.

It has been plagued by a number of issues, including government corruption and insurgencies being one of the major problems faced by the country.

All these have resulted in the country being one of the poorest countries in Africa and it has a GDP per capita of $1,297 and a GNI per capita of $460.

One would easily wonder what Liberia is doing on the list of the poorest countries in Africa considering that Liberia is the oldest African republic and the very first to gain her independence.

After all these years, conflicts and poor leadership have resulted in the country having one of the poorest economies in the world.

The country’s GDP per capita is $1,428. It also has a GNI per capita of $530. It became a republic in 1847 and has had a tumultuous history defined by controversy, corruption, and military coups.

The country’s economy is heavily affected by its dependence on raw materials such as iron ore, rubber, and diamonds. Liberia has a small population of 4.4 million people and an unemployment rate of 80%.

Malawi is a landlocked country in Southern Africa, located between Zambia and Tanzania. With a population of over 16 million people, it has a GDP per capita of $1,568 and a GNI per capita of $580.

Madagascar is an island with a lot to offer: beautiful landscapes, thriving wildlife, and friendly people, however, it is also one of the poorest countries in the world.

Desertification is a major problem in this country, but so also is political instability, with the government overthrown by rebel forces in 2003 and again in March of 2013.

Also read: 6 Ways to Make Money As a Remote Software Developer in Africa

It is important to note that there is a similar trend common to all these countries—years of conflict, political instability, corruption, and mismanagement of natural resources.

These are man-made problems, which could be solved. Fixing those problems will give people in these countries a chance at better living.

As previously mentioned, the biggest problem in such countries is the corrupt or ineffective systems. This has led to a lack of proper education, healthcare, and housing for people.

If these systems were working, there wouldn’t be any poverty or famine in those countries. Another problem is the lack of good governance; this means poor planning for future generations as well as poor management of natural resources like water and oil reserves.

With a little focus on development, we could transform these countries into modern societies with better living conditions for their people.