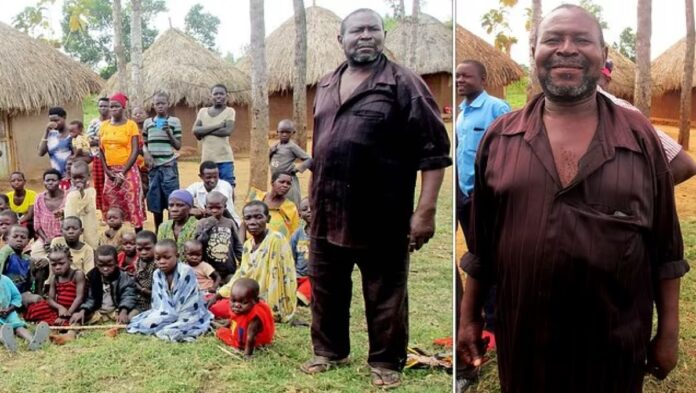 Hasahiya said he decided to stop increasing the already large number of his family.

He explained that he has had difficulties in feeding his family due to the current high cost of living and falling income that has plagued nations all over the world.

The 67-year-old, who lives with his family in Lusaka, Uganda, where polygamy is legal, explains: “My income has gone down over the years due to the rising cost of living and my family is growing.

“I can no longer have children due to limited resources.

“And with that in mind, I’ve advised all my women of reproductive age to go into Planned Parenthood.”

Mr. Hasahiya and his family live in Lusaka, Uganda where Polygamy is legal here.

He said that all of his wives lived in the same house so that he could “keep an eye on them” and prevent them from running off with other men.

His youngest wife Zuleika, mother of 11 of his children, said:

“I don’t want any more children,” she explained that she has seen the precarious financial situation and now I’m on the pill.

About a third of Hasahiya’s children, aged between six and 51, live with him on his farm.

His eldest son is 21 years older than his youngest wife.