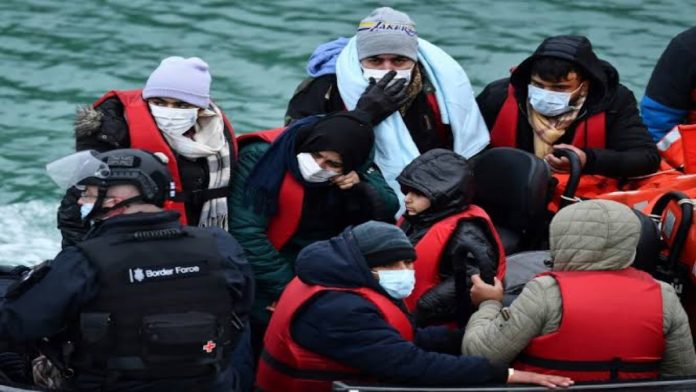 According to the “Home Office,” the first flight to Rwanda carrying migrants who have crossed the English Channel will depart in two weeks, on June 14th.

Officials have begun distributing formal instructions to those who would be flying to the African country for the first time.

It is believed that the move will be challenged in court by critics who have made their opinions clear right from the start. Several critics such as politicians, charities, and the Archbishop of Canterbury have all slammed the contentious idea, calling it the polar antithesis of God’s nature.

Some asylum seekers who have arrived in the UK are being transported to Rwanda to have their applications processed under the initiative.

They will be provided with housing and support while their application is processed, and if approved, they will be able to stay in Rwanda for up to five years with access to education and support.

The relationship with Rwanda is “a critical aspect of our effort to overhaul the flawed asylum system and undermine the vile people-smugglers economic model,” according to Home Secretary Priti Patel.

This year, more than 4,850 people have crossed the Channel in tiny boats, with over 3,000 doing so in March, compared to 831 in the same month last year.

The Home Office has not said how many people will receive removal notices at first, but one official told BBC News that everyone who will receive them is now in asylum detention.

At first, “fewer than hundreds” of migrants were given directions, according to a source.

The deportation instructions informed them that they would be taken to Rwanda and when they would arrive.

Individuals facing deportation as well as campaign groups opposed to the government’s stance are expected to take legal action, according to the Home Office.

Ms. Patel said that issuing the removal orders was “another essential step” and that she would not be deterred, even though she knew “attempts will now be made to disrupt the process and postpone removals.”

Officials at the Home Office said they are striving to ensure that people are given “necessary support” before they leave.

Interestingly, the initiative will primarily target single people who arrive in the UK in small boats or vehicles, with those who came after January 1 being evaluated for deportation to Rwanda.

Those who are denied asylum in Rwanda will be allowed to apply for visas through alternative immigration processes if they choose to stay in the country, but they may still be deported.

Critics have called the system “cruel” and expressed worries about the African country’s human rights record.

However, the UK government expressed alarm at the UN last year about “continuing restrictions to civil and political rights and media freedom” in Rwanda, but Prime Minister Boris Johnson rated Rwanda as one of the safest countries in the world while introducing the scheme.