US Signs Agreement To Return $23m Of Abacha Loots To Nigeria 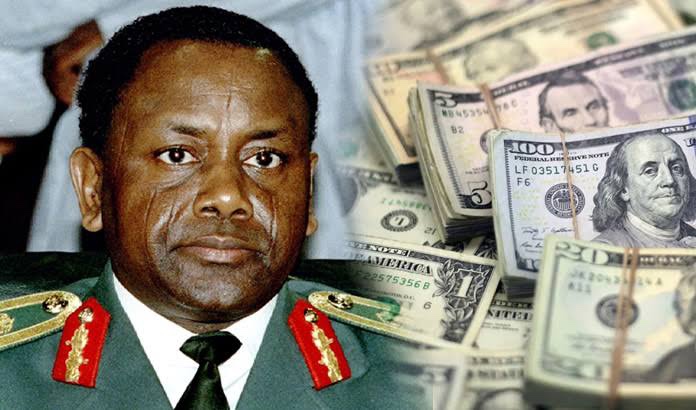 An agreement has been reached between Nigeria and the US government on the return of $23 million in Abacha loots.

The agreement was signed on Tuesday at the office of Mr. Abubakar Malami, Minister of Justice and Attorney General of Nigeria.

The attorney general said that President Muhammadu Buhari approved the recovered loot to fund the completion of the Abuja-Kano road, the Lagos-Ibadan expressway, and the Second Niger Bridge.

The attorney general mentioned that the three projects will require the investment of transparently acquired international recoveries into them as monitored strictly by civil society organizations.

US Ambassador to Nigeria Mary Leonard announced that the US Department of Justice and the FBI seized these funds in response to “violation of US law by General Abacha and his associates” when they shipped these assets to the US and laundered in UK accounts.

“These actions were a blatant violation of the trust of the Nigerian people. But today it is the result of extensive and high-level cooperation between the US, Britain, and the Federal Republic of Nigeria to make the Nigerian people whole,” Leonard said.

Leonard added that the agreement signing now stands as a form of assurance to the Nigerian government that the US is ready to cooperate with them to undo the errors and criminal activities of Nigeria’s previous administrations.

“This repatriation takes the total value of US repatriated funds(Abacha loots) in this matter to almost $334.7 million when combined with the $311.7 million recovered and repatriated in 2020 with assistance from the Bailiwick of Jersey and the Government of Nigeria.

“In other words, just like the $311.7 million that was previously seized and repatriated, these proceeds from crime will be converted into a noticeable and effective display of government asset opportunities that directly enhance the life of the average Nigerian.”

The US official said the US government is aware of the devastating effects of corruption in Nigeria and other societies and said it is undermining governments’ trust and ability to deliver governance dividends to citizens.

“The US views the battle against corruption as a vital national security issue given the role corruption plays in undermining democracy. In order to do this, President Biden sincerely embraced the US anti-corruption campaign in December, according to Leonard.

He added that the United States won’t stand as a home or safe haven for looted funds from any part of the world.