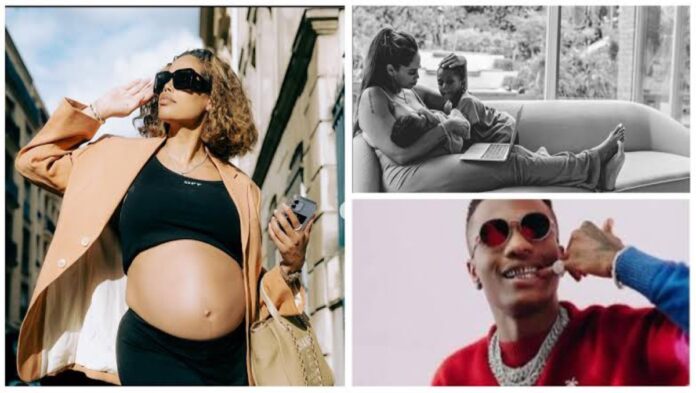 The 37-year-old businesswoman broke the news on her Instagram, where she shared a photo of her rocking her first child and her new baby with a caption; “More than a blessing. Thank God for another year.”

Jada Pollock is known in the industry for her entrepreneurial skills. Under her management, Wizkid has developed relationships with many prominent international artists, including Drake.

Before diving into Talent Manager, Jada was a stylist for the prestigious brand Gucci.

She had the opportunity to work with Chris Brown and met Wizkid at the Stars show in Lagos in 2012.

However, their relationship only became public when they welcomed their first child, Zion Ayo Balogun, in 2017.

This new baby is Wizkid’s fourth child and Jada’s second. The singer had his first child, Boluwatife Balogun, with the baby’s mother, Oluwanisola Ogudugu, and his second child, Ayodeji Balogun, with Guinea-American model Binta Diallo in 2016.