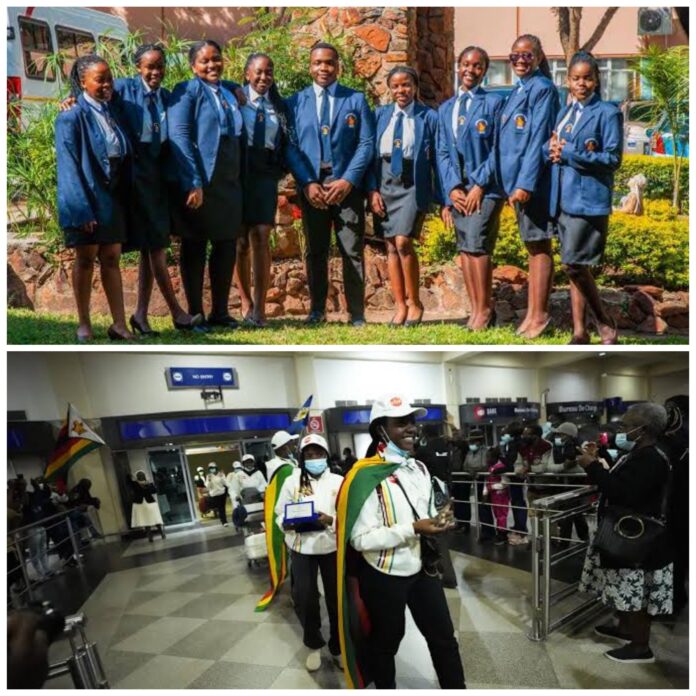 A team of Zimbabwean high school students has received accolades as it became world and European moot court competition champions.

The 11-person Zimbabwean team, which consisted of nine girls and two boys between the ages of 14 and 18, from various schools, was named world champions last month after taking first place in the online International High School Moot Court competition, held in May.

A team from New York City took second place in the competition, in which participants used fictitious cases to simulate trials in the pre-trial chambers of the International Criminal Court.

Zimbabwe was also crowned European champion after defeating the Netherlands in the final of the European Moot Competition for high school students on July 3. It was Zimbabwe’s first participation in both prestigious events.

According to squad captain Ruvimbo Simbi, European competition organizers were so delighted with Zimbabwe’s achievement in the International High School Moot Court competition that they encouraged the team to enter as the first African nation.

“It’s surreal and extraordinary,” said Simbi upon returning from Romania, where the European competition took place.

Also, read; The Traditional Huts of the Toposa People of South Sudan

“When we were at the European Moot Court, a lot of people didn’t even know Zimbabwe. We popularized Zimbabwe and let the world know about this country’s incredible talent,” said Simbi.

After the team won the high school competition, Emmerson Mnangagwa, the president of the South African country, summoned them to his official residence and gave them a monetary prize of $30,000 at that time.

The most recent victory, in his words, was “another victory for Zimbabwe’s pride.”

The squad was also congratulated by the European Union mission present in Zimbabwe.

The winning team was enthusiastically greeted by a crowd of students, parents, and fans upon their return last week.

Applause, singing, and dancing erupted as the crew arrived and handed their prizes in the usually stuffy airport. Flowers, balloons, and a red carpet were used to welcome them as they made their way out of the airport.

Some held signs that read, “Welcome back, champions.” Others played drums and the marimba, a traditional wooden stick instrument played with mallets.

To ensure that all black children could attend primary and secondary school, Zimbabwe’s new administration actively expanded the country’s educational system after gaining independence and majority control in 1980.

Previously, the education system was primarily geared towards the country’s white minority. However, the country now has one of the highest literacy rates in Africa, with a large percentage of its children in school.

However, recently, the country’s crippling economic problems have meant that the country’s education system has deteriorated, characterized by poor infrastructure, shortages of essential learning materials such as books, and frequent teacher pay strikes.

Zimbabwe’s educational system continues to be highly regarded in Africa despite these issues.

Kudzai Mutsure, principal of the Dominican Convent, an all-girls Catholic school in Harare where some team members are enrolled, stated that Zimbabwe’s educators “mean a lot” to the country by way of the successes in the international mock court competitions.

Mutsure explained the importance of academic, sporting, and cultural activities simultaneously taken by students. He noted that a student can thrive in any of these areas, as noted by the victory being celebrated.