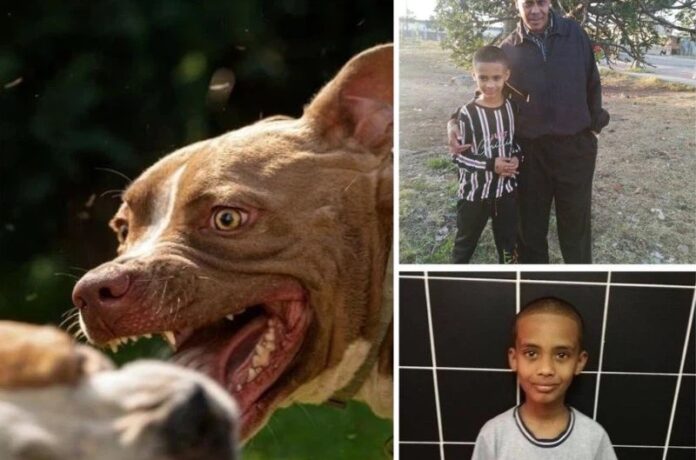 Condolences were extended to the family of 10-year-old Storm Nuku, who was beaten to death by two of his family’s pit bulls at their home in Gqeberha on Monday afternoon.

Social media users have since reacted to what many call an “avoidable incident,” with dozens of netizens wondering how the 10-year old was left with two pit bulls in the first place.

It is alleged that the police were alerted to the scene at around 1:15 pm and when they arrived, they shot the two dogs inside the house, in a bid to stop them from further attacks.

“At this point it is unclear what happened when the two dogs turned on the boy. He succumbed to his injuries at the scene,” Naidu said.

Two other children were found in the house when police arrived and were unharmed.

“RIP my storm. God knows best. We will certainly miss you. You called me back last week. You said, “Hey, won’t you see me?” I didn’t know it was your last kiss. Rest in peace my angelic son, my heart is broken,” the post reads.

The Sizwe Kupelo Foundation has called for pit bulls to be banned as pets in South Africa.

“We cannot continue to lose youngsters like Storm Nuku to these ferocious dogs who have repeatedly demonstrated that they should not be kept as pets,” the organization said.