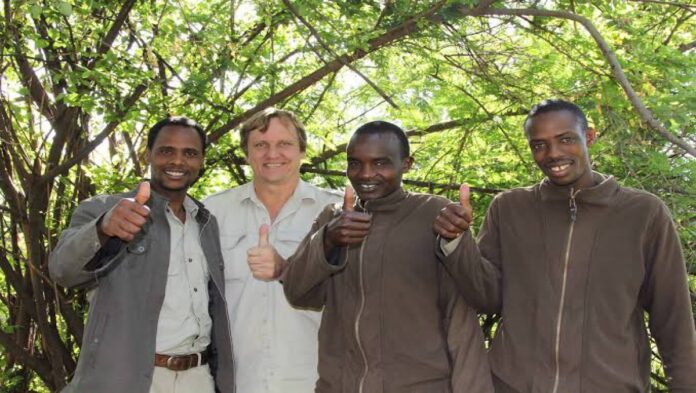 A court in Tanzania has sentenced 11 people to death for the 2017 murder of famed anti-poaching activist Wayne Lotter.

Conservationist Lotter, a 51-year-old South African living in Tanzania, was the founder of the PAMS Foundation, which worked to stop elephant poaching and ivory smuggling in the East African country.

He was shot dead in Dar es Salaam when the taxi he was traveling in was robbed.

The exact reason for his death is still unknown, but Lotter’s colleagues believe he was singled out for his work protecting elephants.

Nine Tanzanians and two citizens of neighboring Burundi were among those sentenced to death on Friday.

Supreme Court Justice Leila Mghouniye said there was overwhelming evidence linking the 11 to the two charges: conspiracy to commit murder and murder.

“Some of the suspects have confessed to attending the conspiracy and murder meetings in their statements taken by the police,” Judge Leila Mgounieh said in court.

“The evidence presented was strong enough to convict her.”

Death sentences are common in Tanzania but are usually commuted to life imprisonment.

The last execution in the country took place in 1994.

Tanzania is one of the African countries hardest hit by elephant poaching, with over 66,000 elephants lost in 10 years, but prevention efforts have meant poaching has declined in recent years.