15 Mauritian Dishes You Need To Try 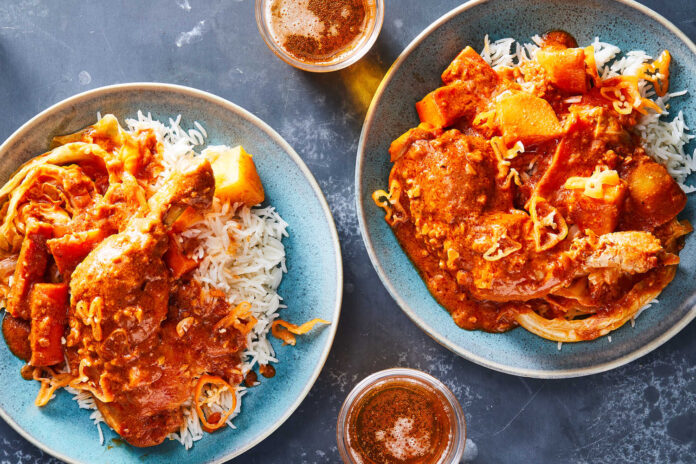 If they say variety is the spice of life, Mauritius has a lot of spices in its blood. This little country’s cuisine is as diverse as it can be due to the number of cultures thriving side-by-side.

Mauritian dishes have been influenced by various international cuisines, however, there are some traditional foods that have endured through time.

Traditional Mauritian dishes tend to be simple and easily accessible for the majority of islanders, though European influences have given an exotic flare to the way some meals are prepared.

Mauritius has a tropical climate, which means there is a huge variety of food available. Many tourists visiting Mauritius love to eat the local cuisine rather than dine in restaurants.

In this article, we will go through the top 15 Mauritian dishes based on their popularity and taste.

If you’re flying into the island soon and wondering what to eat, here’s a list of Mauritian dishes to indulge in:

Nothing says Mauritian more than the iconic Rougaille meal. This traditional Creole recipe is so flexible that it can go with virtually anything.

Rougaille, amongst other Mauritian dishes is a traditional Mauritian stew made with a tomato-based sauce flavored with spices such as ginger, chillies, coriander, onions, or curry leaves.

The meal is quite ﬂexible, so after the sauce is made, fish, meat, seafood, or vegetables can be added to suit personal tastes.

Vegetables and other exotic ingredients, such as tinned sardines, sausages, and corned beef/mutton, can also be included.

There are several rougaille varieties on the island, and each family has their own recipe. The stew is best served with rice and a fresh salad on the side.

Dholl puri is a wrapped flatbread from Mauritius that is tiny and pan-fried. It is the island’s most popular street cuisine, filled with everything from rougaille to chutneys to kheer rice pudding.

The dish is eaten all day, either for lunch or as a snack. The ingredients used in the dholl puri are what make it distinctly Mauritian.

It is an Indian-style flatbread that may be found anywhere, including street stalls and restaurants.

A lengthy queue of people on the street usually signifies the presence of a vendor, where you may pick your fillings and enjoy a cheap, filling meal. These flatbreads are also regularly seen at celebrations and weddings.

Daube de poulet is a traditional Mauritian meal with French origins that consists of fried chicken with spices, ginger, onions, and garlic.

Afterwards, the meat is cooked in a thick tomato sauce with chilis. Originally brought to Mauritius by French colonisers, the original daube recipe was later replaced with chicken by locals.

On the island, daube de poulet is typically served with rice.

Farata, a layered, flaky, pan-fried flatbread, is the Mauritian equivalent of Indian paratha. It is made up of three main ingredients: flour, water, and oil.

Faratas is typically served warm with spicy curry dishes or any type of chutney. In addition to Farata, Roti Chaud is served with chutney and curry. They are frequently available on the streets and in front of all Indian eateries.

Poisson aigre doux is a classic Mauritius fish dish. Fried fish in a sweet and sour sauce is the main course.

The fish is cut into pieces and coated in beaten eggs before being rolled in corn flour and fried in hot oil.

After sautéing the vegetables in oil, they are combined with soy sauce, vinegar, and sugar. The fried fish is added to the frying pan, and the mixture is briefly cooked before being topped with scallions and served hot.

The sauce is often made using flour, butter, milk, nutmeg, bay leaves, salt, and pepper. The fish is simmered until fully done before being covered with the bechamel sauce, which should be neither too thick nor too thin. The meal is frequently topped with parsley before serving.

The jackfruit slices are softened by bleaching them in boiling water. After being sautéed in oil until fragrant, the onions, ginger, garlic, and spices are combined with tomatoes, potatoes, a little water, and jackfruit.

Over medium heat, the dish is simmered until every component is well-cooked and tender.

A batter-dipped, deep-fried flour dough wrapper stuffed with things like pork, prawns, veggies, or poultry is known as hakien in Mauritian cuisine.

It is plausible to claim that hakien was influenced by Chinese cuisine given the resemblance to the well-known Chinese spring rolls.

It is frequently offered as an appetiser with a chutney or a chilli-garlic sauce on the side for dipping.

A typical flatbread from Mauritius is called roti chaud. This snack is essentially a roti flatbread stuffed with gros pois, or butter bean curry, and rougaille (a tomato-based sauce).

A variety of pickles and chutneys are served alongside the filled and wrapped flatbread.

While grois pois is typically cooked with a mixture of butter beans, tomatoes, stock, coriander, garlic, and ginger, rotis are typically produced with a combination of flour, oil, warm water, and salt.

The meal is offered at restaurants in Mauritius, but it can also be made at home, transported behind a motorcycle and sold on the street.

They are the same as rotis in India. In any case, trying Indian rotis in Mauritius is a fantastic experience.

The other ingredients are combined with the split peas in a food processor, and the mixture is then formed into little balls and fried in oil until golden and thoroughly cooked.

In Mauritius, this dish is frequently offered at food carts, although it can also be prepared at home. Breakfast usually consists of buttered white bap bread and gateaux piments.

The Cantonese people that live in Mauritius are the ones who created boulettes, commonly referred to as Mauritian Dim Sum.

Depending on the flavour, these steamed dumplings are typically prepared from fish, minced meat, prawns, calamari, and chayote.

Another variation of Chinese dumplings is called boulettes. Dim sums are transformed into Boulettes when they are served with a delicious bouillon.

You can make dumplings using meat, pig, fish, or even vegetables. Boulettes are also prepared by street vendors in Port Louis’ Chinatown.

The dumplings can be served alone with chilli or in a clear soup with stock and chives as a garnish.

Although boulette is available around the island, Grand Bay is arguably the finest location to find it. When it’s raining or during the chilly Mauritian winters, boulette is the ideal dish to serve.

Bol Renversé is one of the well-known Sino-Mauritian meals. This is known as the “Upside Down Bowl” in English, but it is also frequently seen in most neighbourhood restaurants and cafes under the name “Magic Bowl.”

Bol renverse is also a form of biryani that has three layers: a fried egg, chicken or seafood that has been stir-fried with vegetables and sauces, and then boiling rice.

The soy sauce, oyster sauce, and a variety of vegetables—typically Bok Choi (Chinese cabbage), mushrooms, and carrots—are combined to make the thick sauce.

Chop suey is then topped with egg before additional meat can be added, such as chicken, shrimp, or thin strips of meat, though chicken is the most common option.

The fried egg is added to the bowl first, followed by the chicken and vegetables in a frying pan, and then the cooked rice. However, it is turned upside down when being served.

The way the ingredients are plated—the egg is placed first, then the chop suey base, then the cooked rice—makes this dish stand out. There are a few Mauritius restaurants in Port Louis that serve it.

One of the most well-known foods on the island and a favourite of almost every Mauritian is biryani.

Although this dish originates from the Indo-Islamic community in Mauritius, it has been altered with a flavorful combination of spices to suit Mauritian appetites.

Then, it is slowly cooked with potatoes, beef, poultry, or shellfish, typically in a steel pot called a “deg.”

One of the variations of Mauritian biryani is Hyderabadi biryani. Long-grained Basmati rice, yoghurt, and a vast variety of spices are used to make the flavorful rice.

Additionally, potatoes are added to the bottom of the saucepan to stop the rice from burning or sticking.

The best location to eat Mauritian biryani is said to be Le Tandoor, which is close to Grand Bay.

Not only are fried noodles a typical meal in eastern Asia, but they are also popular in Mauritius.

The Cantonese/Hakka word for noodles, Mein, and the French word for fried, Frite, are combined to form the name Mine Frite.

This delicacy, which is popular locally under the name Mine Frite, is essentially Mauritian-style fried noodles.

With cabbage, carrots, and other vegetables, along with chicken, shrimp, and occasionally thin strips of pork, fresh noodles or egg noodles are stir-fried in a heated wok.

Salt, pepper, fish sauce, and black soy sauce are used to season the food. For those who want their food spicy, it is topped with garlic sauce and chilli paste and served with strips of fried egg.

Even though Sept Cari (7 curries) is traditionally associated with particular festivals and festivities, all of the island’s ethnic groups enjoy eating it.

Though it can be found in restaurants, this vegetarian dinner is typically served at Hindu weddings or other special occasions.

A fried flatbread served on a banana leaf called “ti puri” is served alongside seven or more vegetable curries.

Unquestionably, Mauritian dishes are a fusion of various culinary traditions. Your food tour in Mauritius will satisfy your taste buds if you include these foods on your list.